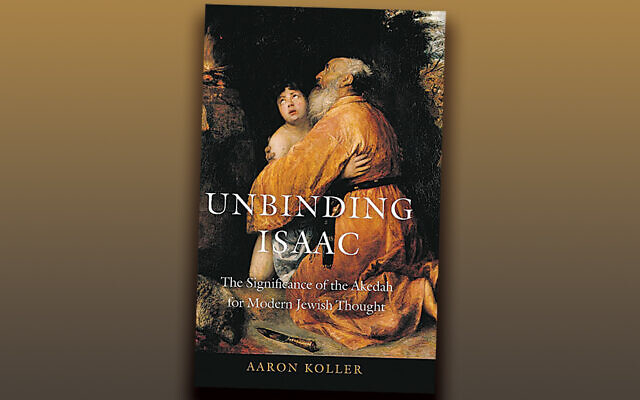 In trying to explain why it was that God commanded Abraham to sacrifice his favorite son, Isaac, the book of Jubilees, a non-canonical book written in ancient Israel around 180 BCE, credits Satan with the suggestion. Borrowing from the biblical book of Job, Jubilees rewrites the story of the binding of Isaac by inserting Satan into the tale, having him approach God and raise the question of how faithful Abraham would be if God demanded that Abraham sacrifice his and Sarah’s only child.

Readers, both ancient and modern, have struggled with how to justify God’s asking such an awful sacrifice of Abraham, the presence of the Devil in the story be damned (though the Talmud, composed hundreds of years after Jubilees, also inserts Satan into the story). All members of Abrahamic faiths have had to wrestle with the legacy, and lessons, of the heart-rendering near-slaughter of Isaac. Recent works like Rutgers professor James Goodman’s “But Where is the Lamb? Imagining the Story of Abraham and Isaac,” and Harvard professor Jon Levenson’s “Inheriting Abraham: The Legacy of the Patriarch in Judaism, Christianity, and Islam,” have offered surveys of the tale’s interpretation over millennia (including modern examples from Bob Dylan, Elie Wiesel, and the Israeli writer A. B. Yehoshua) and emphasizing the ways that the opacity of the 19 biblical verses have allowed for wildly divergent understandings. Along comes Aaron Koller’s new volume, “Unbinding Isaac: The Significance of the Akedah for Modern Jewish Thought,” published by JPS, offering a novel suggestion for how to read what is arguably the Bible’s most well-known episode.

Koller, chair of the Jewish studies department at Yeshiva University’s Yeshiva College, unlike many earlier analyses, lays out the contemporary stakes of the story. “In every generation,” he writes, “readers have turned to it for help in thinking about the most difficult and traumatic aspects of their own religious lives and in turn have bequeathed to the text a profound, intense, multivalent set of meanings upon which others can draw.” At the core of Koller’s reading is his argument that on some level God did want Isaac to be sacrificed, “because it is in fact a remarkable display of devotion.” But, Koller argues, when Abraham is told by an angel, at the final moment, not to sacrifice Isaac, that demonstrates that God “more does not want child sacrifice, because it would violate the autonomy of the child as a person.”

Koller marshals an impressive array of diverse sources to demonstrate how the near-sacrifice of Isaac has been used throughout the ages as a prism for processing the loss of a child, from poetry (Jewish and Christian, Syriac and Yiddish), to chronicles of medieval crusades (during which many Jews chose to kill their own children lest they be forced to convert to Christianity), to the Holocaust’s claiming of over a million children’s lives, to laments over fallen young Israeli soldiers.

Koller then shifts his focus to lay the groundwork for his central thesis, arguing against what he sees to be the prevailing interpretation of the Akedah as first articulated in the 19th century. During that period, “what it meant to be ‘religious’ within society was the key issue of the day,” he writes. To the influential Danish philosopher Søren Kierkegaard, “it was not enough to be Danish; one had to be Christian in a personal sense.” And for Jewish contemporaries like the sage known as the Malbim, “to be a Jew in Europe … had to be a function of personal faith.” Both thinkers “found their model in Abraham, who was prepared to suspend the universal for the personal call of God.”

Tracing echoes of Kierkegaard’s emphasis on Abraham’s heroism through the latter’s ability to suspend his natural ethical desire in preparing to sacrifice his son at God’s command, Koller then sets his sights on the renowned 20th-century theologian Rabbi Joseph B. Soloveitchik. In Koller’s words, “To Soloveitchik, Abraham had to kill Isaac because the ‘breakage of human will’ was the whole purpose of sacrifice, and of the Akedah in particular.” Koller then demonstrates how, in Soloveitchik’s mind, the Akedah’s idea of sacrificing one’s personal will stands at the core of the religious experience as a whole. Writing on the topic of prayer in 1979, Soloveitchik says: “The law of sacrifices demands the sacrifice of a human, in the form of an animal. The spirit of man, clothed in the body of an animal, is sacrificed to God…. Build an altar. Arrange the pieces of wood. Kindle the fire. Take the knife to slaughter your existence for My sake – thus commands the awesome God who suddenly appears from absolute seclusion. This approach is the basis of prayer. Man surrenders himself to God.”

Koller argues with this approach on interpretive and practical grounds. On the interpretive level, he points out that the sacrificer (Abraham) was not the one being sacrificed. Rather it was Isaac who was going to perish, a distinction elided in Soloveitchik’s analysis. Secondly, the emphasis on self-sacrifice and isolation in prayer doesn’t align with normative Jewish practice’s emphasis on prayer as community-forming practice. As Koller writes,

“….when in a synagogue praying, a woman or a man is emphatically not alone… the fact that there are other pray-ers with him changes his own experience…. The Akedah cannot be the model here: Abraham was not engaged in self-sacrifice, but in the killing of another human being… children, like all other human beings, cannot be mere adjuncts in someone else’s religious experience.”

Cautioning against using an “Akedah theology” to wave the flag of “self-sacrifice” while causing another to suffer, Koller points to what he sees as contemporary examples of Akedah-like intentions. In the book’s conclusion, Koller writes that reading the Akedah in a manner that allows for the suspension of natural ethics when faced with God’s command would fail to explain why anti-vaxxers, polygamists, those who refuse contraceptive coverage in health insurance plans, and religiously motivated terrorists are wrong in their actions (though he concedes, to the relief of the reader, that these acts are not to be equated morally).

While appreciating Koller’s interpretive analysis up to this point, including his shifting the focus of whose sacrifice is really being asked for from Abraham to Isaac, one can ultimately disagree with his conclusions. The biblical text is explicit that Abraham’s future lay in Isaac, the covenantally chosen son. Thus, a sacrifice of Isaac would, on some level, mark the end of Abraham as well (though, granted, it would hurt Isaac more). Furthermore, the Akedah itself seems to articulate its own message: “I swear by myself, declares the Lord, that because you have done this and have not withheld your son, your only son, I will surely bless you and make your descendants as numerous as the stars in the sky and as the sand on the seashore. Your descendants will take possession of the cities of their enemies, and through your offspring all nations on earth will be blessed, because you have obeyed me. (Genesis 22:16-18)”

It would seem to be that on some level, from the perspective of God, Abraham did sacrifice Isaac. After all, the Lord says, “because you have done this and have not withheld your son.” The story does not indicate that Isaac is meant to be free to choose his own path, unbeholden to another. Rather, the biblical verses themselves indicate that Abraham’s descendants, through Isaac, will carry on their divine covenantal duty in the land of Israel, serving as a blessing therefrom to all the nations of the world. Isaac, like his father, is meant to live a life of commandedness, serving as a key chain in the very founding of the Israelite covenantal continuity.

Richard Baukham writes, in “The Bible in Politics,” “the law and the prophets cannot be instructions for our political life, they can be instructive for our political life.” A biblical text cannot be held responsible for the infinite possibilities of human immorality, nor can it be asked to control against its misuse in contemporary political debates. The best we can hope for as contemporary readers of the Bible, as I imagine Koller would agree, is that those who mine its timeless wisdom be both sensitive to the text, and, as importantly, to their fellow citizens.

Rabbi Dr. Stu Halpern of Englewood is the senior advisor to the provost and senior program officer of the Straus Center for Torah and Western Thought at Yeshiva University. He is the editor of, among other works, “Proclaim Liberty Throughout the Land: The Hebrew Bible in the United States” (Toby Press, 2019).