Six months ago, Rabbi Tirzah Firestone agreed to come to Teaneck to speak at Congregation Beth Sholom there.

The congregation has an annual program to commemorate the Holocaust around the time of Yom HaShoah. Rabbi Firestone made a logical speaker. Her book, “Wounds into Wisdom: Healing Intergenerational Jewish Trauma,” which came out a year ago, is about the legacy of the Holocaust’s trauma and how to overcome it.

On Sunday, the lecture will go on as scheduled, but it all will be done over Zoom. (See box.) And the topic of trauma is even more timely.

“For many Ashkenazi Jews, our historical trauma is stimulated by current events,” Rabbi Firestone said. “The pandemic is a more traumatic time for those of us with Holocaust lineages.” 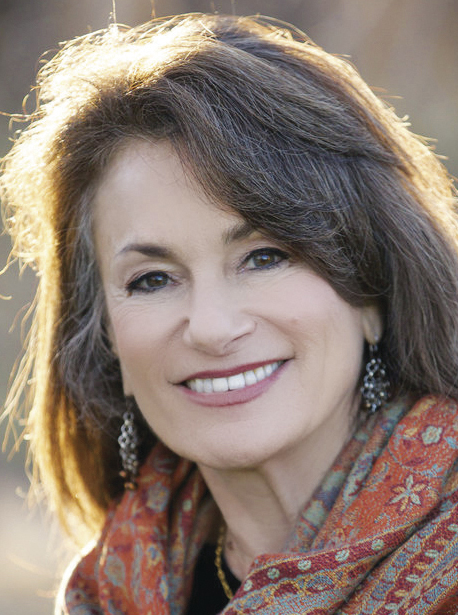 In her book, Rabbi Firestone writes about the impact of her parents’ Holocaust trauma had on her. Her mother had fled Germany on the Kindertransport when she was in her teens; her father was an American Jew whose army service took him to Bergen-Belsen shortly after it was liberated. She says that she and her siblings were affected both by nurture — how the trauma changed who her parents were and what their concerns were — and by nature, in how trauma modified the genes her parents passed on to her.

“Epigenetics is a relatively new branch of science that is still controversial,” she said. “It looks at how gene expression is changed through environmental stresses such as historical traumas. Epigenetics is a field that is simply confirming what many of us have thought and felt for so long.

“When somebody has gone through an overwhelming historical experience, an extreme life experience, and it is impossible to metabolize that experience and to process it, because of the urgency of the moment or the abruptness of the violence — these things linger and come out in other ways. They come out in the unconscious and they also translate into the transmission for the next generation.”

Rabbi Firestone said she has heard many stories from the children and grandchildren of survivors that are “very uncanny.

“There’s no clinical evidence of how a nightmare could skip a generation and come into a child,” she said. Yet she knows of a woman whose first memory is of a recurring dream “of the war trauma of her grandfather, whom she never met.”

“How could she possibly have known that as a 4-year-old? 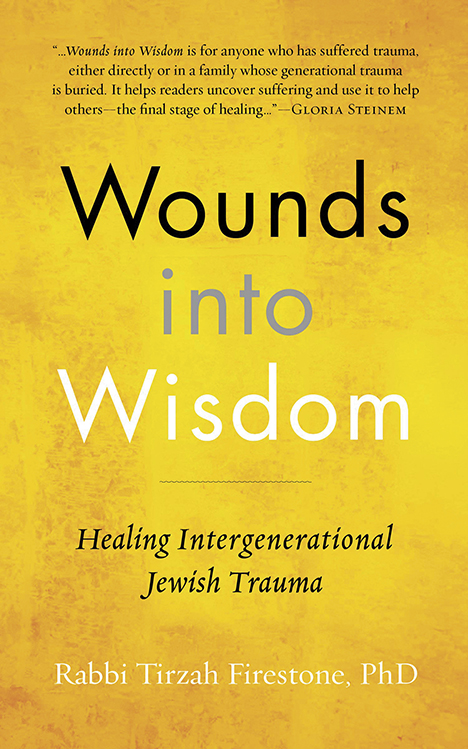 “This one of many unbelievable stories I’ve come in to that are not yet evidence clinically. So many third generation survivors have these experiences. It’s mysterious. It’s sacred. It occurs to me and many of us that we are so interconnected through the generations of our family and beyond.”

The heirs of this Jewish trauma “have to work together to metabolize these histories so we can harvest the beauty and holiness and resilience and bravery, the loyalty and survival, all the good things we have carried throughout history,” she said.

So how are we to deal with trauma, whether inherited or directly experienced?

“Don’t allow it to take over,” she said. “Don’t allow the fear and anxiety to cripple you. And take meaningful action.

“In my book, Jews from all over the world, who have gone through the worst possible tragedies, tell how they surmounted the trauma they went through. One of the things they all said was to face into what has happened to you and harness the power of the pain that you’re feeling. Do something. Pick up the phone and give someone comfort. Give someone a smile, even if you have a mask on. Give a wave across the street. Write a tzedaka check. Do something that is a meaningful step to rebalancing all that is unbalanced right now.

“Sometimes it’s a real struggle when you’re feeling incapacitated. It’s important that we’re drawing on the courage and resilience of our ancestors who went through everything and survived horrendous things that were also unprecedented. They somehow seized the reins of their lives and did the best they possibly could,” she said.

The present moment “has a very strong reverberation for people who are sensitive and feel the weight of history and are now feeling the weight of this particular moment of history. With the rise of anti-Semitism again, with the hypernationalism that’s rising around the world, and now with the virus that’s allover the world, it’s a very sensitive moment.

“You have to do a lot of self care and a lot of interconnecting with one another. Community has never been so important, despite the fact that we can’t touch each other.

“It’s about bringing our sagacity and out collective wisdom to the moment and remembering that our ancestors have lived through hellacious times and made it through. We are here. Now it’s our time to face the moment with courage and strength and to call on the ancestors for help and guidance.”

Where: Virtually, on Zoom. Register at www.cbsteaneck.org.