When Marci Fine was 13 years old, she appeared in a production of “Once Upon a Mattress” at the JCC in West Orange. She played a lady in waiting; “waiting to get married,” she notes.

The experience was enough to convince Ms. Fine, who grew up in Caldwell and went to elementary school at the Hebrew Youth Academy (now the Joseph Kushner Hebrew Academy in Livingston) that show business was her calling.

“We had MTV at home and we used to watch the music videos when I was a kid,” she said. “I was always betting my brother I would make it into one of them. I wanted to be a rock star.”

She briefly attended the Frisch School in Paramus, but left because “the days were so long. I’d wake up in the dark. Come home in the dark.” That left little time for community theater and the other art pursuits that were her passion.

She went to Rutgers, minoring in theater, and briefly tried graduate school, working toward an advanced degree in library science. That was mostly to please her parents. There were straight jobs — on the trading floor of a Wall Street firm, as an office manager at a synagogue. But always the alluring smell of greasepaint and the roar of the crowd always were in her head.

It is not news that show business is a difficult life. Parts in theatrical productions were few and far between and likely small: woman on patio, mom in car, reporter. 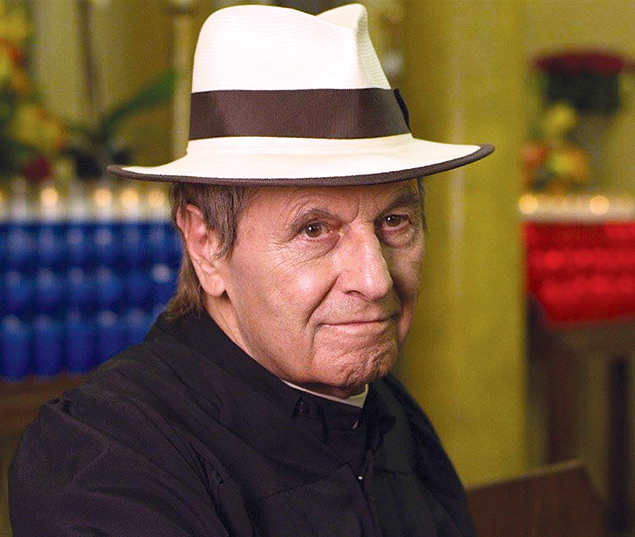 But she was persistent.

“Before the pandemic I would get five to eight auditions a week, some for voiceovers and commercials and once a week or every other week for a movie or TV show,” she said. “It’s a little slower now, but everything, every audition, is from home, which is convenient.

“No one can imagine the roller coaster the acting profession takes you on, the highs and lows. You are so ecstatic when you get a part and sometimes you are so low you can watch the paint peeling off the walls.”

But, Ms. Fine adds, she doesn’t have a choice. “Sometimes you choose your job. Sometimes it chooses you.” So acting it is.

Obviously, the reason we are having this conversation is because she landed if not a lead part, then close to one: a featured role in “Tango Shalom,” a film that was made about five years ago and now is making the festival rounds, including a stop at the Brooklyn Film Festival, June 4 to 13.

Ms. Fine originally auditioned for another role, got a call back, and was called in again to be considered for the part of Marina. Her presentation made director Gabriel Bologna laugh, so she got the part.

The film has an interesting backstory. It was conceived by two brothers, Jos and Claudio Laniado, Argentinian-raised Egyptian refugees who wound up in New York. They wrote the script in part as an homage to the dance they grew to love growing up in Buenos Aires. 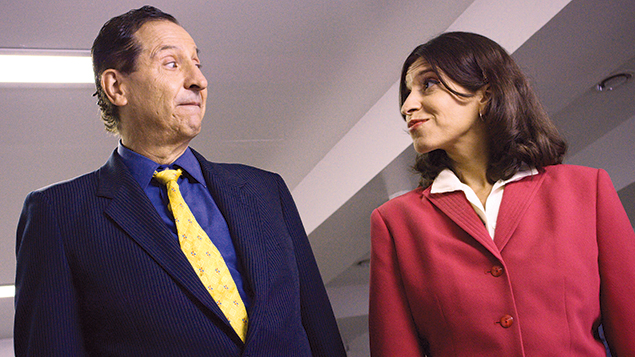 But we’re not talking Buenos Aires here. The film is set in what a character early on describes as the Promised Land that God offered to the Jews millennia ago: Crown Heights. As in Brooklyn. It is here that the chasidic Rabbi Moshe Yahuda, played by Jos Laniado, finds that his fortunes are declining. He can’t make the rent on his Hebrew school.

His once wealthy brother, Rahamim — played, of course, by his real-life brother Claudio — can’t help because he faces possible indictment for illegal stock trading. In fact, he’d hoped that his rabbi brother could spare a loan to help pay for his wedding to Marina Zlotnick. (That’s Ms. Fine.)

Rounding out the top players are Lainie Kazan as Marina’s mother and Renée Taylor as the Yahuda’s mom. To use the word over-acting for either of them would be an understatement.

Moshe must pound the streets outside his immediate neighborhood in search of employment. Waiting for a bus, he hears the pulsating sound of tango music coming from a Latin dance studio. Moshe fancies himself something of a (hora) dancer; his fancy moves as he watches through the store front window catch the eye of instructor Viviana Nieves (Karina Smirnoff, of “Dancing With the Stars” fame).

As we all know, timing is everything. While the pair are in mid-conversation, Viviana’s soon-to-be ex-boyfriend calls to inform her that he won’t be dancing in the upcoming televised tango contest with her, but another woman. Go figure.

Viviana (she later confesses that her real name is Vivian Bernstein) is devastated. She needed the six-figure prize money to pay for medical treatment for her ill daughter. Yahuda needs the money to help pay for his brother’s wedding. I will leave it up to all the screenwriters reading this article to suggest what happens next. Correct. They decide to team up.

Yes, a bit over-the-top. Did I say a bit? The problem, of course, is that Yahuda is not allowed to touch a woman who is not his wife. But how do you dance the sexy tango without touching your partner? Yahuda contacts his sect’s leader, Rabbi Menahem (Bern Cohen, who plays the rabbi in “The Marvelous Mrs. Maisel”), who has no solution to offer.

In desperation, Yahuda seeks answers from a priest, played by Joe Bologna, an imam, and a Hindu holy man. Ultimately, he comes up with a solution — no spoiler alert here — that is either extremely inventive or extremely silly.

The film already has won awards at the Jaipur (India) International and Montreal Independent Film Festivals, among others. No matter how it fares in the United States, it has been an extremely positive adventure for Ms. Fine.

“Filming in Crown Heights was truly an interesting experience, watching the chasidim going about their daily business, shopping inside the kosher bakeries, and seeing all the ‘We Want Moshiach Now’ signs posted outside storefronts,” she said.

It is the first film to shoot at 770 Eastern Parkway, the world headquarters of the Lubavitch movement. And one important scene was shot in a house where the homeowner told Ms. Fine that “he knew the rebbe, Rav Schneerson, who told him to buy that home,” she reported.

Another plus for Ms. Fine: “It was great fun working with Lainie Kazan and Renee Taylor. They were really hysterical on and off screen.”

On the downside, filming began shortly after Joe Bologna was diagnosed with what proved to be terminal cancer. (He died in 2017.) Filming was arranged around his chemo treatments.

“Only a few of us heard that he was ill,” Ms. Fine said. “But it wasn’t discussed too much. We didn’t talk about that on set. I know Joe, Renee, and Gabe enjoyed working on the movie together. Then later, when we learned of his passing, everyone was upset.”

Since then, Ms. Fine has filmed two small independents. She’s even tried stand-up. And she refuses— or at least tries to avoid — getting depressed. “Anyone can get discouraged at any time,” she said. “You have to keep yourself busy, stay in the game. You have to work on a new project and work on yourself.”