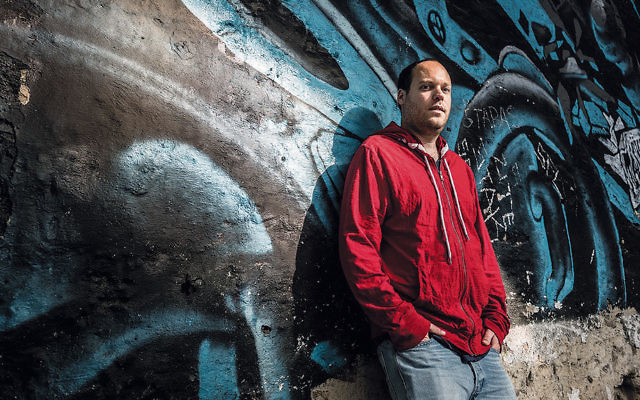 What is the scent of orange groves uprooted and paved over long ago?

This ghostly perfume is a poetic conceit that defines the difference between “Central Station” and the 20th century classics of science fiction it alludes to, pays tribute to, and in many ways improves upon.

“Central Station” is the translation of Hatachana Hamercazit, the central bus station in Tel Aviv that, in Lavie Tidhar’s imagination, has grown into a towering spaceport over the centuries. No doubt this image reflects how Tidhar saw the skyscrapers of Tel Aviv and the urban bustle of its bus station when he was growing up on a rural kibbutz in northern Israel, reading translated American science fiction.

Tidhar’s future Tel Aviv is in some ways like today’s: There are migrants, there are slums, there are Jews and Arabs and the Hebrew-speaking descendants of foreign workers. And there are buildings where orange groves once blossomed.

Los Angeles, too, is famed for replacing orchards with concrete. Early in “Central Station” Tidhar alludes to the stories of Larry Niven, one of America’s and L.A.’s leading science fiction writers — and my favorite when I was 12. But Niven never smelled the vanished groves of his home town. The future Earth and alien worlds of Niven’s stories are like his native Los Angeles — an eternal present of parking lots and department stores. His stories took place on worlds with freakish geologies, bizarre weather, and exotic biology — but his characters lacked a sense of place or history.

Tidhar lives in London and writes now in English, but he can be said to be the first Israeli science fiction writer to make the science fiction big leagues. “Central Station” made several of the field’s best-of-the-year lists last year. With its robots and spaceships and winks and nods to Niven and Frank Herbert and Isaac Asimov and Philip Dick, Central Station is old-school science fiction. Tidhar’s other recent works have played in genres bordering science fiction. “The Violent Century” is about superheroes. “A Man Lies Dreaming” is an alternate history/detective/Holocaust triple decker. Those novels grapple with the Second World War and are set in England, yet it is “Central Station” that seems more urgent. Perhaps because it asks the question: What does it mean to live in a science fictional future? 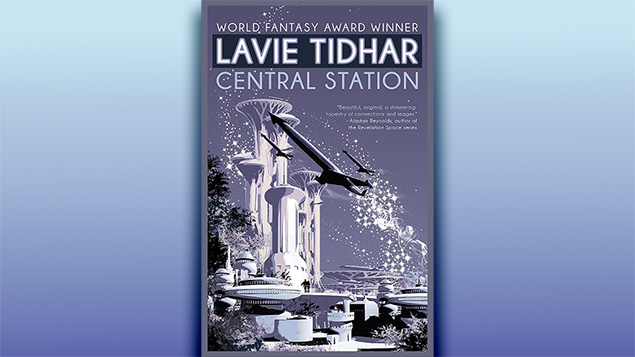 In the year 2017, we are all living in a science fictional world. The characters of “Central Station,” living centuries from now, take part in the Conversation, “that endless chatter of human and machine feeds a modern human would feel deaf and blind without” — that is to say, an extrapolation forward of the internet and social media. But in the book it is delivered via direct brain implant. In “Central Station’s” world, which borrows Niven’s pleasure-craving wireheads and Herbert’s fierce desert sandworms, this detail stands out for being not a product of past 20th century imagination but rather of an expansion from our present 21st century reality.

“Central Station” asserts that in the science fictional present, in the realm of what once was called future shock, people live the way people have always lived: with the mixture of love, longing, and loss that is unique for every person (or robot) yet is ultimately universal. The present looks different from the past and the future promises even more change, but the human feelings underneath remain the same. Young lovers, old flames reunited after decades, parents with children they love for all their incomprehensible differences, the forgotten veterans suffering from the last war or the war before that — and yes, the fondly recalled memory of the orange groves of long ago.

Unlike much science fiction, “Central Station” is not propelled by plot. In part that may be an accident of its history; it began as a series of related short stories. But the medium is the message. As in Clifford Simak’s City cycle, the setting and characterization common to the stories are more important than the arcs of drama that last for only a chapter or two.

The setting has brought Tidhar criticism from one of the online arbiters of Zionist correctness, who presumably would have liked to see more, well, Zionism from Israel’s most successful science fiction writer (albeit one who no longer writes in Hebrew and has been an expatriate for many years.) Tidhar’s future Tel Aviv is home to Jews and neighboring Jaffa to Arabs, but 20th century boundaries matter no more in the world of “Central Station” than American state boundaries matter in our world. There is an Israel and an adjacent Palestine, but the details of their demarcations don’t concern Tidhar’s protagonists. What matters for them are places and people and their histories. The people do not fit the idealized categories of proud Zionist or ardent Jew. Rather, every identity is both normalized and a bit askew. Readers of “Central Station” will meet multiethnic Hebrew-speaking gentiles who worship at the shrine of St. Cohen (who was an artificial intelligence researcher in the distant 21st century past, if I have my Tidhar mythos straight); an orphan boy of no fixed faith with a genome of dubious copyright status; a Jew whose passion is the forgotten paperbacks of the 20th century; a decaying mechanized war veteran who still thinks in Battle Yiddish; an Arab altenzachen man (that’s the Yiddish term for a itinerant peddler of used goods) ; and a robot cleric who performs the most halachicly and anatomically correct circumcision I ever hope to read.

And there is the ghostly scent of the orange groves. Because amidst the loves and the fears, Tidhar reminds us of the intoxicating and invigorating power of longing and nostalgia, even nostalgia for a vanished future.