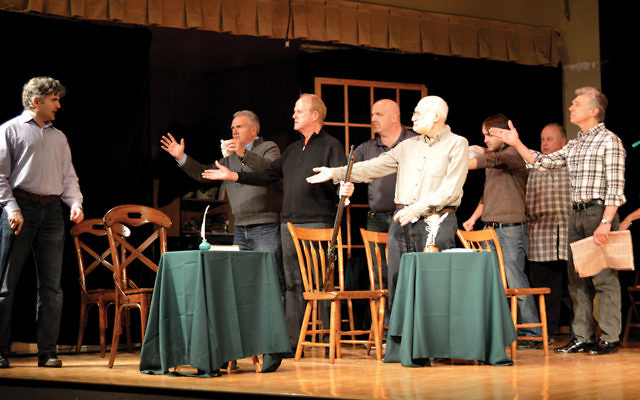 Of course, Alexander Hamilton the person came before 1776; he was born in the 1750s (historians aren’t sure of the exact date) and died, in 1804, in Weehawken, in Hudson County, on a ledge high above the river.

But the musical “1776” opened on Broadway in 1969, in a time perhaps as tumultuous as ours (and won the Tony and the New York Critics Circle awards for that year’s best musical); “Hamilton” opened in 2015 (and won the same awards, and it’s still nearly impossible to get a ticket for it).

“1776” was an unusual and surprising musical, talky, with a large but almost entirely male cast. It was about ideas. It was possible, for example, to learn not only about some of the men, the Founding Fathers, who signed the Declaration of Independence, and why they signed it, or why they didn’t sign it, and about how hot it was that summer in Philadelphia, and about the Lees as a First Family of Virginia, and that Thomas Jefferson played the violin, but also about the triangle trade — “Molasses to Rum” — and how prim New England also was complicit in the slave trade. (“Molasses to rum to slaves,” the devastating lyrics, set to a lovely tune, tell us.)

Starting this Saturday night, the Palisades Players at the Kaplen JCC on the Palisades in Tenafly will present “1776.” (See the box for details.)

“It’s an interesting story,” Julian Millstein of Teaneck, one of the founders of the Palisades Players and a “1776” co-producer and actor, said. “We wanted to do something that’s connected with today, and what was connected with today was a very contested election that raised many issues about what this country is about.” (And of course “Hamilton’s” popularity was not lost on him either.)

“1776 is a great show,” Mr. Millstein said. “And you don’t see community theaters doing it very often. It is talky — parts of it are really a drama. It has the longest stretch without music of any Broadway musical ever. But it was good for us — it has a large cast.

“It was quite a reach for us. This is our fourth full-scale production, and our first musical. But you have to go for it.” 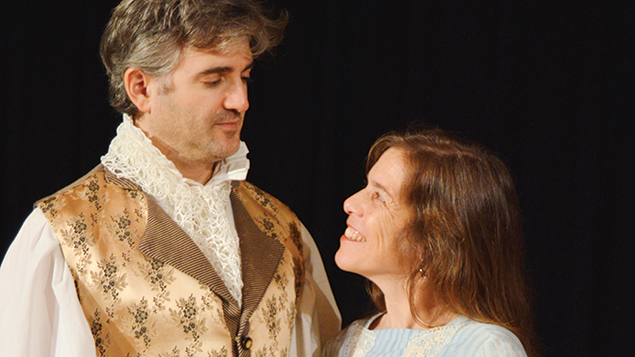 There’s also something Jewish about “1776.” Sherman Edwards, who wrote the music and lyrics, was from Weequahic; like just about everyone else from that Newark neighborhood, he was Jewish. He lived most of his life in Parsippany. He taught history in high school for some time — which makes so much sense, given “1776”! He also was a rock ‘n’ roll composer whose work includes “See You in September.” The book was by Peter Stone, whose father was a history teacher, and also was Jewish. He was the first writer to win an Oscar, an Emmy and a Tony.

But it’s not only “1776’s” creators who were Jewish. There is something in the play’s DNA. “We saw the connection between the Founders — so many of them came from New England, like John Adams and John Hancock, both from Massachusetts, and others from Connecticut and Rhode Island. Their education was steeped in the Old Testament. They all learned Hebrew as an ancient language in college.”

Mr. Millstein pointed to the first seal of the brand-new United States, designed by Adams, Jefferson, and Benjamin Franklin, right after they signed the Declaration. “On the back side, it has the parting of the Red Sea. They saw the pilgrims coming to this country as the equivalent of the Israelites going to the Promised Land, and they saw King George as Pharaoh,” he said. “What’s on the Liberty Bell? ‘Proclaim liberty throughout the land, and to all the inhabitants thereof.’ Where’s that from? Leviticus!” (It’s from Leviticus 25:10, about the jubilee year.)

Mr. Millstein, who lived in Tenafly for 25 years and moved to Teaneck two years ago, is a semi-retired lawyer; his career took him to the top of very big law firms, and he now keeps his hand in by doing mediation and arbitration. But he always loved theater.

“I did theater as a young man, studied acting at Brandeis, acted during the early stages of my career,” he said. He’s been on the board of John Houseman’s Acting Company, and also studied at the American Academy of Dramatic Art. He’s got the bug for real.

So he and Deb Roberts, the director of the JCC’s drama school, started the Palisades Players.

“We chose ‘1776’ because it has four or five different elements that recommend it,” Ms. Roberts said. “We know that our audiences are generally intelligent, excited about ideas, and interested in seeing real quality.

“And we also wanted to bring theater of a certain quality and level to the Palisades Players that they could participate in. It doesn’t mean that they have to have a big role, but they have to be involved in it somehow.”

The cast is big — there are 24 roles — but only four of them are for women. There was not a Hillary Clinton equivalent among the Founding Fathers. Only two of the women’s parts are big, Abigail Adams and Martha Jefferson, “and we happened to have a perfect Abigail Adams and Martha Jefferson in our leadership council, which made it a wonderful idea,” Ms. Roberts said. Some women are playing men’s roles, Mr. Millstein added.

The three lead players are professional actors, “and a number of the other men are retired theater professionals,” he said. Some of the other actors are retired non-theater professionals — doctors, lawyers, and accountants. “We have a lot of really talented people,” he said. And their breadth of experience shows. “We have a fight scene, and one of the guys said that he had seen fight scenes up close — he went on a national tour of ‘Cyrano de Bergerac.’” That actor, he said, is not listed as a professional because he’s retired. “He has a tremendous voice.”

“You’ll see the quality of the show,” he added.