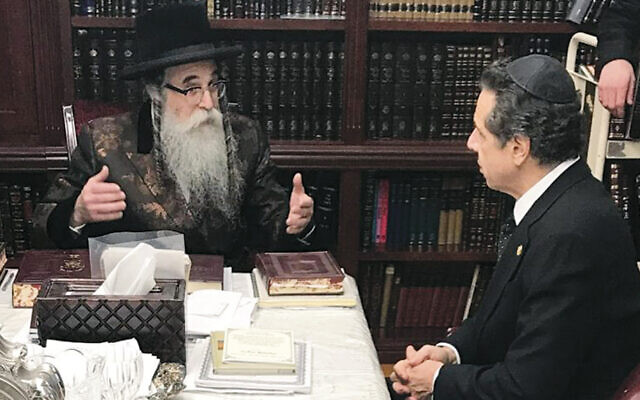 Saturday night’s attack in Monsey felt as close to home to me as the Christmas Day tumult here in Teaneck’s own Sammy’s Bagels.

You see, I grew up attending a shteibel that used to be the shul of Rav Menachem Rottenberg z’l, the father of Rabbi Chaim Rottenberg. While R. Rottenberg moved away when I was very little, our families maintained close ties. In fact, we would go to his Brooklyn shul every Hoshana Rabbah and every chol hamoed Pesach.

The Rottenberg family was the continuation of the Kosson chasidic dynasty. The family originally was based in Hungary but moved to California after World War I. Eventually some of them made their way to the Bronx, where Rabbi Menachem Rottenberg was born in 1927. Rabbi Chaim Rottenberg is the leader of the Monsey branch (and his brother leads the Kossener chasidim, who still are in Boro Park).

As a child, I found Rabbi Menachem Rottenberg intimidating. He was less a person then he was a force. However, I came to learn that his chassidus manifested as comfort.

Flashback to the mid 1990s. It was summer, and my family is visiting Israel. My father decided that today would be a good day to go shopping in the charedi area of Mea Sharim. I, being a punk, decided there’s zero reason to change what I was wearing. I had on a pair of ripped jeans and a Spider-Man 2099 T-Shirt.

We were on a random street when a little boy came up to us and started talking to my father.

My father translated for me. It was one of Rabbi Rottenberg’s grandchildren. They saw him from the balcony of their apartment and recognized him.

“Zaide is here from America and wants to wish you shalom!”

It was one thing to be dressed “like a bum” in front of random charedim, but in front of Rabbi Rottenberg?! The man had only EVER seen me in Shabbat clothes on Hoshanah Rabbah and chol hamoed.

As we trudged up the stairs, I felt like I was walking to meet my executioner. We came into a dining room where the elderly rebbe looked up from his seforim, and before he said one WORD to my father he smiled at me and exclaimed, “Oh! They still make Spider-Man comic books?!”

Goodbye tension. Goodbye shame. Goodbye guilt for not being in “Jewniform.”

With one question, Rabbi Rottenberg z’l made me feel validated as a person and as a geek.

And his son, Rabbi Chaim, the one whose house in Monsey was invaded, carries on his father’s gift.

I happen to look a lot like my father. Especially back when I wore a black hat.

One time I was at a wedding where three people had stopped to tell me how much I looked like my father. I rounded a corner and walked into Rabbi Rottenberg, who was the spitting image of his father, down to the golden robes.

Before I could say anything, he smiled and said, “I promise I won’t say it if you won’t.”

I loved that. That’s the Rottenberg gift, the ability to put people at ease.

One last note: our families go back even further than the Bronx.

It happened that on meeting my parents, Rabbi Menachem Rottenberg z’l was very struck by my mother’s maiden name.

“Yes,” responded my parents, to the rabbi’s excitement.

“And so Rabbi So-and-So is your uncle?”

He got very excited.

“Your father’s father was my father’s bootlegger!!!”

Mordechai Luchins lives in Teaneck with his family, where he runs the Laptop Project, a 501c3 that gets used technology into the hands of those who need it. His first novel is coming out in 2020 from Ben Yehuda Press.