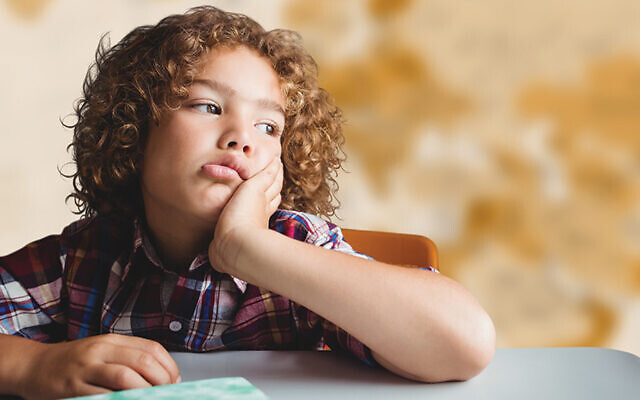 Recently, in The New York Times, investigative reporter Alan Schwartz wrote about an emerging diagnosis, “Sluggish Cognitive Tempo (SCT).” But people have been arguing for the past few decades about whether this diagnosis should exist at all. If you research what Sluggish Cognitive Tempo is, you will come across lots of controversial pieces of writing, but ultimately here is what scientists and psychologists have to say about it.

•  Is similar to the “inattentive” category of ADHD in the lack of focus on detail, reluctance to perform tasks that require serious mental effort, and a tendency to lose objects.

•  Is different from the “inattentive” form of ADHD in fundatmental ways:

•  Lethargic or more tired than others

SCT was first talked about in the 1980s and has continued to be discussed in the 30 years since. The Journal of Abnormal Child Psychology recently devoted over a hundred pages of their January issue to the study of Sluggish Cognitive Tempo. One of the authors in the journal posited that at this point there can be no doubt that SCT exists.

Dr. Allen Frances, professor emeritus at Duke University, picked up on Mr. Schwartz’s reporting (and was quoted in the article) and came out strongly against any diagnosis of Sluggish Cognitive Tempo. He writes, “Sluggish Cognitive Tempo is a remarkably silly name for an even sillier proposal. Its main characteristics are vaguely described but include some combination of daydreaming, lethargy, and slow mental processing. Its proponents estimate that SCT afflicts approximately two million children.” Dr. Allen Frances asserts that this diagnosis is simple a way for pharmaceutical companies to make money on a new disorder.

While it is currently impossible to prove SCT either exists or does not exist, it is possible to argue that perhaps both sides have some validity. Maybe Sluggish Cognitive Tempo is different from ADHD in fundamental ways and needs to be treated accordingly, or maybe SCT is simply an alternate form of ADHD. Or, perhaps SCT is something we all have at one point or another and do not need to medicate at all.

It’s probably easier to understand how Sluggish Cognitive Tempo is related to ADHD through an explanation of the different diagnoses of ADHD. Up until 1994 ADHD was known as Attention Deficit Disorder or ADHD. In 1994, it was renamed ADHD and broken down into three separate subtypes with specific characteristics. ADHD is defined as a problem with inattentiveness, overactivitiy, impulsivity, or a combination of the three.

•  Does not follow through on instructions and fails to finish schoolwork, chores, or duties in the workplace

•  Fidgets with hands or feet or squirms in seat

•  Runs about or climbs in inappropriate situations

•  Often “on the go,” acts as if “driven by a motor,” talks excessively

•  Blurts out answers before questions have been completed

Sluggish Cognitive Tempo is most closely related to ADHD, dealing with inattentiveness.

Right now, SCT isn’t considered a disorder in the official psychological diagnostic manual. Will it one day be included? Perhaps. Is it something to look out for in order to help your child fulfill his potential? Absolutely. If your child needs help focusing, there are many things you can do to help him succeed.

An acclaimed educator and education consultant, Rifka Schonefeld has served the Jewish community for nearly 30 years. She founded and directs SOS, an acclaimed education program servicing all grades in secular and Hebrew studies. She can be reached at 718-382-5437, rifkaschonfeld@gmail.com.