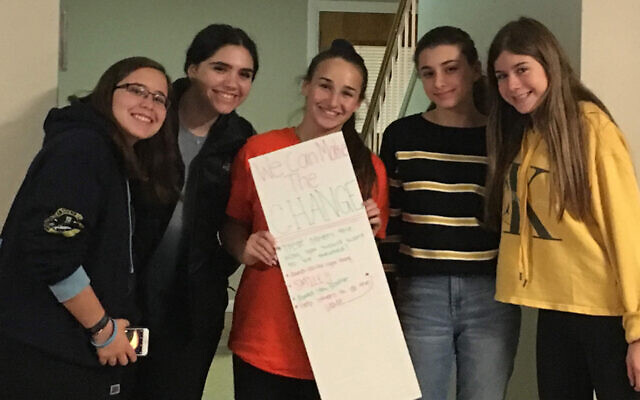 A group of CTeens who are making a big difference in the lives of other teens and their communities.

Out of hundreds of CTeen applicants, Shayna Solkowitz, an active member, and leader of CTeen Woodcliff Lake, a division of the Valley Chabad Teen Leadership Initiative, has been recognized in the international “8 Under 18: Yisroel Fund Leadership Awards,” which spotlights teens making a difference in their communities.

The eight winners were chosen because of the great impact they have had as young leaders of their local Jewish communities.

CTeens is Chabad’s high school age youth group that engages teens in Jewish social and volunteering activities. It is especially helpful for teenagers to learn more about their Jewish roots. 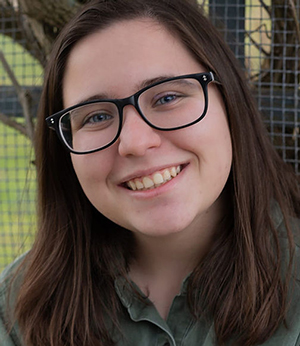 In her freshman year, Shayna, her three older siblings and their parents moved from Raleigh, North Carolina, to Woodcliff Lake, New Jersey. Friendly and outgoing, Shayna had always been sociable, but starting at a new high school in an unfamiliar city made things difficult for her.

In an effort to help Shayna build a social life, her parents got involved with Valley Chabad and Shayna began to attend the CTeen programs led by Rabbi Yosef and Estie Orenstein. It wasn’t until she traveled with her fellow teens, months after her arrival, that she began to feel like she belonged. From there it didn’t take long for the usually proactive and determined young woman to make her mark in her new surroundings.

Her pride in being Jewish brought many conversations her way from Jewish and non-Jewish students and staff. Reacting to her personable nature and trademark friendly smile, people walked away warmed by their interaction. So, Shayna kicked it up a notch. She began to make challah every Thursday and would seek out the Jewish kids at school on Fridays to give them the homemade delights and wish them Shabbat Shalom.

It wasn’t enough. Shayna wanted to create a safe space for Jewish kids to connect with each other at school, so she and her friend established Club Chai. Twenty kids showed up to their first event and their numbers grew as the weeks went by.

When covid closed their school, Shayna was undeterred. She continued to share Shabbat candle lighting times and thoughtful messages on social media and stayed in contact with the Jewish teens she had met. Her confidence and ability to genuinely connect with people make her a role model whose advice and insight her peers and teachers seek. The youngest of four, Shayna said her family are her biggest cheerleaders.

“I feel I have a mission to make the world a God-conscious place, and that gives me the courage to keep acting in a Jewish way, sharing my Judaism with others, whatever my surroundings,” Shayna said.

For more information on onCTeen or the Valley Chabad Teen Leadership Initiative, valleychabadteens.com or email Rabbi Yosef Orenstein at rabbiyosef@valleychabad.org