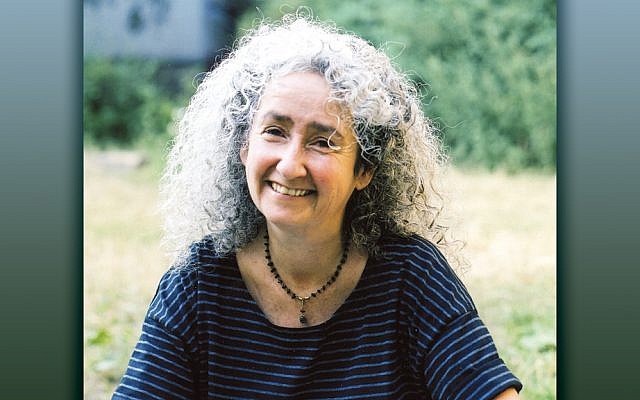 But in fact, the Shabbes table captured in a home movie that will be shown at Temple Emeth on November 13 was in fact Aliza Greenblatt’s Shabbes table. (See below.)

Those of you well acquainted with mid-20th century American Yiddish music are no doubt familiar with Ms. Greenblatt’s art, if not her appearance. You might own her three volumes of Yiddish poetry and probably can sing some of the songs in which composers set her words to music. Perhaps you’ve read her autobiography, “Baym Fentser Fun a Lebn.” (That’s “Through the Window of My Life,” for the rest of us.)

And the rest of us also are more likely to recognize the visage and the verses of her son-in-law, Woody Guthrie.

Yes, the dust-bowl balladeer, the man who wrote “This Land is Your Land,” the man who inspired a very young Robert Zimmerman to leave Minnesota, perform in Greenwich Village folk clubs, and change his name to Bob Dylan — yes, that Woody Guthrie — had a Jewish mother-in-law. No joke. And not only did he respect and love her, her Yiddishkeit rubbed off on him both in songs he recorded and in many more lyrics he never put to music.

The relationship between Woody Guthrie and Aliza Greenblatt is at the heart of the story Woody’s daughter Nora will tell at Temple Emeth at a meeting of the National Council of Jewish Women that is open to all.

Growing up, Nora had no idea she was living in a maelstrom of creativity. Woody was just her father. Her mother, Marjorie, a dance teacher who had danced for years with the Martha Graham Dance Company, was just her mother. And Aliza Greenblatt was just Bubbe.

Sure, on Sunday afternoons her father would come home from the hospital where he lived — he was slowly dying of Huntington’s Disease — and his friends would gather around with their guitars and banjos and play and sing.

“I’d sit around and listen, sing a chorus or two,” Nora said. “Then I’d go out and play. We” — meaning she and her older brother Arlo — “were more engaged with our neighborhood friends than with his musical friends.”

Similarly, while her grandmother’s Yiddish seeped into her life, Nora learned the details only when she was much older. “The discovery of where my grandmother is placed in the Jewish cultural lexicon is very slow moving for me,” she said.

Her bubbe sang to her in Yiddish, which Nora couldn’t understand but loved to hear, because it was Bubbe. She remembers “being surrounded by latkes and blintzes and sweet and sour meatballs. It was a very tasty relationship. Whatever she brought to the table, literally and figuratively, we enjoyed.”

And that table included the Shabbes table. 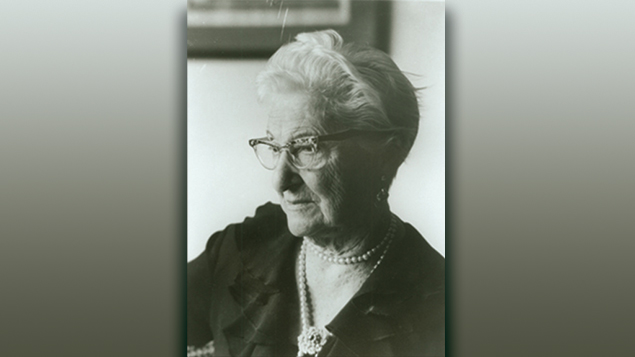 Her zayde, Isadore Greenblatt, also had an intellectual bent, Nora said, though he made his living at the apron factory he owned.

The Guthries lived just a couple of blocks away from the Greenblatts in Coney Island. “At the time they moved there in the 1930s, it was filled with a lot of Jewish people who were involved in the arts, who worked in Broadway or on Second Avenue,” the site of the vibrant Yiddish theater. “There was a whole community there.”

Nora discovered her grandmother’s place in the Yiddish pantheon when she became the keeper of her father’s archives — which turned out to include 3,000 unpublished and unrecorded lyrics. That included Chanukah songs he had written for the apartment complex’s tenant association Chanukah parties. She gave the lyrics to the Klezmatics, who released an album of Chanukah songs featuring Woody’s lyrics in 2004. Two years later, the Klezmatics’ “Wonder Wheel” featured more Woody lyrics with a Jewish tinge; it won a Grammy for Best World Music Album.

“Tell me this, tell me that,” they would pester Nora.

Nora always had known that her grandmother had written a Yiddish autobiography. It came out in 1964, when Nora was 14, and Bubbe asked Nora to draw the cover.

She did, but didn’t think much about it.

“It was 1964 and the Beatles were in town,” she said. “My focus went more to the Beatles than to my grandmother.”

Nora remains a bit amazed, and a bit awestruck, that her grandmother is to some, admittedly a select few, what her father is to so many more.

“I did a program with Lorin Sklamberg, the lead singer of the Klezmatics, up in Boston the other day. At some point I asked Lorin, ‘There’s this other song I heard about from my grandmother that’s really beautiful. Do you know it?’ He said ‘Of course’ and started to sing it. At least 10 other people in the audience started singing along. 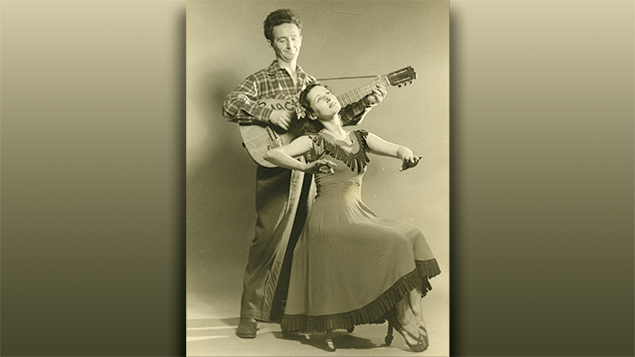 “I’m humbled and still feel on the outskirts of all of this. There are a lot of people who know a lot more about Yiddish music and the arts than I do. I’ve been digging and digging and digging into my father’s legacy for so long, discovering so many sides of him.”

Nora says that the connection between Woody and Judaism goes beyond family ties.

“It’s very political, very social,” she said. “In a nutshell, it was mostly the Jewish community of New York that discovered Woody Guthrie. They had been through their own oppression, their own migration, not unlike the people in the Dust Bowl,” the American families like Woody Guthrie’s, who were displaced from the Great Plains by drought and depression. “There was a natural political affinity between the old socialists who came from Europe and what Woody was talking about.”

In her talk, “I try to put out teasers,” she said. “I’m hoping someone out there will write a big book on this, on Jews and folk music.”

She has her own book plans from the archives. “I found a lot of artwork my father had done illustrating my grandmother’s poetry. Hopefully we’ll have a nice book coming out of that.”

Aliza Greenblatt’s archives are at the National Yiddish Book Center in Amherst, Mass. “My mother was one of the first founders of the center with Aaron Lansky,” who created it. “I knew him when he was a kid of 20 or 21, coming to the house, working with my mother to raise money. They were close.”

She’s working to expand her grandmother’s autobiography, based on interviews after the original biography was published. The new volume would be three times the size.

And it shows how the Greenblatt family was intimately involved in Jewish life, Jewish migration, and Jewish culture. It includes her husband’s stories about how he came to America from a region near Odessa when he was 14, and how, like so many Jews in the 20th century, he roamed and rambled across three continents.

“His birth name was Stuckelman,” she said. “The family he was traveling with was named Greenblatt, and they made believe he was their son.

“Everything she talks about is like a hint, a clue, for me to take it further and investigate,” Nora said.

In 1920, Isadore went to Palestine; he wanted to set up a company there, and eventually to emigrate. He wrote about his adventures in letters back to his wife. “He also talked about going back to Russia, to Ukraine, and seeing his father and mother and sister for the first time after 20 years,” Nora said. “That’s very moving. He goes into this little shtetl and everyone is running and shouting, ‘Isadore is here! Go tell his mother and father!”

Thirty years later, in 1950, he and Aliza moved to Israel. After a year, they left. “She wanted to come back and be with family,” Nora said.

After all, without Marjorie and Woody Guthrie, without Arlo and Nora, it didn’t feel like her Shabbes table.

What: A talk on Woody Guthrie’s Jewish Connections

How much: $10; free for members of the National Council of Jewish Women