Children work on the paperclip sculpture.

The teens at the center of the film “8000 Paperclips” tell their stories with calm confidence and in fluent Hebrew, with just a hint of a foreign accent.

They talk of being stuffed into trucks, hiding under tomatoes. They tell of dodging soldiers with rifles. One girl talks about being carried toward security, only to return to her mother, who has stopped, unable to run further. “Run on ahead to the border,” her mother told her. She did. 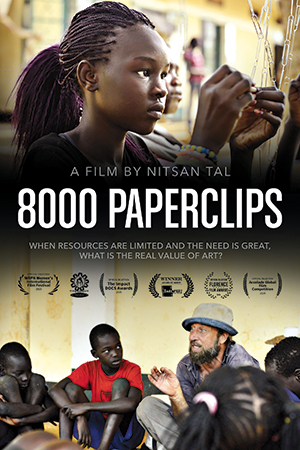 The poster for Nitsan Tal’s film.

And they talk about crossing the border and entering Israel, where they find food and lodging and refuge.

They tell of finding a place in their new country and making friends as they learn Hebrew and settle into school.

And they tell of being expelled from Israel and returned back to their native South Sudan, which their families had left years before.

Starting around 2006, thousands of refugees made their way from Egypt to Israel, across a border that was only fenced in in 2012. They were from Eritrea and Sudan. While Israel took them in, it steadfastly refused to accord them refugee status — even as Eritreans and Sudanese were being accepted as refugees with a fear of persecution by countries in Europe and North America. They were greeted with warmth by some Israelis, and with Molotov cocktails by others. Miri Regev, a Knesset member from Prime Minister Benjamin Netanyahu’s Likud Party, denounced them as “a cancer in the nation’s body.”

Nitsan Tal of Alpine, who made the film, which will have its New Jersey premiere in Tenafly later this month (see box) also is an immigrant, an Israeli who moved to North Jersey for work more than two decades ago. Her path to the South Sudanese refugees was roundabout, as was her path to filmmaking. 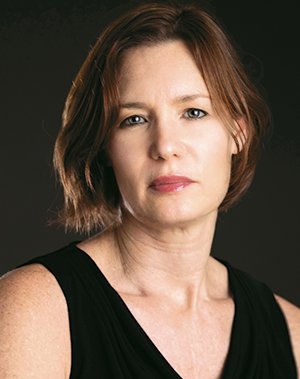 By profession, she is a veterinarian at Cresskill Animal Hospital, where she works part time. She also works as a photographer, and at the urging of some of her clients — non-profit organizations serving Central and South America — she learned how to shoot video. She took video and editing classes at the International Center of Photography in Manhattan, and she made a 20-minute movie for a class called “It Takes Balls.”

“It was about a Jewish guy from Englewood, Ilan Kwittken, who performs as Judy Garland,” she said. “My teacher suggested the movie was good enough to submit to festivals, which surprised me. I submitted it and it got into a few festivals.”

She followed that up with a short film for a Philadelphia organization that teaches creative writing in inner city schools.

And then in 2015 she got a phone call. Someone was looking for a videographer to document a project in Uganda.

“Uganda! Cool! I wanted to go,” she said. “By the time I realized there wasn’t really any budget, I was already hooked on the story.”

The story involved the kids from South Sudan — and the connections to Israel that continued when they were deported there. In the newly independent nation of South Sudan, thousands of returned refugees “found themselves back in difficult conditions,” Ms. Tal said. “There was no infrastructure, no clean water, no hygiene.” Artist Raffael Lomas worked with teens and children to build the sculpture.

Back in Israel, “a group of their friends decided they had to do something and started looking for ways to help the children,” many of whom had no access to education in the war-torn country. “They collected money to send the children to boarding schools in Uganda. It started with 35 children. Now they have more than 200 studying in Uganda.”

Those are the Hebrew-speaking refugees at the center of the story.

The other part of the story is Raffael Lomas, an Israeli artist, who heard about the Hebrew-speaking children studying in Uganda, and offered to do an art project with them during summer vacation.

“They can’t go home during school vacation,” Ms. Tal said. “Their parents are living in unsafe conditions. Some have moved out of South Sudan to Egypt or other countries. Some are in refugee camps.”

Mr. Lomas’ worked with them to build a sculpture out of paper clips in the shape of a house. (Those are the 8000 paper clips of the film’s title). After building it with the teens, he took it back with him and displayed it in Tel Aviv. 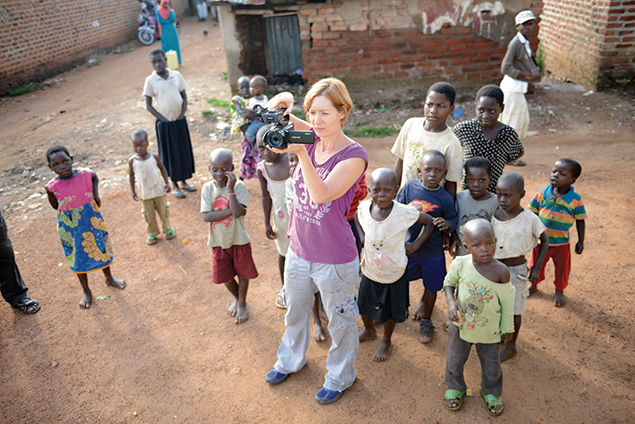 So what comes after that?

And he thought maybe he should take along a film maker — which is how Ms. Tal got involved.

“I went with him on the second trip. He took five of the refugees to visit the Jewish community in Uganda. The refugees are obviously not Jewish — if they were Jewish, they would have been allowed to stay in Israel. They are Christians who speak very fluent Hebrew, who know Israel and the Jewish traditions very well,” because they went to Israeli schools for several years.

“Now they’re going to visit the Jewish community of Uganda, none of whom have been to Israel. They worked together for a week. The refugees helped the community clean up and paint a Jewish school they had just opened. They celebrated Chanukah together. And one of the refugee girls was invited to read from the Torah at Saturday morning synagogue service. 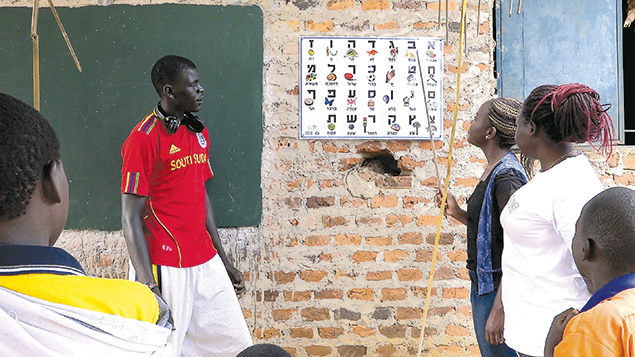 “It was very touching. The whole week was a lot of very exciting moments.”

Ms. Tal put together a short movie, which was shown in the New Americans Museum in San Diego in 2016 when it displayed the sculpture.

“The short was a barebones story about what the project is,” she said. “It didn’t deal too much with why and how and all these other questions I found very interesting. That’s when I decided I wanted to make it into a full feature, which talks more about the art project and the question of spending limited resources on an art project, as well as the stories of the refugee children.

“Lomas talks all about his doubts about the project and whether it is justified. Then we see the project itself, how it progresses, from building the sculpture in Uganda to shipping it to Israel.

“I end the movie with interviews with the children a few years later about how the project affected them and how they see the future. It’s an optimistic ending. You see the children have come a long way, and are now very interesting young people with aspirations to basically heal the world from wars. It’s very sweet.” 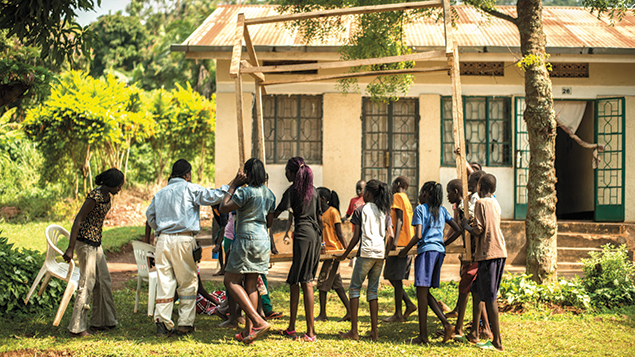 Children put together the frame for the paperclip project.

Ms. Tal is submitting the film to festivals. It will play in Iowa later this month, and at the Tel Aviv Museum next month and a festival in Paris in April.

Ms. Tal said the film reflects in part her experience as an immigrant — and her awareness that her situation as an Israeli who moved to America for work is worlds removed from the plight of the Sudanese refugees fleeing war and persecution.

“As an immigrant, I feel that borders should be superficial,” she said. “People should be allowed to move around to where they find safety and feel they belong. But my experience in immigrating here was from a place of security. I’m a work immigrant, coming from a place of privilege and security. Those refugees moved because they had no choice. They’re always running from something. A lot of time when people here talk about refugees they don’t make the distinction between a work immigrant and actual refugees. The distinction is very big. They had to leave everything. They left south Sudan for north Sudan” — before South Sudan declared independence — and were persecuted there. They went to Egypt, and then Egypt became unsafe. They crossed the border to Israel and were deported from Israel. They’re always being pushed out or running away from something. It’s very different from my situation.”

What: New Jersey premiere of “8000 Paperclips,” followed by Q&A with director Nitsan Tal