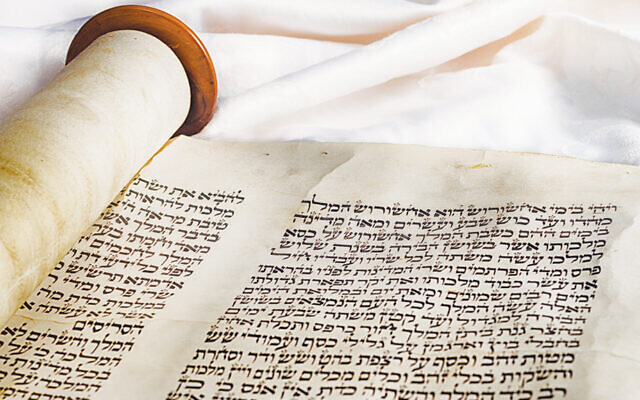 We customarily spend Shavuot Eve (Layl Tikkun) engrossed in study of sacred texts and Jewish thought and history, gratefully re-enacting and reimagining — and to a certain degree expanding upon — the Revelation at Sinai that the festival commemorates. The specific subject matter we examine varies from tradition to tradition, year to year, community to community, student to student.

What follows is a collection of quotations from a wide variety of sources that acts as a book-by-book review of the Hebrew Bible — all 39 books (counting the 12 minor prophets as discrete works). In some cases, the familiar English name of the biblical book is mentioned explicitly. Some books are identified by reference to their central theme, or invocation of a leading literary motif or famous verse. Others are alluded to still more obliquely through pun, word-play, even anagram. Often, more than one of these methods are combined to establish a clearer reference to the book in question. Some quotations incorporate the meaning of the biblical work’s Hebrew name, notwithstanding the book’s more familiar English appellation.

Shavuot celebrants — aiming reverently to revel in revelation — are invited thoughtfully to consider these quotes, presented in the traditional order of the Masoretic text (see below) — and to explore (and perhaps to discuss, debate, and dispute) how they relate to the corresponding sections of the Hebrew Bible.

In so doing, this Shavuot and through all the days that follow, may we come more deeply to celebrate and more gratefully to embrace what Abraham Lincoln referred to as “the best gift God has ever given us” — the Bible itself.

“I shall now proceed to the nature and genesis of the imagination.” (Samuel Taylor Coleridge, Biographia Literaria,, or, Biographical Sketches of My Literary Life and Opinions)

“Love looks to the eternal. Love is indeed ‘ecstasy,’ not in the sense of a moment of intoxication, but rather as a journey, an on-going exodus out of the closed inward-looking self toward its liberation through self-giving… toward authentic self-discovery and indeed the discovery of God.” (Pope Benedict XVI)

“Man is priest, and scholar, and statesman, and producer, and soldier.” (Ralph Waldo Emerson)

“Grown-ups like numbers. When you tell them about a new friend, they never ask questions about what really matters. They never ask: ‘What does his voice sound like?’ ‘What games does he like best?’ ‘Does he collect butterflies?’ They ask: ‘How old is he?’ ‘How many brothers does he have?’ ‘How much does he weigh?’ ‘How much money does he have?’ Only then do they think they know him. If you tell grown-ups, ‘I saw a beautiful red brick house, with geraniums at the windows and doves at the roof…,’ they won’t be able to imagine such a house. You have to tell them, ‘I saw a house worth a thousand francs.’ Then they exclaim, ‘What a pretty house!’” (Antoine de Saint-Exupéry, The Little Prince)

“Words are singularly the most powerful force available to humanity. We can choose to use this force constructively with words of encouragement, or destructively using words of despair. Words have energy and power with the ability to help, to heal, to hinder, to hurt, to harm, to humiliate and to humble.” (Yehuda Berg)

“Joshing and ribbing need not always be cruel or inappropriate. It is okay sometimes to laugh at others—a comic or even our friends—especially if they are in a position to tease us back. Humor offers an important way for us to have fun together, to laugh with (not just at) others, and to exercise our abilities for socialization.” (Robert R. Clewis, Kant’s Humorous Writings)

“Judges ought to be more learned than witty, more reverent than plausible, and more advised than confident. Above all things, integrity is their portion and proper virtue.” (Francis Bacon)

“There, peeping among the cloud-wrack above a dark tor high up in the mountains, Sam saw a white star twinkle for a while. The beauty of it smote his heart, as he looked up out of the forsaken land, and hope returned to him. For like a shaft, clear and cold, the thought pierced him that in the end the Shadow was only a small and passing thing: there was light and high beauty for ever beyond its reach.” (J.R.R. Tolkien, The Return of the King)

“‘The time has come,’ the walrus said, ‘to talk of many things: of shoes and ships — and sealing wax — of cabbages and kings.’” (Lewis Carroll)

“I say a final last prayer, this one in gratitude that there are people in the world who will protect kids with a fire that makes them sprint after cars, fight systems, curse with rage. It’s enough to make you believe. Maybe not in symbols; maybe not in gods. But certainly in people.” (Emery Lord, The Names They Gave Us)

“Mark Twain said that ‘every civilization carries the seeds of its own destruction’; jeremiads are the caustic, but necessary herbicide that keeps those seeds from ever bearing fruit.” (Brett & Kate McKay, We’re Going to Hell in a Handbasket! Hooray! Why Every Man Should Embrace the Jeremiad)

“The failure to read good books both enfeebles the vision and strengthens our most fatal tendency — the belief that the here and now is all there is.” (Allan Bloom)

“For like a poisonous breath over the fields, like a mass of locusts over Egypt, so the swarm of excuses is a general plaque, a ruinous infection among men, that eats off the sprouts of the Eternal.” (Søren Kierkegaard)

“Extremism in defense of liberty is no vice. Moderation in pursuit of justice is no virtue.” (Barry Goldwater)

“Servant of God, well done! well hast thou fought The better fight, who single hast maintain’d Against revolted multitudes the cause of truth.” (John Milton)

“They will abide a great deal, sailors, but not a Jonah.” (Patrick O’Brian, Master and Commander)

“The idea is to write it so that people hear it and it slides through the brain and goes straight to the heart.” (Maya Angelou)

“If you look for truth, you may find comfort in the end; if you look for comfort you will not get either comfort or truth only soft soap and wishful thinking to begin, and in the end, despair.” (C. S. Lewis)

“Though vine nor fig-tree neither,
Their wonted fruit shall bear,
Though all the field should wither,
Nor flocks nor herds be there;
Yet God the same abiding,
His praise shall tune my voice,
For, while in Him confiding,
I cannot but rejoice.” (William Cowper, Sometimes a Light Surprises)

“We cannot begin to define God’s knowledge. We know, simply and profoundly, that nothing is hidden from Him or incomprehensible to Him.” (Elizabeth George)

“Toughness is in the soul and spirit, not in muscles.” (Alex Karras)

“Man is a messenger who forgot the message.” (Abraham Joshua Heschel)

“These poems, with all their crudities, doubts, and confusions, are written for the love of Man and in praise of God, and I’d be a damn’ fool if they weren’t.” (Dylan Thomas)

“Be thankful for your problems. If they were less difficult, someone with less ability might have your job.” (Jim Lovell)

“A bell’s not a bell ‘til you ring it, A song’s not a song ‘til you sing it, Love in your heart wasn’t put there to stay, Love isn’t love ‘til you give it away!” (Oscar Hammerstein II)

“People say I am ruthless. I am not ruthless. And if I find the man who is calling me ruthless, I shall destroy him.” (Robert F. Kennedy)

“This day I ceased to plead. I was no longer capable of lamentation. On the contrary, I felt very strong. I was the accuser, God the accused.” (Elie Wiesel, Night)

“The secular world is more spiritual than it thinks, just as the ecclesiastical world is more materialistic than it cares to acknowledge.” (Lionel Blue)

“I do not so much rejoice that God hath made me to be a Queen, as to be a Queen over so thankful a people.” (Elizabeth I)

“It is also a warning. It is a warning that, if nobody reads the writing on the wall, man will be reduced to the state of the beast, whom he is shaming by his manners.” (Mahatma Gandhi)

“Don’t set out to raze all shrines, you’ll frighten men, enshrine mediocrity — and the shrines are razed.” (Ayn Rand)

“God comforts the disturbed and disturbs the comfortable.”

(Shane Claiborne, The Irresistible Revolution: Living as an Ordinary Radical)

“Life is easy to chronicle, but bewildering to practice.” ( E. M. Forster)

“To bring our forebears back to mind,
Their deeds, their words, their manners kind,
We must their chronicles at least,
And their histories read out at feasts;
The foul plotting of the knave,
The noble record of the brave.” (Robert Wace, Roman de Rou)

Joseph H. Prouser is the rabbi of Temple Emanuel of North Jersey in Franklin Lakes.