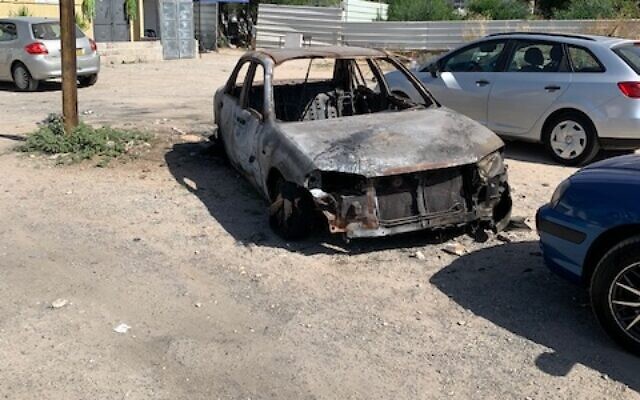 David Ben Gurion once quipped “In Israel, in order to be a realist, you must believe in miracles.”

After two days of this high level solidarity mission which I was blessed to be a part of I certainly agree!

No doubt Israel has many complexities but my over-riding feeling is one of miracles and gratitude to have returned to our homeland after 2000 years of exile and persecution and see a vibrant democracy with many complexities and challenges but also much hope (despite the recent conflict with Hamas), passion, and desire to improve Israeli society, manage external and internal threats and build strong connections between Israel  and the American/Diaspora Jewish community.

Today was one important meeting after another: Prime Minister Netanyahu, Foreign Affairs Minister Ashkenazi, Defense Minister Ganz, MK and potential Prime Minister Naftali Bennett, Head of the Jewish Agency Isaac Herzog (up for election next week for President of Israel), Head of Labor Merav Michaeli, MK Bezalel Smotrich, Diaspora Affairs Minister Yankelevich, former MK Michal Cotler-Wunsh. Each emphasized in their own way their appreciation of the American Jewish community and Diaspora Jewry. Each was very concerned about the rise in anti-Semitism in the United States and around the world and each stressed a partnership between us despite any differences we may have on specific issues. The over-riding message: “We need you and you need us, we are one family.”

Prime Minister Netanyahu urged us to be proud Jews, learn the facts about the recent conflict, the missile terror campaign started by Hamas (75% of Israeli citizens were under threat, close to 7 million people), the efforts Israel made to avoid civilian casualties, and Iran’s hand in the conflict. He emphatically stated appeasement does not work.

Isaac Herzog also stressed the importance of Jewish Federation and the federation system. He said “the Jewish federation system is the backbone and strength of Jewish life in America,” something I have felt for some time and see day in and day out.

The day started with a visit to city of Lod where recent rioting and violence took place between Israeli Arabs and Jews. Talk about conflicting emotions – we saw a mosque, church, and synagogue all built literally next to each other as a sign of coexistence.

We also saw burnt out cars.

And we met community leaders including an Israeli NGO working to improve housing and the socio-economic situation in Lod (an Israel Jewish woman), the head of the local JCC community center (an Israeli Arab woman) and two modern religious Jews who moved from Jerusalem to Lod and  have been living in Lod for over 10 years, raising children in Lod.

All four of them are close friends and have been working together to build a shared society and community, all four were traumatized by the sudden violence of neighbors against neighbors but each emphasized the importance of not giving up, teaching values of mutual respect and working together.

This is a perfect example of the complexities of Israel. Will their efforts work? Who knows. But there is no other choice.

I’ll end by sincerely asking each of you to defend Israel against malicious lies and falsehood, be proud Jews, connect to the State of Israel, and focus more on what we have in common with each other including in our own different communities. The cancel culture needs to end. We need to listen to each other, talk to each other, respect each other and remember we are a small nation. We can only thrive when we work together and build a strong Jewish community.

Lee Lasher is president of the Jewish Federation of Northern New Jersey.