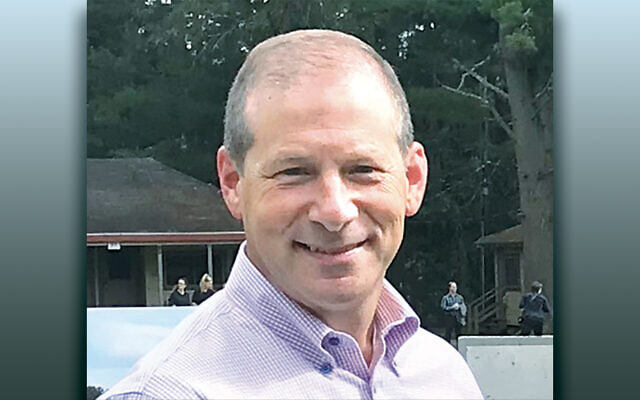 Like a bad horror movie, the reports of violent attacks on Jews reached us day by day. With each candle, our anxieties increased. The seventh attack struck our Rockland community in Monsey, with five people stabbed as they celebrated the holiday together. Lighting candles on the eighth night, we were as aware as we have ever been of the meaning of this holiday, determined to fight back the darkness, dedicated to brazenly defying the temptation to retreat into hiding.

In the light of the eighth day, we are left trying to make sense of it all. Officials and lawmakers step forward to proclaim their indignation and resolve, a reassuring fact that distinguishes our home from 1939 Germany. Reporters ask us to assess the damage, to identify the causes, and to suggest countermeasures.

Jewish resilience — founded in our peoplehood, a sense of shared destiny, a belief in the power of goodness, and faith in God — will sustain us, just as it has sustained us through the centuries. Just as it did the Maccabees. But neither Jewish might, nor Jewish power, nor even Jewish spirit will cure the societal illness we call anti-Semitism.

Over the past 20 centuries and more, this illness has presented in different ways. Depending on whether the form it took was political, social, or religious, the symptoms differed in the kinds of stereotypes the illness relied upon to spread. From the Greco-Roman empires to the Golden Age of Islam, from the medieval ages to the Enlightenment, from socialists to capitalists, from Ukrainian pogroms to Nazi death camps, “the Jew” has been an object of hatred and marginalization, characterized according to the needs of the hater, colored to be the cause of their ailments.

Today, however, the illness is different. The world is, as we know, a much smaller place. Social media has given hate an unparalleled platform. Anti-Semitism shape-shifts by the day. Its spread is not bound to any particular ideology or political party, and its expression has taken violent form in an age in which speech is unbounded, inflammatory, and empowering.

But let’s not fool ourselves. Regulating speech, punishing terrorists, and pushing hatred into hiding won’t defeat anti-Semitism. There may be places in the world where anti-Semitic incidents don’t occur, but that doesn’t mean that anti-Semitism doesn’t live in the hearts of inhabitants. In fact, sadly, it most likely means that Jews don’t live there.

Anti-Semitism lives in our neighbors’ hearts and homes, in the mouths of parents and the ears of their children. And the only way for us to defeat it is to confront it where it lives.

A solidarity rally may comfort us, provide a forum to air our sadness and fear, help us know we are not alone. But anti-Semitism will be defeated only when our non-Jewish neighbors want to fight it. When they are willing to examine and discuss their beliefs; when schools can require and facilitate meaningful conversations among students and parents; when churches, mosques, and synagogues come together in common cause — only then will we as a society have a fighting chance to win this battle.

As we move into 2020, may we resolve to stand against hatred; to know our neighbors and to help them know us; to build alliances outside our Jewish community with those who will advocate for the conversations and education necessary to bring days of appreciation, understanding, and light.

Craig Scheff was raised in Rockland County. After practicing law in Boston for three years, he returned to New York to study for the rabbinate at the Jewish Theological Seminary. He has been at the Orangetown Jewish Center in Orangeburg since 1995. Rabbi Scheff has worked in various positions at Ramah Day Camp in Nyack for two decades and is an adjunct lecturer in professional skills at JTS.