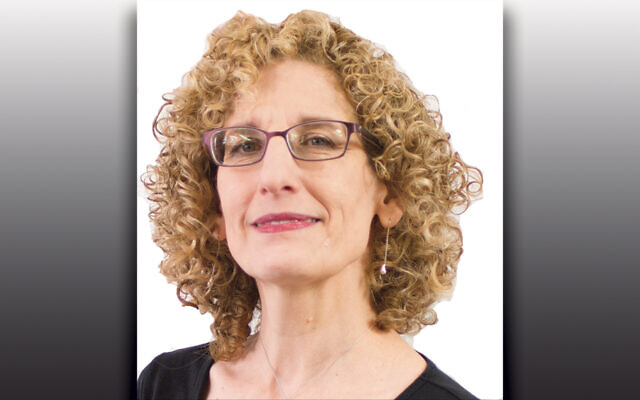 While the bar mitzvah boy’s friends were bopping on the dance floor, the grownups around our table discussed the one thing that seems to preoccupy all manner of Jewish conversation in England.

“I’d rather throw away my vote,” said one relative. “I’ll vote for the Liberal Dems.”

And that kind of summed up the recent trip my husband and I made to England to attend this family simcha. Wherever we went, it was obvious that the Jews of Great Britain feel squeezed by a political situation not of their making.

They voted two to one in 2016 to stay in the European Union. Most abhor Boris Johnson, the head of the Conservative Party. He is seen as a self-serving buffoon, and has promised them a no-deal Brexit. But it is Jeremy Corbyn and his Labour Party that has Jewish Britain running scared from a party that most of them have backed in the past.

A recent poll by the Jewish Chronicle reports that more than three quarters of the nation’s Jews prefer a no-deal Brexit over a Labour victory. And nearly a quarter say they’d rather vote for the Liberal Democrats, a party that has welcomed Labour defectors, but that likely does not have the numbers to form a government.

In the space of just over three years, Britain’s Jews, who make up 1.1 percent of the population — that’s nearly 270,000 people, according to the U.K.’s 2011 census — would rather make an about-face on leaving the European Union, or “throw away” their vote for a party that has no shot, than see a party that many once called their political home come to power. It’s an astonishing turnaround, and glum resignation felt palpable throughout our trip whenever the subject arose.

For most Jews, supporting Brexit means turning their backs on economic prosperity and sustained peace. Brexit opens the door to isolationist uncertainty. Leaving the European Union is anathema to almost everyone I spoke with — especially anyone under 40. The specter of increased tariffs, rising prices, and a future of limited opportunities for their children looms over the conversation, as they envision the tangible outcomes of the U.K. walking out of the 28-member political and economic consortium.

The Friday we arrived in London, a video of a man on the city’s underground hurling insults at a Jewish family traveling in the same car was making social media rounds. The rant goes on for quite a while, until finally the man was taken to task for his disgusting bigotry by a brave Muslim woman, who took no nonsense from him in standing up for the family under attack.

Now, if only Corbyn would take some pointers from her.

But time and again, he has balked at denouncing the anti-Semitism that roils his party. He finally apologized, reluctantly, when pushed by an ITV reporter last week.

Labour members have hounded Jews in their party from its ranks. Corbyn himself has called Hamas and Hezbollah “friends” and waves away Jewish complaints about his willful inability to empathize with victims of anti-Semitism; he’s said that Jews simply do not understand “British irony.”

It made me wonder if the North London rabbi beaten by thugs shouting, “Kill the Jews” as he walked home from shul two weeks ago caught the subtle irony in that gesture.

Corbyn is the leader of a major political party that has a shot at forming the United Kingdom’s next government. It is a party now under a formal investigation by Britain’s’ Equality and Human Rights Commission, which is looking into whether discrimination by the party against Jews has become an institutional problem.

While we traveled to see friends and relatives in Bristol and Devon, the country’s chief rabbi, Ephraim Mirvis, published an op-ed in the Times of London, asking “What is to become of Jews and Judaism in Britain if the Labour Party forms the next government?” Calling out the party that historically has represented miners, dock workers, trade unionists, and socialists, and wielded its cudgel against the stuffy British establishment, Mirvis cited Labour’s blindness on anti-Semitism as a “failure to see this as a human problem rather than a political one,” one that finds support at the pinnacle of its leadership.

“Many members of the Jewish community can hardly believe that this is the same party that they proudly called their political home for more than a century,” Mirvis wrote. “It can no longer claim to be the party of diversity, equality and anti-racism. This is the Labour Party in name only.”

The chief rabbi doesn’t wander into the political fray every day, or without weighing his words carefully. His op-ed was unprecedented.

Like the Democratic Party here in the United States, Labour typically has been the voting home of the majority of Great Britain’s Jews, who came to it as it championed socialist ideals, and later because it was seen as a party that did not tolerate racism, as Luciana Berger, a Jewish MP from Liverpool who since has left the party, has put it.

Like our Democrats, Labour has a history of taking on minority rights, social justice causes, and liberal policies that Jewish voters overwhelmingly have supported in both countries. And Jews, who in earlier generations were immigrant newcomers, found themselves more welcome among the ranks of Labour than in the stuffy echelons of the Conservative Party, which represented an entrenched class system.

That political home now feels fraught and unwelcoming — so much so that 47 percent of Britain’s Jews report they’re considering emigrating if Labour wins. No one in my family has asked us to make up the guest room — yet. And still a vote for the Conservatives, if you ask them, feels like a different kind of defeat.

I write this uncertain of the outcome and of Jewish Britain’s future. In current polling, Labour has tightened the gap, but Johnson and his Tories lead with more than 40 percent of the vote. It seems unimaginable that the United States’ greatest ally could vote in a man who at best tolerates overt anti-Semitism and at worst is an anti-Semite himself. And yet, three and a half years ago, we didn’t think Brexit possibly could carry a referendum.

Faced with a choice where no option is a good one, Jewish Britain may just decide on its own Brexit.

Marla Cohen is a freelance writer. She lives in Rockland County.