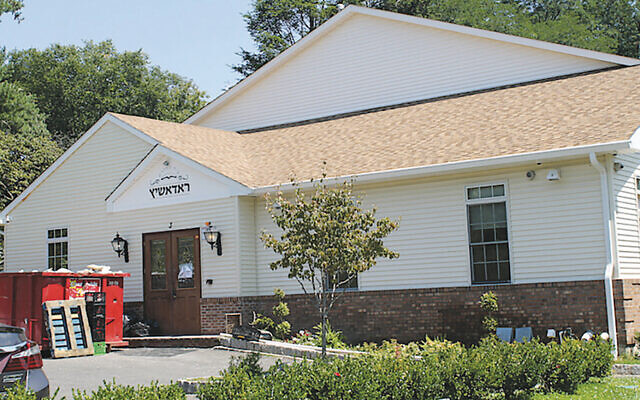 The Congregation of Echo Ridge (Bais Hamedrash Radashitz) in Airmont. The shul’s rabbi says the village has denied permission for it to use a vacant lot next door as a parking lot. (JTA)

Bad news for Airmont: The federal government has it in their sights again.

The Rockland village, situated between Monsey and Mahwah, was served a letter from the U.S. Attorney’s Office for the Southern District of New York last week. The letter threatened a costly lawsuit under the Federal Religious Land Use and Institutionalized Persons Act of 2000 (RLUIPA) for using its zoning powers against Orthodox Jews.

The Village of Airmont is no stranger to allegations that it discriminates against Orthodox Jews. Shortly after it was incorporated in 1991, the federal government sued it under the Fair Housing Act, claiming that the village had been “incorporated for the purpose of excluding Orthodox Jews through zoning restrictions on their places of worship.”

Now, the government argues that Airmont is violating an existing judgment ordering it to “recognize the category of ‘residential place of worship,’ a category which has been removed from the Village’s zoning code.”

The letter threatens to file the suit no later than September 15, unless Airmont settles the matter before then.

Attorney Brian Sokoloff, partner and co-founder of Sokoloff Stern, LLP, which is representing Airmont, said that it doesn’t comment on pending or threatened litigation. He noted that the village had won an earlier lawsuit filed by the United Talmudical Academy in state court. He added that a federal court has dismissed “large portions” of the lawsuit. 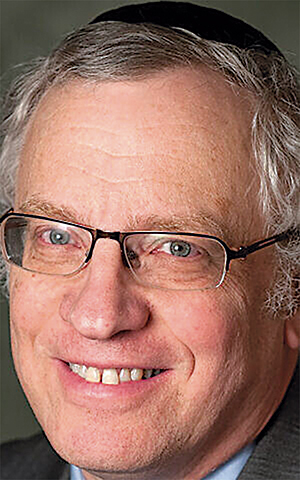 “Sometimes opposition is opposition to change — sometimes it is raw bigotry,” said Marc Stern, general counsel for the American Jewish Committee. “What is happening in Airmont is the latter.”

A federal lawsuit would mark the third time in nearly 30 years that the U.S. Department of Justice has sued the village for essentially the same thing. “As you are aware, the United States has sued Airmont on a number of occasions since its incorporation in 1991, and the village has spent a significant portion of its history subject to judicial oversight as a result of its repeated practices of discrimination against Orthodox Jewish residents,” Audrey Strauss, acting U.S. attorney for the Southern District of New York, wrote to the town.

The village entered into a consent decree in 2011, but since the decree expired a few years ago the Justice Department has again launched an investigation into allegations that the village has been “engaging in discrimination by, among other things, preventing the operation of home synagogues and a religious school.”

In 2016, a chasidic yeshiva bought a 21-acre plot across from Airmont’s Village Hall. It planned to build two yeshiva buildings on the site, which had been used for a camp. Two year later, the yeshiva sued Airmont, alleging that “anti-chasidic animus” was keeping the village from issuing the requisite zoning permits.

In December 2018, several rabbis in the Rockland County village also sued Airmont, alleging that the village has failed to approve any of their requests to establish houses of worship in their private homes. They claim the village is hostile toward religious Jews, trying to prevent them from praying and holding services in their homes. In addition, the suit claims the village threatens religious freedom by issuing building and zoning violations with daily fines of up to $1,000 and threats of jail. The village has filed a motion to dismiss the suit.

Yossi Gestetner, co-founder of the Orthodox Jewish Public Affairs Council, said village board members have said publicly that their goal in imposing restrictions on development is “to stop Orthodox Jews from utilizing existing law that the village was forced to agree to in 2011.”

Mr. Gestetner said that although the village entered into that consent decree, the village voted in 2016 to impose a moratorium on all development pending a review and possible changes to the consent decree. The village Planning Board had noted that there were an “ever-increasing number of applications for yeshivas, home houses of worship and other projects.”

Stern pointed out that although the New York Court of Appeals has held that such moratoriums are permitted “for a reasonable period of time, four years goes beyond anything reasonable. It smacks of digging in your heels to prevent change rather than a moratorium for reassessment purposes.”

He acknowledged that houses of worship “generally are impatient because their finances are such that they can’t wait for years while the zoning process is going on. What you are seeing in Airmont is misuse of the zoning laws to freeze demography and prevent any change in the religious makeup of the community.”

Gestetner noted that according to the 2010 U.S. Census, there are 8,500 residents of Airmont. There are about 700 Jewish families, he said.

When congregants parked there anyway, the village issued parking tickets. It wanted the congregation to pay a $1.2 million fine but settled for $100, and “we still don’t have a legal parking permit,” Rabbi Halberstam said.

“The main thing is the way the code is written and the process,” he said. “It could take a year or two years. Each time we come back they say we need a different piece of paper. This is intentional. It is dysfunctional by design.”

Regarding the Airmont case, Mr. Stern said the AJC has been involved in helping the Orthodox community.

“The misuse of zoning codes is rampant in the area and if that is so, it is an abuse the federal government is correctly seeking to change,” he said.

This story was reprinted with permission from TheJewishWeek.com.