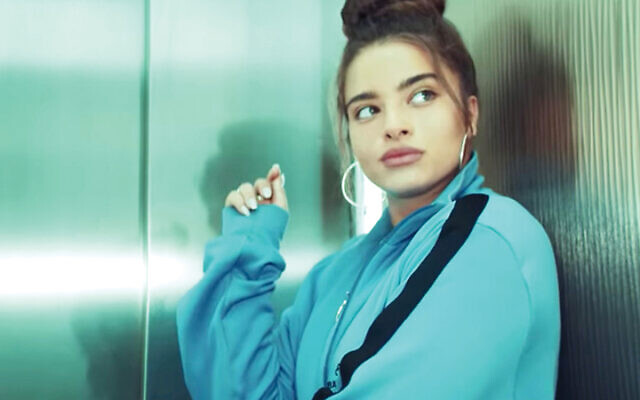 Israeli teen Noa Kirel is top of the pops, after signing a recording deal with Atlantic Records.

The deal is reportedly the largest and most comprehensive ever signed by an Israeli artist. Some two years in the making, the agreement includes management, public relations, marketing, strategy, and production; it’s reportedly worth millions of dollars.

Kirel is said to be planning to develop English-language material in the coming year, including video clips, which will be distributed globally by Atlantic.

In an apparent celebration, Kirel released a new single, “Million Dollar,” on YouTube. The clip has racked up more than 1.1 million views.

Atlantic represents leading contemporary artists including Bruno Mars, Cardi B, and Coldplay, and in the past hosted legendary musicians including Aretha Franklin, Otis Redding, and Led Zeppelin.

Kirel became a viral hit on YouTube in 2015 and has gone on to star in Israeli movies and television series. She joined the Israeli Defense Forces in February and serves in the orchestra corps, which performs in parades, official military and state ceremonies, graduation courses, and to entertain troops.

The IDF has had to establish special guidelines in dealing with the star, including forbidding fellow soldiers from taking selfies with her or photographing her on the base.

Kirel sparked a controversy last month by appearing in an ad for the Yes satellite TV provider in which she plays a U.S. soldier singing an adapted version of the Vietnam-era anti-war song “Let the Sunshine In” from the musical “Hair.”

The ad irked senior IDF officials, but Kirel apparently received permission from the IDF to appear in the ad. The staffer who issued the permission did not understand the script, however, Channel 12 reported.

Also last month, Kirel appeared in an Independence Day performance with IDF dancers. It caused the IDF’s Manpower Directorate head Moti Almoz to order the nixing of the position of military dancers after apparently learning about them for the first time when the clip of Kirel caused a stir.