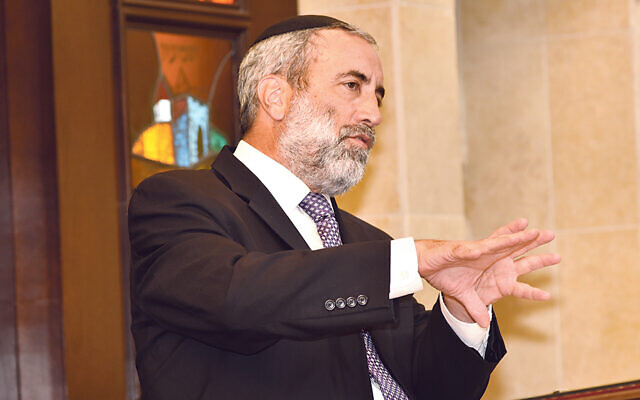 In New York State, all private schools, both secular or religious, are required to provide an education “substantially equivalent” in scope and sequence to the public schools. That means an education with a clear goal of preparing students for the Regents exams and a Regents diploma — an education that prepares them to meet the economic and societal challenges of modern life.

Having received such an education in New York at Yeshiva University High School, I, my schoolmates, and the thousands of others who have been educated in modern Orthodox and yeshiva high schools attest that this is a standard that can be achieved without corrupting one’s religious beliefs.

That is why I decided to chair the Rabbinical Council at Yaffed, an advocacy group committed to improving educational curricula within ultra-Orthodox schools. Yaffed believes that every child is entitled to a fair and equitable education that is in compliance with the law. Our work involves raising awareness about the importance of general studies education, and encouraging elected officials, Department of Education officials, and the leadership of the ultra-Orthodox world to act responsibly in preparing their next generation for economic sufficiency and broad access to the resources of the modern world.

The Yaffed mission shouldn’t be a controversial one: It is to ensure that all students receive the critical tools and skill sets needed for long-term personal growth and self-sufficient futures.

So why is Yaffed controversial? Because many people in the chasidic community, influenced of course by their leaders, assert that increased attention to general studies will detract from the ultimate value of Torah study. Furthermore, they are concerned that high school general studies will serve as a corruptive influence against their beliefs, and that such study and the world to which that study exposes their children, will invite some of them to defect from the chasidic community.

As a hedge against legally required government oversight and standards, an organized effort by the chasidic communities has advanced claims that this mandated oversight will allow the government to impose any curriculum on their schools, including sex education and advocacy for same-sex acceptance. Remarkably, they have found allies in some secular private schools who have been led by fear to support this inaccurate claim.

I support Yaffed and act on its behalf because I am a Jew, and these illegal and shortsighted policies result directly in tens of thousands of children and families living in poverty and suffering with the demoralizing stresses, loss of dignity, and long-term limitations that are the direct result, for boys, of having finished high school with less than an elementary school-level education. With fewer qualifications to enter the workforce than even the greenest of today’s immigrants, my fellow Jews born and in the care of New York State are being denied the opportunity to earn a dignified living.

Denying Jewish children an economically viable education flies in the face of the Talmud and another 1,000 years of rabbinic rulings mandating that every child receive an education that will allow them to provide for their family adequately and with dignity. Meanwhile, the rapidly escalating dropout rate from the chasidic community can be traced in real measure to this lack of opportunity and institutionalized poverty. Many of these ex-chasidim, often viciously rejected and persecuted by their communities, are being lost to our people.

I support Yaffed and act because I am a citizen of New York State, with a responsibility to break the cycle of poverty for all its citizens. As a citizen, I resist the rapidly increasing social burden from families whose leaders have effectively forced them in large numbers to rely on a social safety net that is designed to lift people out of poverty, not to be abused as a perpetual lifeline.

Finally, I support and act on behalf of Yaffed because I speak for those who are silenced. A great number of families within the chasidic community want their children to receive an education that will position them to rise out of poverty and into opportunity. These voices are silenced by the intense social, religious, and economic consequences visited upon anyone who bucks the party line.

I believe I must act in defense of any Jew who seeks to assert their halachic and moral right to receive the education mandated by a higher authority than the state — Jewish law. Through their reliance and abuse of the social safety net, too many of my fellow Jews, left without recourse, have become the proof of the talmudic dictum, “he does not teach his child a trade teaches him to be a robber.”

The victims are my fellow Jews, my fellow citizens, and the future of tens of thousands of Jewish children.

Elchanan Weinbach is the rabbi of Congregation Shaarey Israel in Montebello. He has been a pulpit rabbi for 13 years, a school head for 15 years, and a consultant, presenter, or scholar in residence in New York, Kansas City, and Florida, and at LimmudLA.