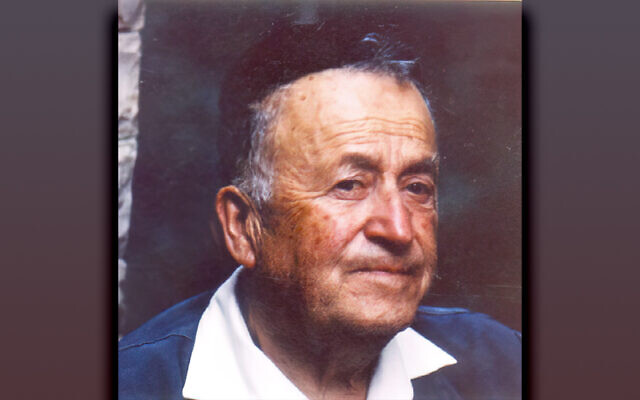 Not everyone needs a Nobel prize.

The careers and legacies of Bob Dylan and, in a different creative realm, President Barack Obama speak for themselves; the medals from Stockholm become footnotes.

For the Hebrew writer known as Shmuel Yosef Agnon, however, winning the Nobel Prize in Literature in 1966 made a difference. The ripples of that win will extend to New Jersey next month, as Teaneck’s Congregation Rinat Yisrael hosts discussions of two Agnon short stories on two upcoming Sunday mornings. (See below.) The discussions will be led by Rabbi Jeffrey Saks, a New Jersey native who made aliyah nearly 30 years ago, and who has played a leading role in expanding the library of Agnon’s publications available in English.

And that wouldn’t have happened were it not for Agnon’s Nobel — and Rabbi Saks’ grandmother.

Jeffrey Saks grew up in Roselle, in Union County. He discovered Orthodox Judaism as a teenager, through NCSY.

“I was always a kind of bookish kid,” Rabbi Saks said. “My grandmother knew I was becoming interested in Jewish things, so she bought me a copy of Agnon’s ‘Twenty-One Stories,’ then one of the few of his books available in translation. It was a collection the publisher put out after Agnon won the Nobel — a rather uneven collection of his stories that had already been translated and appeared in Commentary or local Jewish newspapers or whatnot over the years.”

And it was Agnon’s Nobel that had brought the author, who died in Jerusalem at 81 in 1970, to Jeffrey’s grandmother’s attention.

“She was a very cultured and educated woman,” Rabbi Saks said. “If a Hebrew author living in Jerusalem won the Nobel, she was likely to pay attention to it.”

It turned out to be a brilliant — and ultimately life-changing —  gift.

Rabbi Saks went to Yeshiva University, where he was ordained in 1994. Then he moved to Israel, getting a teaching job at Yeshivat HaMivtar. And he decided to tackle Agnon in the original Hebrew, “which at the beginning was difficult, because my Hebrew was not quite up to it.”

With practice, of course, the reading went quicker, and “at a certain point I realized I had read quite a lot of Agnon. The collected works are 23 fat volumes. I had an idea that I could make a sprint for the finish line, and made this concerted project to read it all.”

Reading it was one thing; mastering it was something else. As an educator, Rabbi Saks knew “the best way to learn anything is to teach it.” So he did. That led to him giving some talks at the Agnon House in Jerusalem’s Talpiot neighborhood, where Agnon’s residence, including its well-stocked library, is preserved. That led to his being appointed director of research by the institution.

And that led to his being brought on board when Toby Press decided to put out new translations of Agnon’s oeuvre.

“What started out as a small project grew to be 15 books,” Rabbi Saks said. “We translated the most important Agnon works that had not been translated, and reissued in revised editions some of the classic translations. I added annotations that tried to unpack Agnon’s references and the history behind the stories.”

So what was Agnon’s story?

He was born Shmuel Yosef Halevi Czaczkes in 1888 in Buczacz, a little town in Galicia. Then, it was in the eastern reaches of the Austro-Hungarian empire; today, it’s part of western Ukraine.

“He grows up in what we consider an ultra-Orthodox household,” Rabbi Saks said. “His father was a rav who made his living as a merchant. He was a very learned man who had literary aspirations. He wrote poetry and the like.

“Galicia was not the world of Tevye as depicted in Sholom Aleichem. It was different than Poland and certainly the Pale of Jewish settlement in Russia. It was a much more open society. And Buczacz was not a little town, a shtetl; it was a proper town. About 12,000 people lived there, about 60 to 70 percent of them were Jewish.”

Long, long before Stockholm, young Shmuel Yosef was recognized as a genius — an illui. The one-room cheder schoolhouse was no place for an illui, so he was sent to study in the town’s beit midrash, a study hall that included a library annex with shelves of world literature translated into Yiddish and Hebrew. By his teenage years, he was going off to the nearby forest and writing poetry and short stories, which he would read to his encouraging family. At 15, he published his first piece of writing, a Yiddish poem about the legendary 15th century kabbalist Joseph della Reina.

In 1908 Agnon moved to Israel as part of the Second Aliya, the wave of immigration before World War I. His goal: to be a Hebrew author.

That was not an obvious choice. 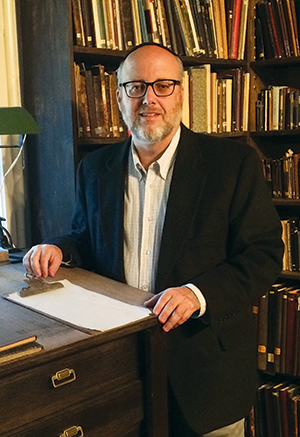 “A generation earlier, Sholom Aleichem vacillated between Hebrew and Yiddish,” Rabbi Saks said. “He settled on Yiddish for a simple commercial reason: There were so many more Yiddish readers in the Jewish world. So many more platforms to publish.

“Agnon, presumably out of Zionist commitments, made his way to the Land of Israel and being a Hebrew author.

“Tragically, we know what happened to those Yiddish readers. Today, there are many more millions who can read Agnon than can read Sholom Aleichem.”

The first story young Mr. Czaczkes published in the land of Israel is called “Agunot,” referring to wives anchored to marriages with men who had disappeared. He signs the story with the pen named “Agnon,” derived from its title; in 1924 he adopted the name officially.

“Rav Kook thought that the return to Eretz Yisrael wasn’t just a physical return, bringing Jewish bodies to Jaffa and Petach Tikvah and Jerusalem,” Rabbi Saks said. “It was the spiritual revival of the Jewish nation as well as the cultural revival of the Jewish nations. He was devotee of the reawakening of Hebrew as a contemporary spoken language. He understood that a sign of our spiritual and cultural revival would be producing our own literature. There was always rabbinic literature, plenty of books, but not literature in the modern sense, a literature that emanates out of the continuity of Jewish life.” That’s where Agnon came in.

“In 1912, Agnon wrote a novella, ‘The Crooked Shall be Made Straight.’ It reads like a chassidic tale, but anyone who confused it for a chassidic tale doesn’t know how to read between the lines to see how modern it is. It’s about an impoverished man in Galicia who has to go out shnorring, begging, to save himself. Through a kind of mistaken identity, he’s mistaken for dead, and his wife is told she can remarry — leading to the tragic consequence of being a married woman who has given birth to a mamzer.

Rav Kook read it in manuscript. His verdict: “This is an authentic Hebrew story, flowing through the Divine channels with no barrier.”

“Whatever that kind of kabalistically phrased book blurb means, it’s certainly the equivalent today of five stars,” Rabbi Saks said. “Rav Kook understood that modern literature deals with the messiness and complexity of life. You don’t have too many wholly righteous saints as the protagonists of modern literature. Saints make for good mussar, good pietistic works, but they don’t generally make for good literature. Rav Kook said this is authentic modern Hebrew literature because it emanates from the books on the shelves of the beit midrash, but does not have a place on the shelves of the beit midrash.”

The library of Agnon’s writings “include a whole wide variety of genres, from very short stories to very long novels,” Rabbi Saks said. “Unlike a lot of writers who mature from short stories to writing novellas to writing novels, he varied throughout his long career, with different genres and different styles, from what appeared to be pious retellings of chassidic tales to shockingly modern stories for which he was compared to the likes of Kafka — to his great chagrin.”

Like Kafka, much of his literary productivity was posthumous. “His daughter published more volumes after his death than he did in his lifetime,” Rabbi Saks said.

The result was a literary giant who towered over the generations who followed him in Israeli literature. “Amos Oz discussed this in his memoir quite frankly, feeling the shadow of Agnon hanging over him,” Rabbi Saks said.

“Agnon casts this giant shadow over Israeli culture to this day. The television show ‘Shtissel’ very deliberately engages with Agnon, as the creators freely admit. In one episode in the second season, as Akiva is deliberating whether to stick with art, we see him sitting on the couch holding a book in his hand. It’s only on the screen for a second. It’s Agnon’s magnum opus ‘Only Yesterday,’ the story of a character torn between the religious and secular worlds and someone who understands the power of art.”

Rabbi Saks said that Israelis often ask him “How can you possibly translate Agnon?

“That of course is no different than what they would say in France about Victor Hugo,” he said.

“Unfortunately, I have to say that it’s not a question of how do you read Agnon in translation; for many Israelis, how can you read it in Hebrew?”

That’s because Agnon’s writings are deeply rooted in the bookshelf of the beit midrash. “It’s not just that he’s populating his language with turns of phrase from Gemara and Midrash; he’s drawing our attention to the topics in those sources.”

Agnon’s work stands without knowing the references, Rabbi Saks said. “The judges in Stockholm who gave him the Nobel prize read him in translation; none of them would have caught the references to the Talmud. But they understood it was world-class literature, because his first impulse is always an aesthetic one, to create literature, not to create a word puzzle where you need to be googling to find all of his source works.”

That said, an English reader with a yeshiva background “will in some way be better positioned than an Israeli who will read him in Hebrew but the references will be lost on him because he’s at a remove from tradition,” Rabbi Saks said. And if you’re an English reader without a yeshiva background, you’re still invited to read the stories and tune in to the discussions Rabbi Saks will lead.

What: Will lead discussions of two short stories by S. Y. Agnon.

Details, including how to find the stories and access the Zoom session, are at rinat.org.