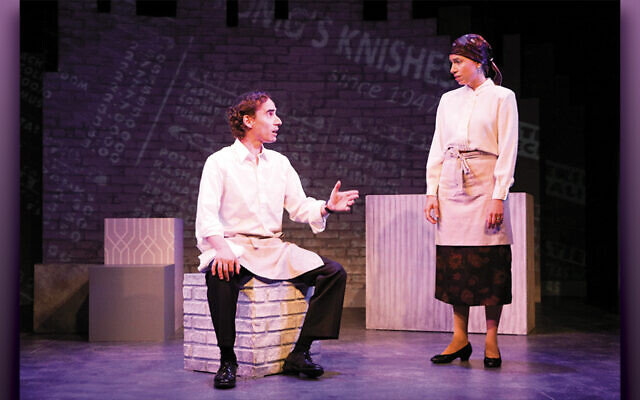 When he was growing up in Leonia, Cary Gitter couldn’t wait to leave. It was boring, he thought. He’d escape to Manhattan and shake the small-town dust from his feet. He was destined for theater.

As it turned out, Mr. Gitter was partly right. At 32, he does live in the city — he’s in Brooklyn now, but when he first left home it was for NYU’s Tisch School of the Arts in downtown Manhattan — and he is an up-and-coming playwright.

His latest play, “The Sabbath Girl,” had its debut at the Penguin Rep Theatre in Stony Point this summer, and it’s set to open in Manhattan in February. (See box.)

The advice that playwrights, as well as other writers, get — to write what you know— is clichéd. But because it’s so true, it’s good advice. And so that’s what Mr. Gitter did, both in this play and in earlier works.

And as he wrote about growing up in the Jersey suburbs — to be specific, growing up Jewish in Jersey, not to mention growing up in a family that had both Jewish and Christian roots, complete with Italian-American cousins in Brooklyn — he almost did a Dorothy. Even if you don’t want to live there anymore, when it comes to writing, there’s no place like home.

Mr. Gitter’s parents, Sidney and Virginia, came from very different backgrounds. Sidney Gitter, who came from New York, “was older,” his son said; he was born in 1930 “and was in his 50s when I was born. His parents were from Eastern Europe and had come over before the war.”

His grandmother had a long life, and so her grandson was able to get to know her; he was 14 when she died. “I wrote a one-act play about how my grandparents met,” Mr. Gitter said. “It’s based on a true story.” His grandfather, who was born Betzalel Gitter — “that’s my Hebrew name too,” Mr. Gitter said — and became Charles in the New World, came to the United States when he was young, and went back to Europe when he was 20 to claim the bride who had been promised to him. But he fell in love with another woman, and married her — that was Chava, later Eve, Gibber, who had to change only two letters of her surname when they wed. The rest of Chava’s family stayed in Europe; she was the only one of them to survive the Holocaust. 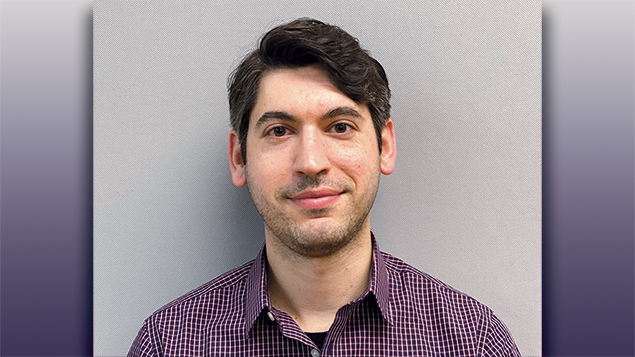 Mr. Gitter’s mother, who came from California, was born with a Jewish-sounding last name, Golden, but she was not born Jewish. She converted later, because she liked being Jewish and living a Jewish life.

The family were active members of Congregation Adas Emuno in Leonia; Cary went to public school. “Because of my father’s interests, I was exposed to a lot of theater and film when I was growing up,” he said. “We went to see a lot of shows, and I was exposed to a steady diet of TCM movies.” That’s Turner Classic, home of the yes, classic American films that provide the grammar and vocabulary for later filmmakers to adopt, adapt, or rebel against. “So I had a great cultural education outside of school,” Mr. Gitter said.

He knew, from the time he was in high school, that he wanted to be a playwright, and that ambition was honed when he won an award in a high-school playwriting festival. So he went to Tisch.

Mr. Gitter also was clear-eyed in a way that must have made his parents proud. “My undergraduate degree is a BFA in dramatic writing.” But he realized, about halfway through college, that his education wasn’t broad enough to be truly liberal arts — “that I was too young to be focused so narrowly, and that I wasn’t really learning anything,” he said. “So I ended up minoring in a couple of things to compensate” — “things” being shorthand for more academic fields — “and then I got a scholarship from an external organization; it was called the Beinecke Scholarship, and it’s for graduate studies in the humanities.” That scholarship went to about 20 recipients that year, and it allowed Mr. Gitter to “have the luxury of doing a liberal arts masters, and getting all the stuff I had missed out on.”

But he knew that he wanted to write plays. That desire did not change.

“In my 20s, my artistic home was the Ensemble Studio Theatre in Hell’s Kitchen” he said. “They have a very well-known program for emerging playwrights under 30, called Youngblood. It produces a lot of Pulitzer winners.”

Program participants meet every week to discuss their work, and they present it publicly. “It’s like being in grad school,” Mr. Gitter said. And he did have a day job that was useful not only for paying the bills but for teaching him. “I was the editorial manager for marketing at the 92nd St. Y,” he said.

Mr. Gitter stayed in that program until “I turned 30 and got kicked out,” he said.

He also worked with a group called the Jewish Plays Project, a Manhattan-based “theater development organization that is committed to fostering contemporary Jewish plays and themes,” he said. 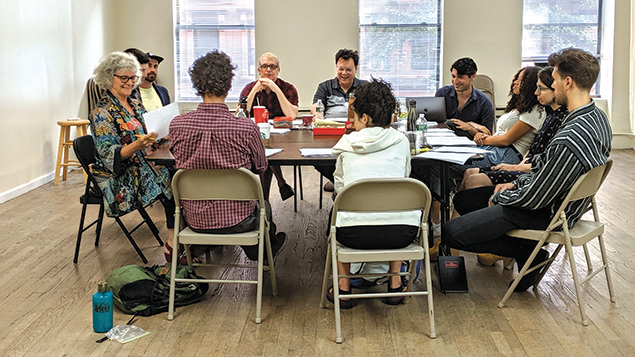 The cast gathers for the first read-through of “The Sabbath Girl.”

So why does he write about Jewish themes? Why does he affiliate with Jewish organizations? “It is the identity that I know,” he said. “Even though I was raised Reform, and I am not super-observant in my day-to-day life, I feel very culturally Jewish, and I find there to be so much fertile material in Jewish life, in terms of the humor and the constant argumentation.”

This play, “The Sabbath Girl,” “is set in New York City, but the main female character, Angie, is a Jersey girl who has gone off to the big city,” he said.

“Several of my plays are set in a fictional town called River Hill, which is based on Leonia. It’s a small town, it’s in North Jersey, just outside New York City, and everybody kind of knows everybody else’s business. Some people are upwardly mobile and just want to go to New York, and others just want to stay in town.

“I have written a lot of plays about Leonia, the way that Philip Roth wrote about Newark, because it has influenced me. It’s the idea of growing up thinking that this town is boring, but when I grew up, I found my imagination often returning to that small town.”

“The Sabbath Girl,” however, is set in New York. “It’s a romantic comedy about an Italian-American woman who is the curator of an art gallery,” Mr. Gitter said. “She’s very ambitious, and she has just moved into a building on the Upper West Side. It’s her first apartment on her own. She is very focused on her work, and very dubious about relationships, particularly because the kind of men she has met in the art world have worn her out.”

In other words, Angie is ready to meet cute.

She meets Seth, who runs his family’s knish store on the Lower East Side, and who is figuring out how to be Jewish now that the traditional ways that he grew up with no longer work for him. “He is having a crisis of identity and of faith,” Mr. Gitter said. His sister, Rachel, another main character, still is Orthodox and represents that community respectfully, accurately, and well, Mr. Gitter says. “She defends her way of life and her beliefs passionately.”

The romance turns on a plot device. The man who used to live in Angie’s new apartment was Seth’s Shabbes goy (he hasn’t left his community entirely, it seems) and, well, things develop from there. Because this is a rom-com.

“This play is a bit of an outlier among my peer group,” Mr. Gitter said. “It is not edgy or provocative. It has an old-fashioned heart.

“But the response we got last summer, particularly because of the way things are going now, is that it is a refreshing reminder of the ability of different people to connect. And with the surge of anti-Semitism, just having these Orthodox characters on stage is a statement in itself. It’s sadly relevant in a way that never was intended.”

He’s careful with his Orthodox characters, Mr. Gitter said. “I realized recently that in all my years of theater-going, outside of specialized Yiddish productions I don’t think that I ever have seen Orthodox characters on stage. It’s a world that doesn’t often get depicted, and we have tried to depict it thoroughly and carefully.”

What: “The Sabbath Girl”