Elana takes a selfie with her parents at a bowling alley in Florida, where she lives now. (Forman family)

After they finally saw the cues that they’d been missing for years, after they realized that their second child, their brilliant daughter Elana, who had appeared to be dealing with a series of issues for years but seemingly was able to handle them, was deep in the grip of substance abuse, after they helped her — and it wasn’t easy, but they are strong and tough and loving, and so, after many false starts and bad times, Elana got off drugs and has been drug-free for two years now — Lianne and Etiel Forman of Teaneck saw themselves as having a stark choice.

As anyone who has met a Forman must know, that’s not much of a choice. The Formans went big.

In April 2018, they organized a community meeting at the Torah Academy of Bergen County that brought out a huge cross-section of the county’s Orthodox communities; local rabbis, heads of school, and other leaders had urged people to show up, and they did.

Since then, the Formans have continued to grow the group, which they’ve incorporated as Communities Confronting Substance Abuse.

In January, it was named as one of four start-up ventures that the Orthodox Union has chosen as the second cohort of its yearlong Impact Accelerator, “a mentorship program for growth and early-stage funding for Jewish nonprofit entrepreneurs,” as its press release puts it.

The process of applying for the program was basically like Shark Tank, Ms. Forman said. It began by winnowing. “There were about 80 applicants, and they chose 20 to go to the OU headquarters and meet with the committee. From that, they picked nine to go to a pitch night in Stamford, Connecticut.”

The evening turned into more of a family affair than she and her husband realized it would, Ms. Forman said; her youngest daughter, Nava, was there representing her high school, Ma’ayanot, at another OU program, this one to train young leaders. “They have to come up with their own projects; one of their things was listening to our pitches.” They didn’t know that Nava was in the group that listened to her parents’ pitch, Ms. Forman said, but what she did know was “that the kids asked questions, and they were amazing questions, intuitive and great.” The students were not able to vote on the pitches, but they did choose which one they liked best, and that venture was given $1,000, she added.

There was a panel of 10 adults at pitch night too, a group of professionals from a range of fields. “One of them came up to me after the pitch and said that he had a kid in recovery too. Our pitch touched a personal note for him,” Ms. Forman said.

Each candidate was allowed five minutes. “We put together a PowerPoint,” she said. “We prepared our notes and tag teamed it; his comments were in red and mine were in blue.” Both of them are lawyers, and both are accustomed to public speaking, so what was this like? “I have spoken in front of audiences, but never on a timer,” she said. “You always have something at stake, but here we had one thing very much at stake.”

They had to prove “not only the value of what we are trying to do, but that we have a viable model. You can have a great idea, and a compelling personal story, and passion, and heart — but you also need to have something sustainable, something that can be built and carried forward.” The real question, she said, was “are we really good enough.”

The program is mainly mentorship. “They don’t give us any money until the end, and you have to graduate first,” Ms. Forman said. “It’s teaching you how to be an effective charity. There are some generic workshops, and then a certain amount of customization. Someone might need help in filing their papers to become a 501(c)(3), for example. We know how to do that, but we don’t know how to fundraise or how to market ourselves strategically.”

She does know what she and her husband want. “We want help with a strategic plan. We want to replicate what we are doing in Bergen County in other communities. We have started to do that, but we want the mentorship and guidance and training that will get us to the next level.” 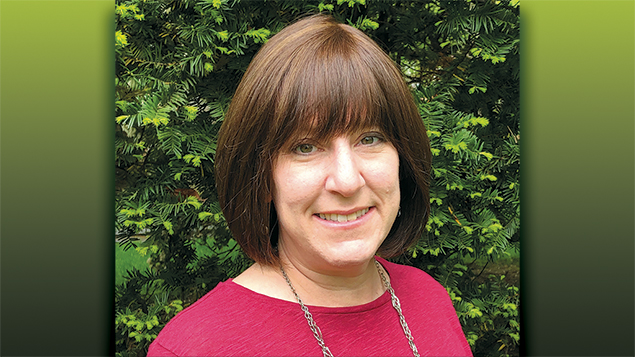 As they work to help other communities, “we really are focused on three main areas,” Ms. Forman said. “The first is our support groups, which have been running since May 2018. They’re for the loved ones of people struggling with substance abuse or addiction. We have had parents, spouses, siblings, grandparents, aunts and uncles, fiancés, pretty much every relationship.

“The groups are professionally facilitated,” she added. And they’re open to everyone, not just members of the local Orthodox community. They’ve found that Jews “are relieved to have a common vocabulary, and not to have to explain. People have said that they’ve gone to other support groups and have had to explain what Shabbat is. Everyone who has come identifies as Jewish to some degree, but no affiliation is required.”

The second area is “partnering with the Bergen County prosecutor’s office, the Bergen County Prevention Coalition, and Amudim,” Ms. Forman said. Amudim is a New York-based nonprofit agency that specializes in case management for people harmed by problems that affect the Orthodox community as they affect all other communities, particularly substance and sexual abuse. That coalition of partners has put together a program for Jewish middle and high schools. “The Bergen County prosecutor’s office has a program called Pathways to Addiction that they use in public schools, and they have modified it to be culturally sensitive,” Ms. Forman said.

“They are amazing. They want to reach the Orthodox community. They want to connect because they want to offer help. They have been wonderful, and I cannot sing their praises enough.

“Their mandate is community relations, and here is a section of the community where they can’t offer their services because they haven’t found a way over the bridge to them. I think that’s true of any insular faith-based community.” And on her end, it makes sense to accept the help, both to foster a good relationship and because “why should we reinvent things that we don’t have to reinvent? Why should we create something that already is there?”

The program they present tells students “about going from opioids to heroin, how that could happen, how it can take someone down the pathway to addiction. The coalition talks about vaping, about marijuana, about alcohol, about what it does to the teenage brain. We and Amudim do the cultural overlay.”

The programs that Communities Confronting Substance Abuse and their community partners offer in day schools include role-playing for refusal skills — teaching children how to say no. They bring an undercover narcotics detective to talk about his experiences.

“It’s all about choices, and being armed with the information and the skills you need to make good choices,” Ms. Forman said.

This program cannot run outside Bergen County exactly as it is because it is a partnership with Bergen County officials, “but it is a model that we hope we can replicate,” Ms. Forman said. “Even if it is just us, with a team of professionals” — but without the governmental partners — “we can do educational or awareness events and present the information in the schools and communities.”

The third area is a repeat of the mental health and addiction symposium that Communities Confronting Substance Abuse and Refa’enu, a Teaneck-based group for people who had mood disorders that was started by local writer and activist Dena Croog, held last May. “That was such a success that we want to do it again,” Ms. Forman said. This time, her daughter Elana will fly in from her home in Florida to speak. “That kind of global educational event is something that we can take on the road to help other communities,” Ms. Forman said. And RN/APRN and PAs will be able to get continuing education credits from it.

Communities Confronting Substance Abuse will undertake other projects as well, she said; it can offer customized services. “We will do whatever you want us to do — speak at shul, speak to parents, speak at schools.”

Ms. Forman is confident that the OU Impact Accelerator will help her and her husband strategize, figure out how best to help other people as they wish they had been helped, and continue to break down the barriers that have kept families from admitting that they have problems and thus get help for them.

They will continue to go big. They know that they’re not cut out for simply going home.