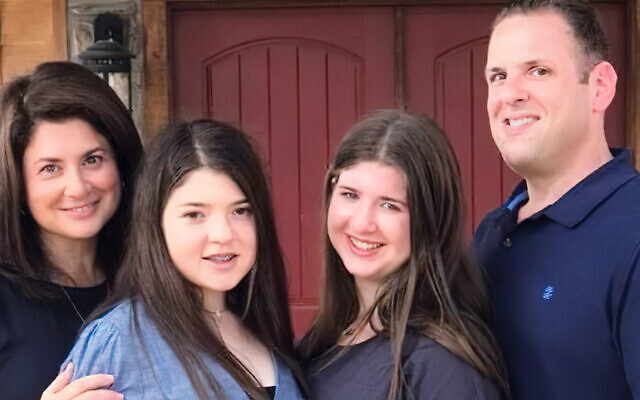 It was supposed to be a peaceful vacation.

Last Tuesday, on the second day of Shavuot, Eric Orgen was walking down Collins Avenue in Bal Harbor, Florida, with his family and a friend.

Mr. Orgen is president of the Teaneck Volunteer Ambulance Corp. His wife, Karen, is a member of Teaneck’s town council. Their daughter Jamie is a junior at Ma’ayanot Yeshiva High School for Girls in Teaneck. Another member of the council, Teaneck Deputy Mayor Mark Schwartz, was with them as well.

And then an SUV pulled up and four men in their early 20s began to scream out the windows “Free Palestine! Fuck the Jews! Die Jews!”

“They yelled they were going to rape and kill Jamie and Karen,” Mr. Orgen said. The assailants threw garbage and a water bottle out the window at the Teaneck group. “Then a man in an Audi behind them pointed a gun at them and they took off.”

Ms. Orgen told her husband they should report the incident. He wasn’t so sure. “Florida doesn’t require a front license plate on a vehicle, and I was more concerned with protecting my family than getting a license plate number.” Instead of calling the police, he took to Facebook.

“I was upset over yontiff because Teaneck didn’t raise the flag,” he said, referring to town leaders’ decision, immediately before Shavuot, to cancel a planned Israeli flag-raising in a Teaneck park. “So I put up a post” in which he recounted the incident and asked: “Tell me again why we are not raising the Israeli flag in Teaneck to show solidarity with those of us who continue to experience hate for simply being Jewish?”

The post went viral, and the mayor of Bal Harbor called the next morning.

And while he hadn’t captured the perpetrators’ license plate, it turns out that cameras on the street captured the incident and the police were able to identify the vehicle.

“I’m fairly confident that justice will be served,” Mr. Orgen said. “It’s been intimated to me that this will be prosecuted to the fullest extent of the law. The police department has been phenomenal.

“Unfortunately, it’s not the first time it happened to me in my life and it’s not going to be the last time,” he said of being assaulted while wearing a kippah. Looking at the big picture, “My take is that Jewish lives don’t matter,” he said.

“When the Black Lives Matter committee had a parade on Teaneck Road, this community came out and marched with them,” he said. “How come they’re not out marching with us?

“My grandmother survived the war in Hungary,” he added. “This is how it started.”

Meanwhile, his elder daughter, Allie, has been witnessing violence in Jerusalem, where she is studying in an Old City yeshiva during her gap year. “She sent me a video from the night before Shavuot when Arabs were throwing fireworks and rocks down from the Temple Mount to the Kotel,” Mr. Orgen said. “One of her friends from Teaneck had a rock thrown at him while walking in Jerusalem. Now they’re being restricted on when they can leave their dorm rooms just to go to school.”