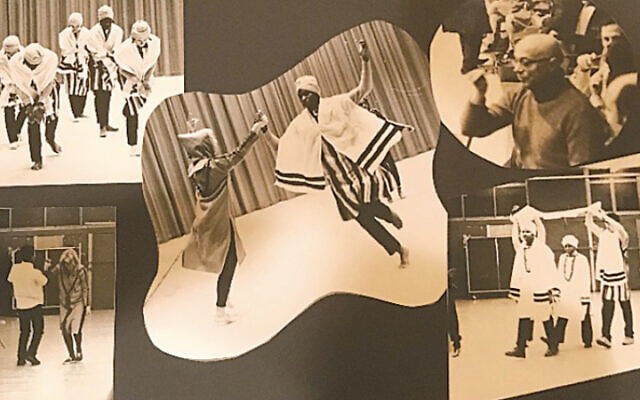 Because I was bored out of my mind during this pandemic, I decided to set a goal. I was going to clean out my attic. I figured if I had to be home, I might as well do something useful.

The biggest challenge was going through boxes and boxes of photographs.

Yesterday I came across photos taken in the 1960s, when I first arrived in New York City from Savannah, Georgia. I was newly married and had just begun graduate school at Columbia University. I had a new husband, but no friends. One evening I took a bus across 96th Street from my Upper West Side apartment (where we were paying rent that was 10 times more than we would have paid in the South) to the 92nd Street Y, on the Upper East Side. I was looking for a Jewish connection.

At the Y, I found a once-a-week open Israeli dance session, which was preceded by a dance class led by Fred Berk, a dominant influence in the world of Israeli folk dance in the United States. I started dancing immediately.

After a few months Fred asked me if I wanted to be part of an Israeli dance troop. He was in charge of an Israeli folk dance festival at Madison Square Garden. The group was just forming and he was looking for another dancer. He thought I would be perfect. I said yes, and Fred introduced me to the other dancers.

I found myself in the middle of a group of black Jews, men and women, from Harlem. You can only imagine how surprised I was. Or maybe you can’t. I mean, I was really, really, really surprised. (Did I say that enough?)

First, I didn’t even know that there were people who were both black and Jewish. I had lived only in the South. And, second, I had all kinds of friends; Lutheran, Baptist, Methodist, Greek Orthodox, but never someone my age who was black. Savannah High School was segregated when I was a student there. When I went to Emory in the early 60s, there was not one single black person in the entire school.

This was new territory for me. My brain did a quick spin and asked, “Does this make any difference to me?” And in the next millisecond, I answered myself. “No.”

I realized that I loved being with people who bring something different to my table of life. I believe that it doesn’t matter what you look like, but what you are inside. And through our common love of Israeli dancing, I was able to experience being friends with a community of Jews that I had known nothing about. How lucky can you be?!

Just as an aside — I brought photos home, to Savannah, to my family, showing me dancing with my clearly black partner. My mother, who always insisted that I go out only with Jewish boys, looked at the photo in surprise. In case you are too young to know, at that time, there were not many photos of white women holding hands with black men. I told my mother, “It’s OK, Mom. He’s Jewish.” That was the end of that.

But what drew me full circle is that now, some 50 years later, I find myself in a new dance team. I am sometimes in Atlanta, back to my southern roots, so I can be near my son, daughter-in-law, and two granddaughters.

I joined the Atlanta Dream Supremes. What is that, you ask? Well — it is the senior dance team for the Women’s National Basketball Association team, the Atlanta Dream. And here I am again surrounded by the most wonderful, fabulous, caring dancers, mostly black and a few white. We all love dancing and are willing to go out there during half time, at our advanced age, and perform unashamedly in front the spectators. This is my first year on the team.

We practice all the time. And, boy, do these women on the dance team have the best moves. Unfortunately, the pandemic has put a squash on the WNBA games and our performances too.

I have come to realize that I enjoy being with people whose lives are not the same as mine. The members of this senior dance team add a different dimension to my life. I think I am a more aware person for it. I am reminded that a common interest, like dance, can bring people together when otherwise that relationship might not have been formed. And it is through these relationships that we can build a good and better world.

It’s not about differences, but about what we share in common. It’s all about taking a First Step, as my Harlem dance troop called itself in the 1960s, and building on that.

Simone Wilker of Washington Township, who recently retired as the owner of AlphaGraphics, has served as a board member of Temple Emanuel of the Pascack Valley; she and her late husband, Bernie, chaired the synagogue’s move from Westwood to Woodcliff Lake. She now splits her time between Atlanta and New Jersey. She’s been involved in many Jewish organizations, such as Hadassah, JCRC, JNF, and AIPAC.