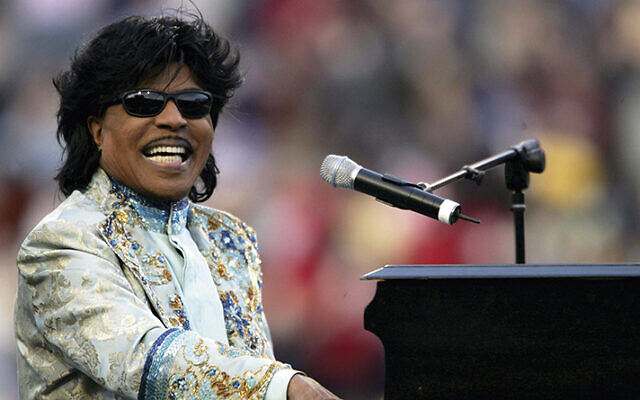 Little Richard, a founding architect of rock ’n’ roll who died on Saturday at 87, was fascinated with Judaism for decades — so much so that he even might have observed Shabbat.

As detailed in an article published in the Forward after the flamboyant singer’s death, Little Richard mentioned his interest in Judaism several times over the course of his career.

In 1972, he shocked a BBC interviewer by calling himself “a lil’ Jewish boy, black bottom, from Georgia.” While acting in movies in the 1980s and ’90s, he wouldn’t work on Fridays, because Shabbat was coming.

A 1986 Florida Sun-Sentinel article claimed that Little Richard — born Richard Wayne Penniman in Macon, Georgia — had converted to Judaism officially, with the encouragement of Bob Dylan. Little Richard told the paper that he had celebrated Rosh Hashanah while touring that year, and added that he “only missed going to synagogue one Saturday for the past year.”

Jewish director Paul Mazursky, who worked with Little Richard on two films, wrote in his memoir that he thought the performer’s claim about observing Shabbat “was a scam.” But when Mazursky talked to Little Richard’s manager about it, he responded: “He really is Jewish.…”

Little Richard grew up in a religious Christian family and went to AME, Baptist, and Pentecostal churches. After a peak of his musical career, he became an ordained minister and then returned to show business.