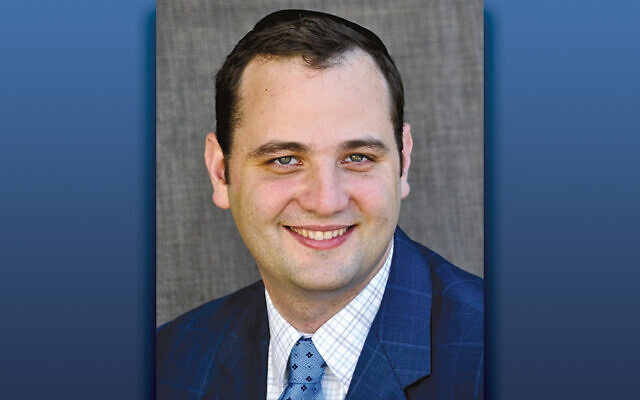 In April 2017, when the Supreme Court heard oral arguments in the case of Trinity Lutheran Church of Columbia, Inc. v. Comer, Justice Samuel Alito began his questioning of the attorney for the State of Missouri by citing an amicus brief filed by the Orthodox Union.

The case concerned funding for a kindergarten run by a church in Columbia, Missouri. The school had applied for a state grant to repave its playground using recycled tires, and its application had been approved. But the state didn’t dispense the funds, arguing that it was banned by the state constitution, which decreed that “no money shall ever be taken from the public treasury, directly or indirectly, in aid of any church, sect or denomination of religion.”

But is such a blanket state prohibition in keeping with the U.S. Constitution?

Mr. Alito asked the Missouri attorney “about some federal laws that are highlighted in the amicus brief filed by the Union of Orthodox Jewish Congregations.” Would laws such as the homeland security grant program that has funded synagogue measures such as installing bollards pass muster under the Missouri constitution?

“The answer traditionally would be no,” James Layton, a former Missouri Solicitor General, replied.

The Orthodox Union has played a leading role in securing the homeland security grants. And it has been leading the battle within the American Jewish community for changing the balance on church-state separation to ease government funding for religious institutions, including synagogues and Jewish day schools.

“State exclusion of religious institutions from public funding is a big area in the field of religious freedom,” Michael Helfand said.

Mr. Helfand wrote the amicus brief for the Orthodox Union along with Nathan Diament, the OU’s director for public policy. Mr. Helfand is a professor of law at Pepperdine University, which is affiliated with the Churches of Christ. He is an expert on religious liberty. And he is scholar-in-residence at the Young Israel of Teaneck this weekend (see box).

In the end, Mr. Helfand’s brief helped win the case for Trinity Lutheran: The Supreme Court ruled in its favor, 7-2.

Now, he said, the Supreme Court is poised to decide another case that could further expand the rights of religious institutions at the expense of state constitutional provisions. A ruling in a pending case involving a Montana law could have an impact in New Jersey, where courts are deciding whether a $10 million state allocation to the Beth Medresh Gevoha yeshiva in Lakewood passes muster under the state constitution.

In the Montana case, which the Supreme Court has agreed to hear this term, the state had passed a private school funding program where donors would get tax credits for donating to school scholarship programs. The Orthodox Union has supported such programs in states such as Florida, and said that the programs are successful in making Jewish day school tuition more affordable. In Montana, the state supreme court ruled that because the program allowed money to aid church-run schools directly, the entire program violated the state’s constitution.

Mr. Helfand said it was a bit of a surprise that the Supreme Court took on the case, given that the result of the ruling did not discriminate against religious schools. Following the state court ruling, “Nobody gets the tax break,” he said.

So with no actual discrimination against religious institutions at play, it’s possible that the Supreme Court is looking to overturn the Montana constitutional provision entirely.

“Under the Trinity Lutheran decision, you can’t discriminate against an institution because of what they are,” he said. The fact that a school is religious doesn’t mean its playground can’t be funded by the state — though a 2003 decision said “it was okay to discriminate against someone getting a degree in devotional theology” when it came to subsidizing education.

Another big case involving religion that Mr. Helfand expects the Supreme Court to take up could increase employers’ responsibility to make accommodation for religious employees.

“It’s obviously a big one for Jews,” Mr. Helfand said, though the case itself involves a Seventh Day Adventist who was fired by Walgreen’s for refusing to work Saturday shifts.

The underlying law at issue is Title VII of the Civil Rights Act, which prohibits employment discrimination based on race, color, religion, sex, and national origin.

“Title VII set a standard of ‘undue hardship’ as limiting an employer’s requirement to accommodate religious employees,” Mr. Helfand said. “But in the late ’70s, the Supreme Court said if there’s any ‘de minimus burden,’ the employer is exempt. That sounds like a much lower standard. They kind of kicked it down a notch.”

Now, the Supreme Court has signaled it will take up the case, raising expectations that it will revisit the standard to the benefit of religious employees.

“It’s possible that they might say religious employees are guaranteed wider ranging protections in the workplace,” he said.

“From the perspective of an employer, you’d rather have all the employees capable of working a shift when you want them to work a shift. But the point of a pluralistic religious society is people shouldn’t have to choose between the ability to feed their families and practice their faith. So the Supreme Court may decide that employers may have to work a little bit harder to have that kind of society,” he said.

The 2018 Supreme Court case that promised to be a culture war flashpoint over that issue “turned out to be something different than what we thought it would be,” Mr. Helfand said. Masterpiece Cakeshop v. Colorado Civil Rights Commission was decided on religious discrimination grounds, he said, with the court ruling that the Colorado Civil Rights Commission had not been neutral toward religious objections to making cakes for gay marriages.

“One of the commissioners said ‘it’s despicable when religion is used to hurt people,’” Mr. Helfand said.

“For the Jewish community, one of the most important things in this ruling is that we can take all of this history into account in terms of evaluating whether or not the government has acted in a neutral way or a religiously discriminatory way. The court had never been clear on whether you could take legislative history into account. Eruv cases often hinge on legislative history and notes from public meetings. The Masterpiece case says that the court can consider the history of all the government actors in proving that it is discriminatory. It’s an important tool going forward for the American Jewish community.”

Mr. Helfand said he worries that “religious liberty — like many other issues — is becoming both polarized and weaponized in ways that undermine its core principles. To the extent that it’s increasingly viewed as a tool of the right, it means support is atrophying for one of the basic building blocks this country was founded on, which I think is dangerous. The American Jewish community has a unique role to play in pushing back against this trend. My concern is that religious liberty will become just one of the polarizing issues that some people buy into and some don’t — and what a terrible consequence that would be for America.”

Mr. Helfand says he believes the Supreme Court is aware of the dangers. “There are a quite a number of justices who are deeply concerned about the implications in these culture wars. Look at the Masterpiece Cakeshop decision. Its scope was narrow by design, and was 7 to 2. Trinity Lutheran was also 7 to 2.

“It’s not clear to me that the court is polarized the way people fear. I have great hope for the ability of this court to balance competing concerns and find the way forward.”

Who: Michael Helfand, professor of law at Pepperdine University

When: Friday, January 3, and Shabbat, January 4

Topics: Friday night, 8 p.m. (at a private residence) — Religious Liberty in Crisis: What it Means for the Jewish Community

Shabbat, following 3:50 p.m. Mincha — The Mohel, the Baker and the Eruv-Maker: What Does Religious Discrimination Look Like?