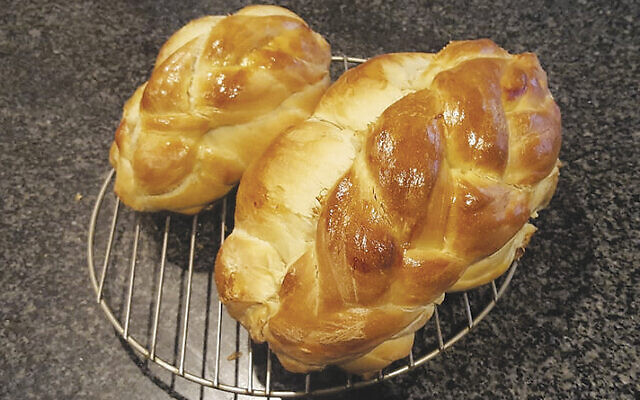 Over the past few weeks, visits to the supermarkets and specialty food stores that I frequent have confronted me with shortages of an array of products. Toilet paper was the first to go, then bottled water, canned goods and for some bizarre reason, grapefruits. Each trip was an adventure in shortage discovery. The biggest surprise, however, came in the absence of those little packets and jars of yeast that are sometimes found in the baking aisle but more often in the dairy section. They were gone from every store that I visited, and a quick check with friends and neighbors revealed that the scarcity was universal.

An internet search revealed that there was indeed a problem. In a season where demand generally drops, the stay-at-home orders were exciting aspiring bakers’ creativity, and retail outlets quickly sold out. A product never in high demand was seeing its moment.

I’ve been a baker — especially a challah baker — for the past 30 years. I’ve perfected a recipe that is easy to follow and I’ve taught many friends and family members my technique. By my reckoning, it’s a recipe that now is being made on three continents, and for me it is truly what makes the Shabbat holy and a core of my Friday routine.

In “normal” times, I mix the dough before work and my wife punches it down twice during the day. Depending on the time of year, I might be home in time to shape and bake the loaves, but if I’m not, if not, my wife takes over that part of the task for me. Our goal is to have a warm loaf to sanctify our Shabbat table.

Under lockdown, the days have a sameness that is disquieting. Keeping Shabbat in our lives, despite the fact that we haven’t stepped foot in a synagogue since Purim, gives an anchor to our week. Challah, candlesticks, wine, and a festive Friday night dinner, if only for my wife and me, gives a level of normalcy to an otherwise uncertain world.

I used up my last tablespoon of yeast right before Pesach. I even gave away some to a neighbor sheltering in place during the early days of covid-19. I never imagined that jars and packets of yeast would become such a valuable commodity. With no yeast, though, how would we make challah? Note to self: It might be time to evaluate just what items in our pantry are “essential.”

Imagine how much worse this crisis would have been if we did not have the internet. I searched yeast substitutes and homemade yeast and entered the prepper universe; individuals and groups preparing for the coming global apocalypse by growing their own, stocking up and readying the bunkers. Things are difficult — but I don’t think we have gotten to that point. 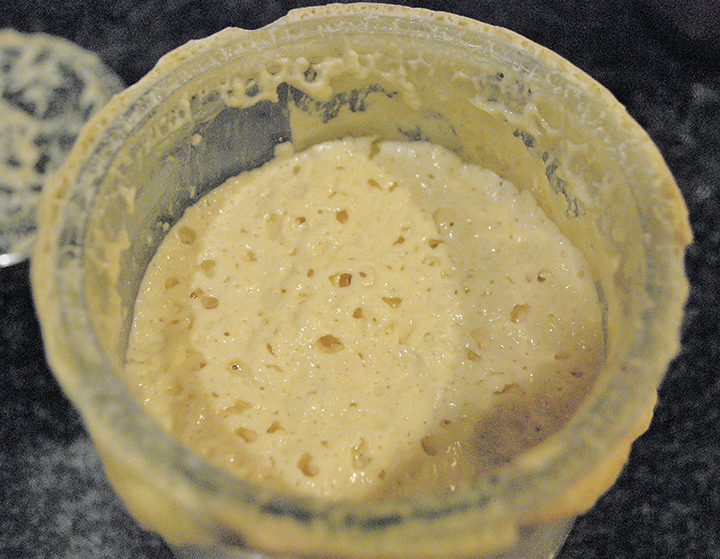 What I did learn was that commercial yeast as we know it, from companies such as Red Star and Fleischmann’s, was a direct result of the pioneering work of Louis Pasteur, who discovered precisely how yeast works and enabled manufacturers to duplicate that process in a reliable and predictable way. What’s more, I discovered that this process could be done at home, and that I was already doing it.

Ancient Egypt of around 4,000 years is credited as the birthplace of bread. To make their dough rise, the Egyptians relied on a fermentation process that used natural airborne yeasts. We know this process today as sourdough, and it usually is associated with crusty artisan loaves, not the golden braided loaves that I had been making for decades.

On the internet, It was again the preppers who were giving sourdough challah ideas but no definitive recipe. In many cases they were milling their own flour. My mantra when I bake and teach others is that to be successful, you have to know what the dough should look like, feel like, and sound like. Materials change, water is harder or softer, temperature and humidity vary, ovens are idiosyncratic, and even the altitude could make a difference. I had made challah in all kinds of interesting scenarios. This was just one ingredient that had changed. What did I have to lose?

For my birthday two years ago, my wife gave me a sourdough starter from King Arthur Flour. Caring for a sourdough is very much like getting a new puppy. You have to feed it and baby it and treat it with consistency to keep it going. I’m still a novice at this, but veterans will tell you about starters that have been in the family for decades. It is something I can aspire to. From this starter I’ve made many wonderful breads, waffles, pizza, and bagels.

This starter was about to learn a new trick.

In my challah recipe, I always proof the yeast. Proofing involves adding water, flour, and sugar to the yeast to test if it is still active. This way the baker knows early on if the dough will rise or whether it will end up as dense lump of hard flour. The process can take up to 10 minutes. For my sourdough, I speculated, overnight might be best. I swapped the one tablespoon of yeast that I normally use for one half cup of starter, added one half cup of water, one tablespoon of flour, one teaspoon of sugar, and went to bed.

In the morning, I was greeted with a foaming mass of beautiful yeasty froth. When I told my daughters and friends what I was trying to do, they reacted with skepticism. Wouldn’t it taste like sourdough? Wouldn’t it be too crusty? Would it have those huge holes that we welcome in artisanal breads?

As any baker knows, you never know what the final product will taste like until you cut into it. My dough rose as expected, felt good to roll out, and baked into golden and delicately braided loaves, although they took slightly longer in the oven to brown.

Above all, I was proud that I had attempted it. Like our improvised Zoom seder the week before, we had taken the inconvenience that had been thrown at us and turned it into a challenge. This was our opportunity to prove our mettle; to improvise and provide new meaning and avenues to show our dedication to our traditions. Even if it wasn’t delicious, it lit up our table, and said, at least to ourselves and to anyone who was interested in the progress of my experiment, that we were still committed to honoring the Shabbat in the best way we could.

It was tasty but not my best. It was denser and drier than the challot that I pride myself on. It’s a good start, though. This week I’m going to play with the oven temperature and baking time. There is still no yeast in our stores, and now I’m hoping I will have the time to perfect the recipe. I may be onto something here.

Charles Rubin is a computer systems engineer with a major media company. He lives in Hoboken.