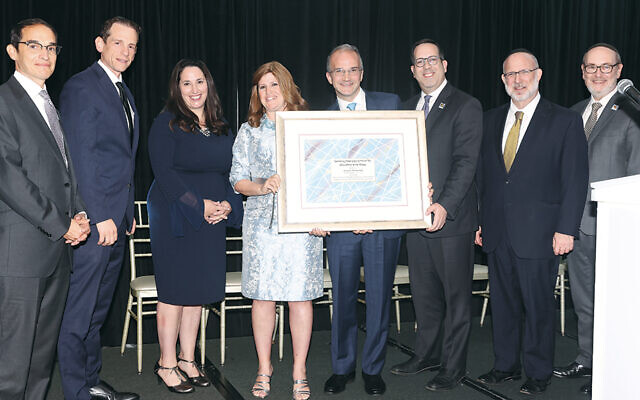 At its recent gala, NCSY, the Orthodox Union’s National Council of Synagogue Youth, feted communal leaders who have invested in programs that have fostered Jewish continuity and identity. More than 300 supporters attended the party in-person, and viewers at 300 screens watched it online. The guests of honor were long-time NCSY supporters Becky and Avi Katz of Teaneck. Mr. Katz is the chair of the Orthodox Union’s Board of Governors and had chaired NCSY’s board.

The celebration also honored Home Depot founder Bernie Marcus and hospitality titan Mike Leven as “Champions of the Jewish Future.” Both have supported initiatives geared toward inspiring teens to create stronger connections with their Jewish identity. 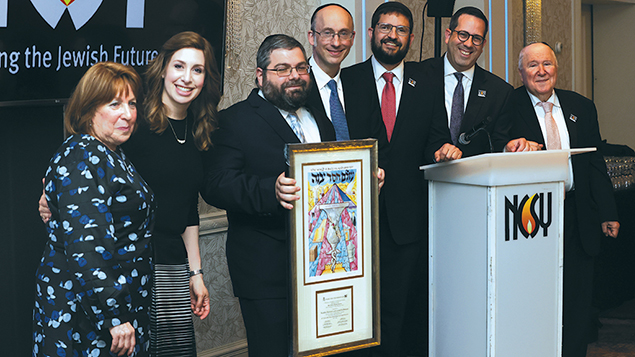 “We’re extremely thankful to Mr. Marcus and Mr. Leven for all they have done to help inspire the next generation of Jews to better connect with their heritage, faith and religious identity,” Moishe Bane, the president of the Orthodox Union, said. “Their commitment to the continuity of our heritage inspires the NCSY team daily to find better ways to connect with teens in the most meaningful and impactful manner possible.”

For nearly seven years, Mr. Katz chaired NCSY’s youth commission and helped to cultivate the organization as it grew into the flagship international program it is today. “The Katzes contributions by participation in NCSY programs, in their opening their home regularly for NCSY events, and in the analytically based improvements to NCSY organizationally and programmatically that Avi created and helped to implement, will be felt by NCSYers for many years to come,” Rabbi Micah Greenland, NCSY’s international director, said.

Nachum Segal and Miriam L. Wallach of the Nachum Segal Network were honored for their continued partnership with NCSY and the OU. Mr. Segal is the network’s president, executive producer and host of the network’s flagship “JM in the AM” morning broadcast. Ms. Wallach is its general manager and hosts her own show, called “That’s Life.”