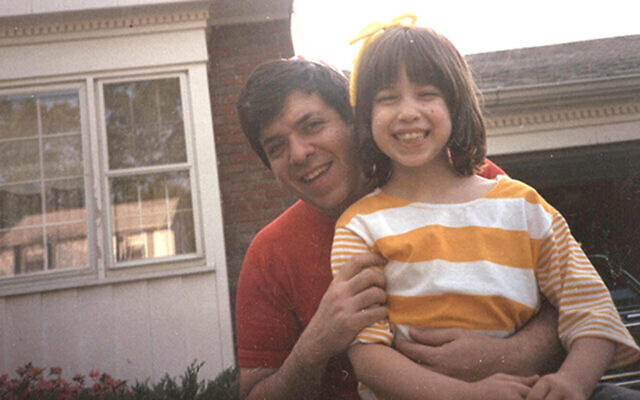 The trader-cum-writer Nassim Nicholas Taleb, my father’s former colleague and steadfast friend, defines a black swan event as a cataclysmic and unpredictable moment that rocks the financial markets to their core. Something so destructive and unanticipated that no amount of preparation could have prevented either the event itself from happening or the ensuing fallout.

The obvious black swan moment of my life to date was when my father suddenly and unexpectedly died. The day that my father’s heart stopped beating and mine instantly shattered, forever truncating my life into two jagged fragments, demarcated as Before and After.

And just like extreme market volatility, the moments following this unimaginable occurrence were nothing short of utter devastation and pure chaos.

During those early, shocking days of heady grief, it was hard to see a path forward and even harder to imagine a life reconciled to this horrific reality. But as my family and I mark another year without my father, and I finally understand that the unrelenting ache I feel will never abate but instead will become increasingly familiar, I choose to focus less on the sadness that colors my life than the upside of having survived something so awful.

Life is long gamma, Taleb writes in his book “Antifragile.” It is a phrase that he attributes to my father. In layman’s terms, both financial markets and human beings ultimately benefit from volatility over the course of their respective lives.

Before I was dealt this tragic blow, the idea that people could not only manage but ultimately become richer following a calamity was not a thought I could ever truly grasp. Aren’t steady streams of positive growth preferable to any advantage gained from a single major outlier event? I certainly always thought so, but I can positively state, two years following my own personal black swan, that no, that is not the case.

Simply put, there is nothing better about a world without Tony Glickman z”l in it, but without the black swan there can’t be the long gamma. The strength to exit ill-suited relationships, the courage to chase entrepreneurial dreams, the resilience to persist in the face of rejection, to maintain principled stances, no matter how unpopular: these outcomes weren’t entirely possible for me so long as my father was here with us. Surviving something so unfathomable has awakened a latent bravery that I never imagined I could have possessed. I am now able to face uncertain situations head on because I know that no matter the end result, some aspect of it will ultimately work to my favor.

Life is long gamma indeed, Abba. I am so much poorer without your physical presence, but I live my life with a newfound purpose. Not just to live as a committed, responsible person who is hopefully contributing to the greater good, but as an outspoken, fearless individual who is so proud to be a part of your living legacy.

I only wish that you were here to see it.

Dalia Glickman is a record label executive. She lives in Teaneck. Her father, Rabbi Ozer Glickman, was a rosh yeshiva at Rabbi Isaac Elchanan Theological Seminary and taught at Sy Syms School of Business, Isaac Breuer College, and Benjamin N. Cardozo School of Law, where he was a senior resident rabbinic scholar, an adjunct professor of law at the Center for the Study of Jewish Law and Contemporary Civilization, and was affiliated with its program in Jewish law and interdisciplinary studies. He also was an innovative businessman.