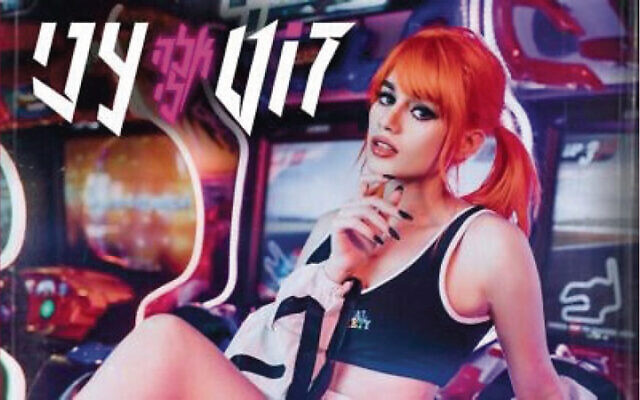 Seventeen-year-old singer Ella-Lee Lahav didn’t become Israel’s contender for Eurovision 2020, but her first single, “Zot Ani” (“This is Me”), a K-pop-style song in Hebrew, has garnered more than two million views on YouTube and is ranking high on the Apple UK playlist.

Produced by Johnny Goldstein, the song showcases Lahav and features the dyed orange hair, slick choreography, and pop sound of the musical genre that first originated in South Korea.

K-pop is considered an unusual musical choice for a debut single, particularly given that the singer is Israeli and the lyrics are in Hebrew.

“Zot Ani” came out on June 2, Lahav’s 17th birthday, and she wrote on Instagram that the recent year has been a whirlwind that she never quite anticipated, particularly after she lost “Kochav Nolad,” the Israeli reality show that chooses the country’s Eurovision contender.

“People knew me, loved me, appreciated me and what I was doing,” Lahav wrote. “It gave me strength, it gave me confidence, and most importantly, it let me be who I am today. If they’d asked me a year back if I thought I’d put out a song, I’d laugh at them.”

“Definitely some KPop vibes, but with a VERY Israeli sound. That’s really interesting,” Kinneret Katz said on WhatsApp after listening to the track.