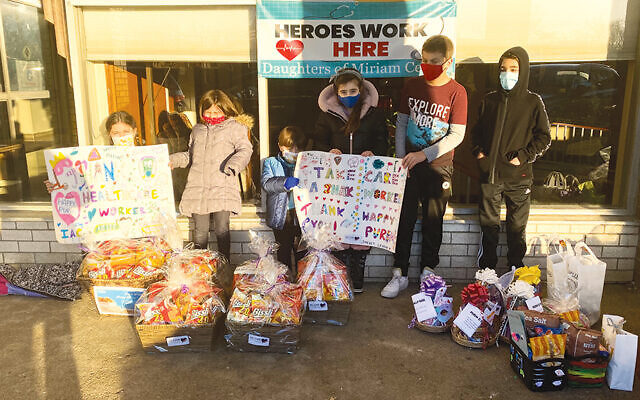 Children help the IAC bring mishloach manot to the Daughters of Israel in Clifton.

Sometimes, the most effective aid is offered by those in your own community. With that in mind — and mindful as well of the teachings of psychotherapist Alfred Adler, who said that giving of yourself promotes communal belonging and wellbeing — the Israeli American Council created IAC Care, a nationwide grassroots community of more than 1,400 volunteers who partner with Jewish and non-Jewish organizations to help people in need.

More than half a million Israeli Americans live in the United States today, according to the IAC. Organized to serve “this vibrant sector of the Jewish American community,” the council was created to “build an engaged and united Israeli American community that strengthens the Israeli and Jewish identity of our next generation, the American Jewish community, and the bond between the peoples of the United States and the State of Israel.”

IAC Care volunteer Naomi Yarimi, who was raised in Israel but came to the United States when she was 15, has lived in Fair Lawn for five years. Her husband, Avishai, got there when he was 27. “For me,” she said, because she has lived in the United States much longer, “joining a shul was normal.” But at first her husband did not see the same need. Today, he is an active member of Fair Lawn’s Congregation Shomrei Torah, serving on its Hevra Kadisha and participating in its Sephardic minyan.

“I feel connected to both worlds,” Ms. Yarimi said. “I want to serve both communities.” She also wants her children — she has three, a 5-year-old son and two daughters, 8 and 10 — to be connected to Israel. To help further this goal, the family has participated in many IAC activities, from holiday celebrations to marching in the Celebrate Israel parade.

Ms. Yarimi also is an active member of IAC Care. About a year ago, she participated in an IAC leadership program, learning how to use networking and other skills to help the community. She was drawn to IAC, she said, because she wanted to bring about “greater integration between Israelis and the American Jewish community.”

Working with IAC Care, she said, provides “an opportunity to create a sense of belonging and contributing to the local and greater community as an Israeli, Israeli-American, and Jewish American.” People in need, “should not feel lonely and stuck” when there are people around who can help them.

Last year, Ms. Yarimi heard from an acquaintance that there was a single mother of three in the community who needed help. Emerging from a problematic marriage, the woman, in her 30s, had children in elementary and middle school and was facing a financial crisis and possibly even homelessness. 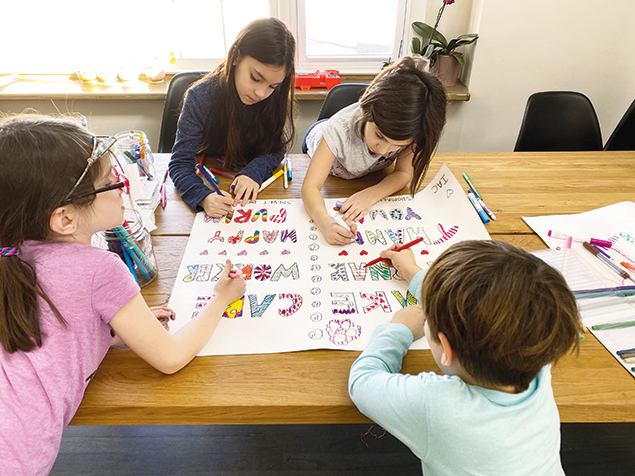 “I reached out and asked IAC how we could help this woman,” Ms. Yarimi said. “They gave me their contacts at federation and the names of pro bono lawyers. I created a list of valuable resources.” Then she activated a network of people she knew, “from a few local rabbis to Jewish social services and community groups,” and together they helped the woman pay her debt, get ongoing financial support, and even have Shabbat meals delivered.

“I’m lucky to live in a community with kind-hearted people,” Ms. Yarimi said. “People may help make connections even if they can’t help themselves.” Adler’s theory is borne out by her experience. “I feel very connected to my local community and very blessed to be part of it,” she said.

The Fair Lawn story is one of many, according to the IAC, which reports that it launched IAC Care during the pandemic as a proactive response to the growing need for social action and responsibility. With more than 5,500 volunteers in 15 communities nationwide, IAC Care has reached an estimated 45,000 recipients since March 2020. This outreach includes donating food to homeless shelters and delivering meals to Holocaust victims.

Ms. Yarimi said there is a “chat for people interested in volunteering. People post needs they hear of in the chat and other people volunteer to help.” On Purim, she sought fellow volunteers to send mishloach manot to residents at Daughters of Miriam, a senior living provider in Clifton. She secured enough help to prepare and deliver 150 packages, with Israeli Scouts making cards to accompany the Purim treats. “The rabbi there said the residents were so happy,” she said. “One volunteer had a connection with Osem,” and the food distributor contributed some items for the baskets.

The number of volunteers she gets for each project depends on the project itself, she said. Sometimes, she needs only one professional, like a local rabbi. Collecting coats or school supplies may involve dozens of people. The chesed committee at Shomrei Torah is also very active, she said, and the two groups often work together. For example, they may post on each other’s websites when they’re collecting supplies for places like the Paterson Women’s Shelter.

“Doing good things warms my heart,” Ms. Yarimi said. During covid, she noted, many people lacked a sense of belonging and purpose. Volunteering “provides an opportunity to be more active and involved.”

Her children often join her in her volunteer activities, for example, in delivering food to needy families. When they helped her with the coat drive, “I showed the kids that the homeless people on the street didn’t have coats,” so they would develop “a sense of perspective, appreciation, and gratitude, and not forget others.”

Israeli Americans, she said, may not always be synagogue members, “but that doesn’t mean they don’t care. There are many ways to contribute.” She is hoping that message will be heard, and appreciated, by Jews on both sides.