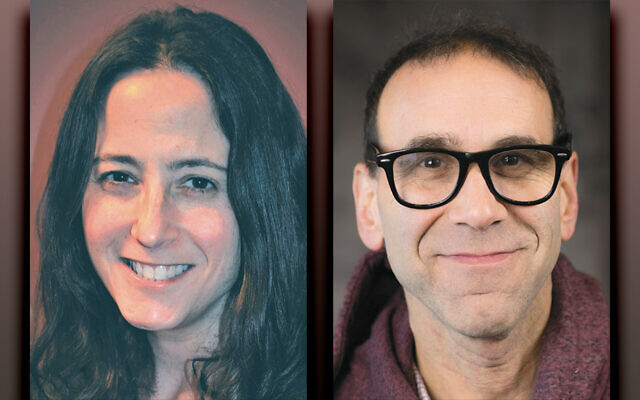 It’s always hard to insert yourself when you sense that something’s not quite right with someone else. If you’re worried about someone’s weight gain, say, or weight loss, or a skin growth, or a lack of energy, you probably don’t want to say anything. You hope that you’re imagining it, or that someone else will do something first.

But you’re sure that there really is a problem.

What do you do? Particularly if you are trained, you can provide first aid.

Now imagine that the problem isn’t physical. You’re sensing something off in someone’s behavior. Off-kilter. Not the way she used to be. He’s more edgy. Incoherent. Unresponsive. Evasive. Or just plain off, in a way that you can’t define but you know you’re not making up.

What do you do?

You can learn about mental health first aid; you can get the tools, understanding, and confidence you need to provide help until the professionals can get there. You can provide first aid to someone undergoing a mental health crisis, dealing with substance abuse or enduring a chronic mental health issue, just as you could if the need were for physical first aid.

Refa’enu, the Teaneck-based nonprofit organization that works to educate about and advocate for issues involving mental health, is offering two workshops about what it calls youth mental health first aid in a local shul. (See below.)

The workshops are part of a movement called Mental Health First Aid, an educational program that began in Australia in 2001, now flourishes in 28 countries around the world, and trains people to see symptoms of distress and respond to them. It’s not a Jewish program, although here it will be offered in a Jewish context; both the problems and the solutions it discusses are endemic to cultures around the world.

The workshops set for Teaneck are aimed specifically at adults — parents, teachers, rabbis, other clergy, coaches, youth directors, basically just about everyone — who work with young people (defined as being between 12 and 18), pay attention to them, and want to help. It’s not as much for guidance counselors, who already are trained and whose offices are open to any student who wants to use their services, as it is for regular teachers, who see more kids on a daily basis but knows less about how to provide them with emergency help. Not a diagnosis, not long-term treatment, but immediate help.

“Mental health first aid is just like first aid for mental health problems and conditions,” Rafa’enu’s founder, Dena Croog of Teaneck, said. “It’s being a first responder. You want to make sure, first, to preserve life, and make sure that the person isn’t a danger to themselves or to others. Next, you want to prevent the problem from becoming more serious. And then you want to promote recovery.

“And you also want to be a source of comfort and support. That’s very important.”

The workshop will help adults see risk factors and identify warning signs; it will help them see the clues that mean that there is an emergency brewing; and it will teach them a five-step action plan that can help them know how to intervene most usefully.

That action plan is called Algee, Ms. Croog said. Algee is the first letters of Assess (for risk of suicide or harm), Listen (non-judgmentally), Give (reassurance and information), Encourage (appropriate professional help), Encourage (self-help and other support strategies).

Stuart Katz, who was born in Panama, grew up in San Diego, and lived on Long Island before he made aliyah, is a travel agent who’s been to just about every exotic place imaginable. He’s also a passionate supporter of Mental Health First Aid.

“Between 2013 and 2019, over two million people have been trained” — in other words, they’ve taken workshops like the ones he will lead in Teaneck — “and there are more than 20,000 trainers like me,” who have taken more courses and have learned how to lead workshops, he said.

“The goal is to be able to recognize the signs and symptoms that someone may be struggling with,” he said. It’s helpful to be able to distinguish “what may be be typical adolescent behavior or what might show that an adolescent potentially is in crisis.”

Although suicide — either attempted or committed — is not the most common outcome, “we spend a good deal of time in the workshops talking about it,” Mr. Katz said. It is vitally important for first responders to be able to use the word when they suspect it might be someone’s goal, and it is very hard for many people to make themselves say it. But asking someone if she is suicidal often can defuse it until there is more professional help available, so it is useful to learn how to say it.

People’s difficulty in saying the word suicide, because of the stigma around it, is an example of the stigma with which anyone helping people with mental health problems must contend. “Mental illness affects about 25 percent of the population,” Mr. Katz said. And that’s the population of the world. “It doesn’t matter where you come from,” he said. “And most of it is manifested by the time you are 24, but that’s not always the case.

“Does it manifest itself differently in different cultures? Sometimes it does.” Sometimes those differences are because of differences in the surrounding culture. For example, “Certain kinds of PTSD are more common in Israel, but there is almost no opioid problem there.

“And remember that mental illness knows no color, no religion, no cultural or socioeconomic status. It is the same everywhere.”

Given that truth, it really doesn’t make much sense to maintain a stigma around something that affects about a quarter of the world’s population, Mr. Katz suggested. “Through the alleviation of stigma, we will keep more people alive. In all of the 28 countries we’re in, the evidence shows that we can deal with mental health stigma better by being willing to talk about it.”

“We use person-first language,” he said. “We don’t say someone is cancer. We say someone has cancer.” Similarly, “we shouldn’t say someone is depressed,” although commonly we do say it, and that’s the problem. We should say that the person is “living with depression. The person is living with schizophrenia, not that the person is schizophrenic.” No matter what your disease or condition, you are not that disease or condition. That just is part of your reality. You are far more than it.

“And if you see that someone is living with depression, you don’t say ‘suck it up.’” Or at any rate we shouldn’t, although “that is what we tend to do. I am guilty of that too. It’s just the way we were brought up. The way society still is.” It is something we must overcome, he said.

The workshops will be interactive, Mr. Katz said. What does that mean? “You won’t get all the steps you need for the day, but you will have to get up and move. I will try not to let you go to sleep.”

What kind of exercises will the workshop offer? “You might do an exercise about asking your neighbor on one side, and on the other side, if you have ever thought about suicide,” Mr. Katz said. “That’s not as much about the answer as about the question.” It’s a hard thing to ask. Hard words to force out of your mouth.

Mr. Katz is not a mental health professional, he stresses. “I am a business person. I have nothing to do with mental health,” he said. Of course that’s not entirely true; what he means is that what he does, he does as a first responder. A lay person. “I don’t pretend to be a professional,” he said. “If you want a diagnosis, contact your psychiatrist or your psychologist, or your rabbi.

“But I do have a passion for alleviating stigma. That is my big thing.”

He tells two stories. In the first, he was in Hawaii, right after he’d taken the teaching course. “I was walking on the beach, and I passed a guy who was screaming like crazy. Before the course, I would have said that he’s just a wacko. But I saw that we needed to get him to the hospital.

“Another time, I was getting a haircut and I just felt that something was wrong with the barber, so I asked a co-worker to get her a cup of water.” That bought him some time and he talked to her, “and I recognized symptoms of depression.

“Remember, I’m not a professional. I don’t treat or diagnose,” but he recognized that she was not doing well. “And I said ‘Maybe it’s best that you stop.’ Of course she did have scissors at my scalp,” he added, but it wasn’t at all a joke. “I asked her if we should call an ambulance. She hesitated — but she’d didn’t say no. So I called it.

“The things that you learn in the workshop are common sense,” he said. “They’re not rocket science. We are not here to change the world, but we are here to recognize some basic signals. We are not there to treat — but we are there to provide first aid.”

“If something like this existed when I was that age, it would have made a difference to me,” she said. “My life might have been different. It can really help.

“It might be a cliché, but if you can help just one person, you have helped change the world.”

What: Present two workshops for adults, about helping young people

Registration deadlines: By December 27 for the January 5 workshop; by January 31 for the February 9 workshop.

How much: $50; includes both course and materials, including manuals to take home

For more information and reservations:  mhfa.refaenu@gmail.com.