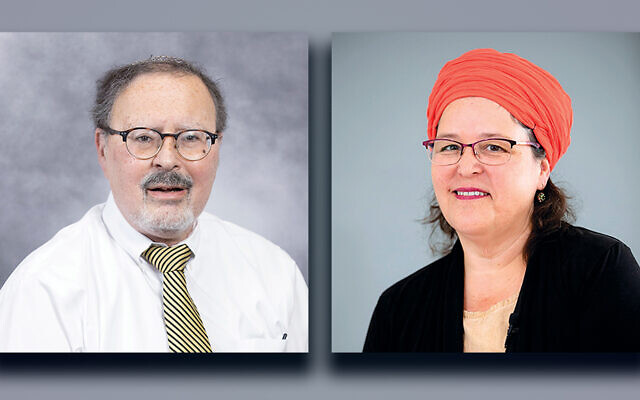 Generally speaking, if you want to become an expert in classical halacha, or Jewish law, you’ll find yourself turning to three genres of works.

There is the Talmud and its ensuing commentaries.

And then there are the rabbinic responsa, in which rabbis answer specific halachic questions. Maimonides wrote quite a few, but this genre is particularly useful for following how halacha deals with new conditions long before the codifiers catch up. Electricity on Shabbat? Genetic testing? Responsa offer answers.

What’s interesting about “Shev Shemateta,” the book written by the 18th and 19th century Ukrainian rabbi Aryeh Leib HaCohen Heller (1745-1812), is that it’s none of those genres. It’s not about specific Talmudic passages, or specific passages in the codes, but instead it ties the whole thing into bundles of abstract principles. It’s a treatise about the various ways that Jewish law approaches questions of uncertainty. In a sense, it is a work that is more modern than medieval, half a century after Blackstone’s famed Commentaries on the Laws of England.

Shev Shemateta has a place in the yeshiva curriculum, but at the most advanced levels. It assumes a fluency with a wide range of talmudic passages, and it’s not directly the subject of ordination exams.

And thus was born a seven-part series of Sunday lectures — one for each of Shev Shemateta’s seven chapters — that began with a class by Rabbi Adler earlier this month and will conclude in June.

The series promises to give “a broad introduction to analytic yeshiva learning and to halachic theory as seen through the prism of a work which is a perennial classic of the Torah world,” according to the synagogue’s website.

Notably, four of the seven presenters are women, graduates of advanced talmudic programs for women; two have taken the title of Rabbanit after being certified in halachic knowledge equivalent to that of men ordained by Orthodox programs.

“I’m delighted,” Rabbi Adler said of the gender ratio. “It’s very unusual you would find any women qualified for this.”

Rabbi Adler’s talk — which was recorded and can be found on the synagogue’s website — dealt with a common principle in rabbinic jurisprudence that Maimonides upends. The principle is that for questions of law based in the Torah, a decisor should stringently, but for matters dealing with laws laid down by the Talmudic rabbis, he should rule leniently. Maimonides, however, “believes that according to Torah law, every element of doubt is to be resolved leniently. Rather, it was the rabbis who decided that one should nonetheless be strict for matters of Torah law.”

Maimonides’ belief was not widely shared by later rabbis. In his class, Rabbi Adler looked at the objections brought against Maimonides, and how Rabbi Heller pushed back against those objections in defense of Maimonides.

On Sunday morning, May 30, Rabbanit Devorah Evron will offer the fourth class. Rabbanit Evron is director of Ohr Torah Stone’s Susi Bradfield Women’s Institute of Halakhic Leadership at Midreshet Lindenbaum — which trains women in halacha at a level parallel to that of Orthodox rabbinic programs — and a spiritual leader at Bar Ilan University. She’s dealing with Rabbi Heller’s discussion of the halachic principle that “kol sheporish mruba porish” — that if you have an object of unknown provenance, you go after the majority. The classical example if finding an unlabeled piece of meat. Is it kosher? Well, if most meat being sold in that place is kosher, you can assume it’s kosher. If not, not.

Rabbanit Evron will discuss an issue dealt with by an Israeli religious court a few years back, concerning “a woman who knew who her mother was and not who her father was.” Could she get married? After all, without knowing who her father was, how could she know that she was not her groom’s sister?

In the end, the court followed the principle of looking at the majority — most men are not the groom’s father — and allowed the woman to marry.

“When dealing with halacha, you have to give a bottom line. You can’t just leave it hanging,” Rabbanit Evron said. “The Gemara and the halacha and the commentaries give us a number of rules, different ways to look at the different uncertainties. What rule applies to what uncertainty? What kind of a uncertainty is it? Looking at that question is the uniqueness of the Shev Shemateta. It’s a lot of fun.”

What: Zoom lectures on Shev Shemateta

For more information and to link to the Zoom, go to Rinat.org