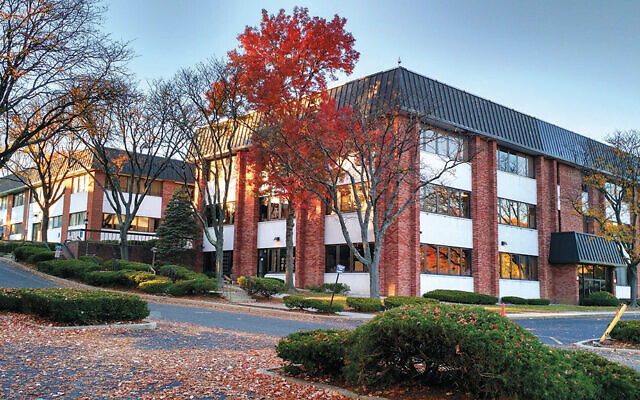 The campus of the Rosenbaum Yeshiva of North Jersey in River Edge, where Rabbi Shlomo Hyman taught for 31 years.

A local Jewish day school is facing a $10 million lawsuit after it dismissed a veteran teacher and issued a public statement that was understood to insinuate that he was guilty of sexual misconduct.

Rabbi Shlomo Hyman of Englewood taught second-grade boys and fifth-grade girls at the Rosenbaum Yeshiva of North Jersey in River Edge. He taught there for 31 years, starting in 1988. He also led the youth program at Congregation Ahavath Torah in Englewood for nearly as long.

In a case filed in Bergen County Superior Court in Hackensack, attorneys for Rabbi Hyman argue that he really was fired as part of RYNJ’s effort to get rid of its most senior staff to reduce costs. The suit alleges  the firing violates New Jersey’s age discrimination statutes. Rabbi Hyman is 56.

The yeshiva placed Rabbi Hyman on administrative leave in February of this year. In May, it announced his termination in a letter it sent to the parents of the school’s more than 1,000 students. The letter said that the school had “received information that warranted placing Rabbi Hyman on leave. At the same time, the Yeshiva also retained Arnold & Porter, a highly regarded national law firm, to conduct an independent investigation. As a result of that process, it was determined that Rabbi Hyman’s conduct had been neither acceptable nor consistent with how a rebbe in our Yeshiva should interact with students. In consultation with counsel and halachic advisors, the leadership of the Yeshiva has terminated his employment and has determined that no further action is necessary at this time.”

“The day or two before the email went out, there was an agreement in place that that would simply mention that he was discharged of his duties and wish him well,” Mr. Rivkin said. “Instead, they sent out an email that he’s a pedophile and now he’s on Frum Follies,” a blog devoted to sexual abuse in the Orthodox community.

For its part, a spokesperson for RYNJ issued the following statement:

“Rabbi Hyman’s claims are groundless, and the Yeshiva’s leadership remains confident that its actions were proper and necessary. It’s unfortunate that Rabbi Hyman has chosen to sue the Yeshiva in Bergen County Superior Court. We will respond more fully at the appropriate time in the appropriate forum.”

The spokesperson declined to answer specific questions about what Rabbi Hyman is accused of having done, or to supply any detail at all.

According to the lawsuit, the investigation was sparked by “decades old, unsubstantiated allegations of inappropriate interactions between Shlomo and former students.”

Neither Rabbi Hyman nor his attorneys have seen the Arnold & Porter report, but the lawsuit describes it “upon information and belief” as “based on undisclosed accusations, some more than twenty (20) years old, from anonymously-presented accusers.” While “the details of the accusations were never made available to Shlomo or his counsel,” the suit argues that “the extent of the allegations involved nothing more than touching students’ shoulders, students’ backs, and placing stickers on students’ lapels — and all having occurred many years ago.”

The letter from RYNJ didn’t provide enough information to judge Rabbi Hyman’s conduct, as well as any danger he might present to the community, according to an email that Ahavath Torah sent to its congregants in May, the week after the RYNJ note went out. But in that email, the congregation’s leaders announced that Rabbi Hyman was taking a leave of absence. “We have received very incomplete information from RYNJ,” the note said.

According to the lawsuit, Rabbi Hyman failed to find other work because of “the malevolent lies” from RYNJ.

“Shlomo and his family are now without a primary breadwinner, have lost their health insurance, are unable to cover monthly expenses, and may need to sell their home of eighteen years,” the suit said. Rabbi Hyman’s wife, Freidi, and their five children are partners to the lawsuit, which includes a claim for emotional distress inflicted on the entire family, whose members “have been ostracized from the school community, the foundation of their social life.”

Nearly half of the legal complaint consists of letters in defense of Rabbi Hyman, including from his long-time colleagues and supervisors.

Rabbi Shmuel Goldstein, the former head of school who led RYNJ for most of Rabbi Hyman’s tenure, wrote after the termination that “If any of my grandchildren would have Rabbi Hyman as a teacher, youth director, or camp counselor I would be thrilled and honored.

“For Rabbi Hyman each child was unique, to be encouraged and cared for,” Rabbi Goldstein wrote. “He is undoubtedly a key figure in the positive childhood memories of hundreds of students.”

Rabbi Hyman’s attorney, Mr. Rivkin, further criticized the school for its statement in response to the lawsuit.

“Now the school is again slandering him, accusing him of doing something improper.”

“I have never seen a more egregious conduct,” Mr. Rivkin said. “My goal is to get this case to a jury. I want a jury to pass judgement on what RYNJ did.”