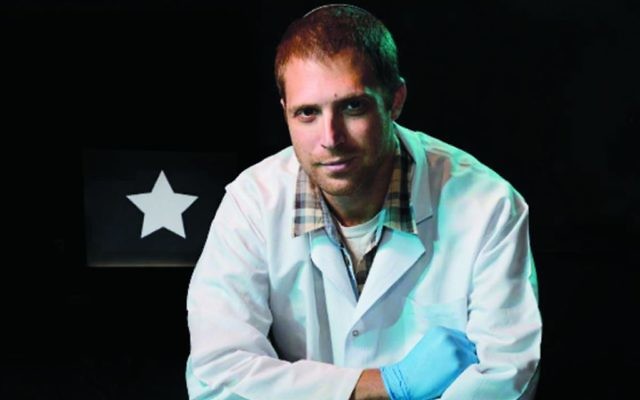 Dr. Eitan Okun has more than a professional interest in protecting people from Alzheimer’s disease.

Dr. Okun is confident that eventually there will be a vaccine to protected people from Alzheimer’s, and he has developed one such vaccine that works in mice.

But it will be too late for his father, who is 69 and already suffers from dementia.

“My father was a gerontologist, a physician who treated the elderly,” Dr. Okun said. “He saw such people all his life. All of these cases went through his hands, and at some point he himself succumbed to this disease. It was very difficult for me. It still is.”

His father’s illness gave Dr. Okun a ringside seat to the painful process of an Alzheimer’s diagnosis. “I saw the inability of clinicians to diagnose properly, and then the stage of understanding that without a cure, there’s nothing you can do,” he said. “It’s very difficult to see in your own father.”

His laboratory research “are not just projects for me. I understand there are people and their families behind these diseases.”

The vaccine is not his only path toward conquering Alzheimer’s. “I’m constantly thinking of how to attack the disease from various angles,” he said.

Dr. Okun is 36. He and his wife and five children live in Kibbutz Alumim, in the Negev near the Gaza Strip.

Most of Dr. Okun’s academic career has been spent at Bar-Ilan. He studied there as an undergraduate, and earned his masters and doctorate in immunology there. Only a post-doctoral fellowship from the American National Institute of Health took him away from Bar Ilan — he spent four years in Baltimore for that fellowship.

He was bitten by the research bug as an undergraduate majoring in biology, when a course took him to a laboratory to conduct experiments. “Research is contagious for some people,” he said. “It infected me, this entire concept of conducting experiments and observing results.”

His masters research looked at how stress affects immunity to disease. “We know that people in chronic stress start to get more sick,” he said. But how does that happen? “We worked with fish. We induced stress in fish and saw how their immune system gets compromised.”

His post-doc taught him about cognitive neuroscience.

In his lab, he combines the two fields into psychoneuroimmunology. It’s a mouthful that accurately describes the work he is doing with his vaccine for Alzheimer’s disease.

Vaccines work by priming the body’s immune system to be ready to attack an infection before it arrives. They are effective against viruses, and have eliminated smallpox and polio. Alzheimer’s isn’t caused by a virus — what actually causes it in most cases remains unknown. Instead, the vaccine that Dr. Okun has developed, and that has proved effective so far in initial mouse studies, targets the amyloid beta proteins that accumulate in the brain of people with Alzheimer’s.

“We’re trying to help the body to attack this protein,” he said.

One question Dr. Okun had to deal with was the type of mouse he should use to test his vaccine. What seems like a silly question is really a stand-in for another one: What type of person can the vaccine be tested on?

According to the Alzheimer’s Association, one in nine Americans over 65 has Alzheimer’s. For those 85 or older, the number is one in three. There are two subgroups, however, made up of people who have far higher odds of getting the disease. There are people who inherit the disease — they get it in their 50s. And then there is the group that gets Alzheimer with the highest frequency and at the youngest age: people with Down syndrome, who generally get Alzheimer’s in their 30s or 40s.

As it happens, there are various mice that have been engineered to mimic Down syndrome, with extra copies of the genes that correspond to those on the extra 21st chromosome that causes the syndrome in humans. Dr. Okun’s vaccine stops such mice from developing Alzheimer’s disease.

“Researchers throughout the world are doing their best to promote therapeutics for Alzheimer’s.”

So how long until the vaccine is ready for people to use?

“Jumping into human studies is a matter of something like five years,” he said. Such studies, which would determine whether the vaccine actually works in humans, and whether it causes side effects, would take more time.

When he decides that they’ve learned all they can from the experiments on mice, his lab will apply to the Israeli government for a grant to help get it to the point where it will be interesting for the deep-pocketed pharmaceutical companies that are equipped to carry out human trials. His is not the only lab working on such a vaccine, so he can’t know whether it will be his vaccine that turns out to be the one. But he is “a hundred percent convinced that a vaccination approach is the way to go with neurodegenerative diseases.”

Earlier efforts to vaccinate against Alzheimer’s failed, Dr. Okun said, because they didn’t properly consider what he called the “two-edged sword” of the immune response, which can both protect the body and also damage it. “Previous attempts caused some sort of mortality,” he said, but “eventually we will get there. Researchers throughout the world are doing their best to promote therapeutics for Alzheimer’s.”

Another of Dr. Okun’s projects would make it possible to diagnose Alzheimer’s earlier in the disease’s progression and to do so more accurately. The idea is to make the earliest beginnings of the amyloid proteins show up in an MRI. He hopes to construct a protein that could enter the bloodstream, make it through the blood-brain barrier, bind to the amyloids, and then be visible in an MRI scan.

Dr. Okun does not plan to limit his work to Alzheimer’s. He received a grant from the Michael J. Fox Foundation to research a similar “imaging biomarker” to look for Parkinson’s disease in an MRI.

Psychoneuroimmunology may indeed be a mouthful. But Dr. Okun is sure that it will provide breakthroughs that specialties with shorter names have failed to deliver.

What you can do to prevent Alzheimer’s?

Dr. Eitan Okun doesn’t want you sitting around waiting for the success of his research into detecting, preventing, and perhaps even curing Alzheimer’s disease.

“There are interventions that are proven in the lab to delay the onset of various pathologies including Alzheimer’s,” he said.

Among them: Being more physically active and engaging in physical exercise.

“Physicians tell people with diabetes to have a more active lifestyle,” he said. “That can ameliorate the disease. People can do a lot more for themselves — but they often don’t do it.”

What’s true for diabetes is true for Alzheimer’s and other brain diseases as well.

The brain, however, demands an additional set of exercises.

“There is this concept of environmental enrichment. People should be constantly engaged in mental activities, seeing new things, doing the opposite of staying between the walls of your house. If you constantly expose yourself to stimuli — they can be visual or audio — it makes the brain more functional. The brain is like a muscle. You train it and it gets better.

He said the combination of mental and physical exercise has an impact on the progression of Alzheimer’s and other diseases.

“You have the ability to affect your future health,” Dr. Okun said.

Banji Ganchrow
The holy bird
The Kotel. The Wailing Wall. The holiest place in the world. The place where religious and non-religious alike come to talk to God, or their higher power, or whatever they believe in. All religions, all genders, all nationalities — they are all there. And... Continue Reading
Page 3

February 27 , 12:30 am
Submit an Event
Get Jewish Standard in Print