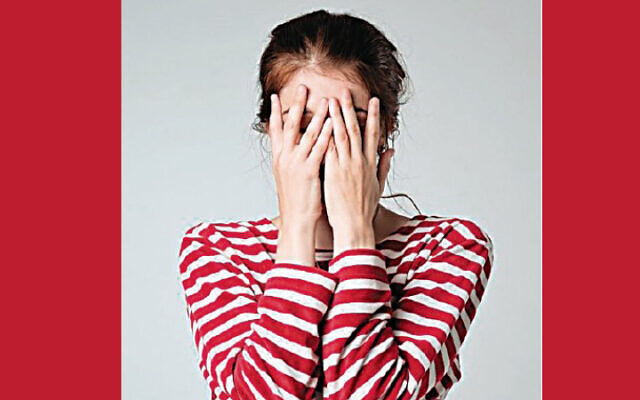 Throughut this whole corona crisis, we’ve been repeatedly told to avoid touching our faces so as not to transmit or catch the virus. But if you too have been unable to stop putting your hand to your face, it might be because you’re busy getting a sense of yourself. And you’re not alone.

A study carried out by Weizmann Institute scientists that was recently published in the Royal Society journal Philosophical Transactions B suggested that humans touch their faces in order to self-smell, and that this self-smelling is a mechanism through which we manage to get a sense of self.

Given that face-touching could be responsible for transferring nearly 25 percent of respiratory illnesses, the researchers set out to resolve why we still do so.

Through an online questionnaire, they received 404 responses from 137 men and 260 women aged 19 to 74 across 19 countries, who provided a report on their sniffing habits. A whopping 94.31 percent of respondents reported sniffing their own hands. Meanwhile, an honest 91.58 percent said they did the same with their armpits.

Combining the questionnaire results with other experiments and studies, the researchers came to believe that while humans also sniff their hands to obtain information on other people they touched, we primarily do so to provide information on intrinsic sources.

Some of the sniffing, they say, is conscious, and has to do with making sure we “don’t smell bad” or even to detect signs of disease. But on a subconscious level, they note, humans sniff themselves to form a sense of self.

“We think that in sniffing our own body, we are subconsciously obtaining an external reflection and reassurance of self,” they wrote. “Given that mirrors have not been around since the dawn of humanity, a sense of self can likely be formed without one at hand. We propose that the path by which humans could have always observed themselves to get a notion of self is by olfaction.”

In an apparent nod to our corona-stricken times, the study’s authors invited readers to take part in a personal, at-home experiment: next time you participate in an online meeting or seminar, they suggest, take your eyes off the speaker and check out the audience instead.

Count how many people are touching their faces, specifically their noses, and you’ll see that a large amount of people are doing exactly that. Moreover, they add, you’ll be able to spot people sniffing. And no wonder, may we add — never-ending Zoom meetings most certainly have us reaching to check that we’re still all there.