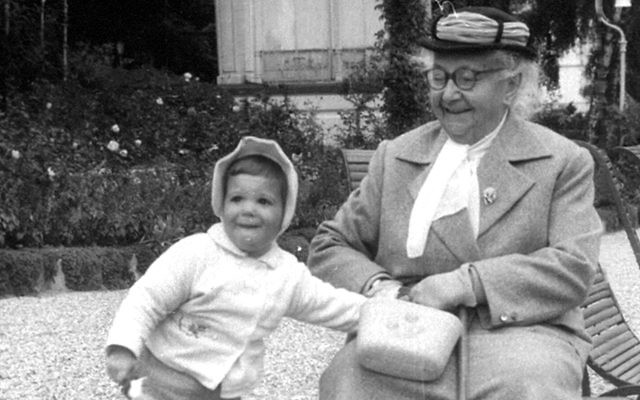 A young Heidi Newmark with her grandmother in Switzerland.

First, a warning about what this story — about a Lutheran pastor who discovered that her apparently solidly German Lutheran father actually was a German Jew whose parents died in the Holocaust — is not.

It is not a conversion story.

It does not end with the Reverend Heidi Neumark throwing over her deeply held Protestant theology to become Jewish.

It is a far more complicated, far more real, far less sentimental story than that imaginary one would have been.

So, with that out of the way, here is the Rev. Neumark’s story. It is a story that she has told in a new book, “Hidden Inheritance: Family Secrets, Memory, and Faith,” and will tell in person at the Kaplen JCC on the Palisades this week.

Growing up in Summit, a deeply loved only child, Ms. Neumark knew that her father, who was 20 years older than her mother, was born in Germany. But that’s all she knew of his family history. True, as a young child Heidi had gone to Switzerland a few times to meet her grandmother; and her aunt, her father’s sister, lived in Queens. Heidi knew her. But her grandmother had been very old, she died when Heidi was 12, and the two had no language in common; and Aunt Lore never said a word about the past.

Late one night, years after her father died, Rev. Neumark was reading in bed when she got a text. It was from her daughter, Ana, who was downstairs, gobsmacked by something she had found while googling family names.

“Mom, do you know that you are from a prominent Jewish family, and your grandfather died in a concentration camp?” Ana asked her mother. 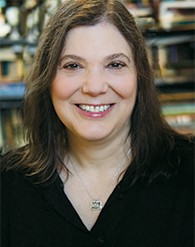 Rev. Neumark’s father, Hans, came from a large, close-knit family of active Jews, who had been leaders of their synagogue, in a German town called Wittmund, for generations. They were industrialists, wealthy people whose businesses supported many workers.

His parents, Moritz and Ida, left Wittmund soon after they married, and to some extent shed their Jewishness, which apparently seemed a hindrance. They were baptized, but it seems to have been a legal fiction, and they did not pretend not to have Jewish ancestry.

Their three children knew that they had been born to Jewish parents, but seemed to have identified as Protestant. Their parents managed to get all of them out of Germany. Hans, Rev. Neumark’s father, was a chemical engineer; he came to the United States in 1938 with the connections that got him a good job and a solid life here.

His parents, on the other hand, went through a long period of degradation, and finally were deported to Theresienstadt — a deportation that they were told was to some sort of retirement village, and for which they had to pay— where Moritz soon died.

Ida, on the other hand, survived two years in Theresienstadt, a statistical unlikelihood for anyone, but even more astonishing for someone who was 70 when she arrived in that monstrous place.

The story, Rev. Neumark said, is that prisoners in Theresienstadt were offered the chance to take a train to Switzerland and freedom. The prisoners knew better, of course — by then they knew that trains went only in the direction of hell. Almost no one took them up on the offer, but after two years in Theresienstadt, Ida Neumark was ready to die. She volunteered to take the place of a woman who wanted to go with her young son but was not allowed to bring him with her.

Astonishingly, the train did go to Switzerland, the one-time result of a deal Himmler made with an Orthodox rabbinical organization that was trying desperately to get people out. (Himmler, of course, was trying to enrich himself.) Ida Neumark lived another quarter of a century.

Rev. Neumark found all this information out through trips to Germany, Czechoslovakia, and Poland, from consultations with scholars and historians, and from visits to both virtual and physical archives.

As she tried to come to grips with her family’s story, her identity as the daughter of a Jew, and the overwhelming question of how her father could have kept such a terrible secret, and what the cost to him of such repression must have been, she also grappled with the intersection of Christianity and Judaism, of Martin Luther’s toxic anti-Semitism, of her deep belief in Jesus and her unmistakable respect for Judaism.

As deeply moving as her family history is — like most Holocaust memoirs, some of her descriptions are almost too painful to read, and certainly too horrific to try to imagine — her questions about her own faith, and her honesty as she tackles them, are gripping.

She writes a great deal about baptism; about what it meant to Jews, how the medieval blood libel stained red the clear water in the font, about how the act that she has performed so many times for so many congregants has taken on a double meaning. Water is for cleansing, and also for drowning.

The Rev. Neumark remains a devout Lutheran, albeit one who cherishes her Jewish ancestry and at times longs for the embrace of the Jewish community she sees all around her on Manhattan’s Upper West Side, where she lives. But her story has an interesting coda.

She and her husband, Gregorio, have two children, Ana, who made the initial discoveries about her family’s history, and Hans, who accompanied her on many of her European trips. 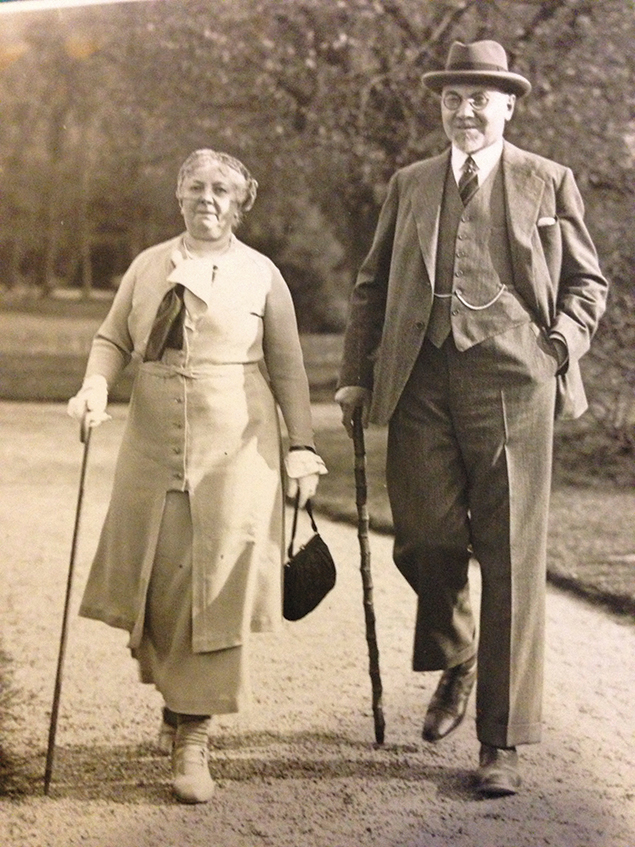 Rev. Neumark’s grandparents. The picture was taken before the war.

“Ana got married a year ago,” Rev. Neumark said. “She was dating the woman she married in high school, long before this.

“Her wife is Jewish. Initially, when they got married, and even before, they were saying that they wanted to have children and they would raise them as both Jewish and Lutheran. I think that’s impossible — I think you end up having nothing — but I couldn’t say that.

“But although Ana made the discovery, she hadn’t read my book until it was published.” Then she read it. “They decided that they would raise their children as Jews,” Heidi Neumark said.

“Before this, I would have been supportive but a little sad, wishing that my grandchildren were Christian, but now I am happy. I feel like there was a break, and now there is a coming together. It is a beautiful thing to me.”