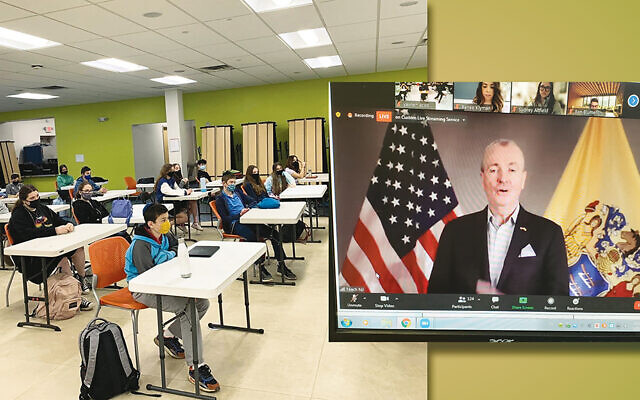 Students at Yeshivat He’Atid join the Zoom visit to Trenton, where they heard from state representatives including Governor Phil Murphy, right.

There is a certain thrill in being physically present in a seat of governmental power. That thrill doesn’t erode fully no matter how often you have lobbied in the halls of Congress — or even have apppeared in municipal court.

That feeling inevitably was missing at the first lobbying mission of Teach NJ, the Orthodox Union-led organization that aims to increase state funding for yeshivas and other non-public schools; in keeping with pandemic protocol, it was only a “virtual mission to Trenton.”

But the 523 students from 17 schools — along with 75 adults accompanying them, virtually, of course — got a lesson in civics as they listened to their government officials on Zoom. And a select few of them got to stand up in their classrooms and — gathering all their public speaking skills — look an on-screen public official in the eye and make the case for increased aid for their schools.

Among the 17 participating middle and high schools that took out a couple hours from their regularly scheduled programming last Tuesday were Ben Porat Yosef and the Frisch School, both in Paramus; Heichal HaTorah of Teaneck; the Jewish Educational Center in Elizabeth; Ma’ayanot Yeshiva High School for Girls of Teaneck; the Moriah School of Englewood; the Rosenbaum Yeshiva of North Jersey in River Edge; Tenafly Chabad Academy; the Torah Academy of Bergen County and Yeshivat He’Atid, both in Teaneck. 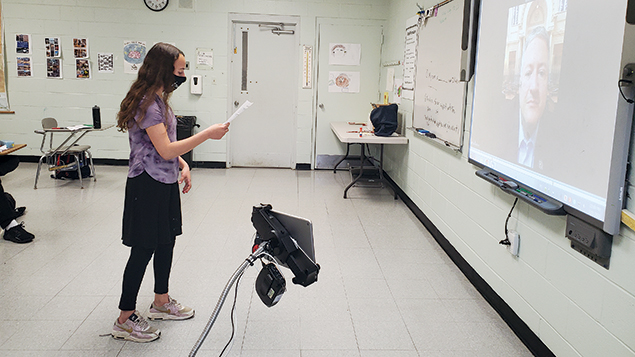 A Yavneh student asks a legislator to increase funding for non-public schools.

“Today’s advocacy is not just a civics lesson,” he said, addressing the students. “It’s a lesson on how to make your voices heard. Today, as you engage in the legislative process and advocate for the needs of your schools, you’ll see how democracy works. Your voice matters on every one of these issues.”

Mr. Murphy said he supported Teach NJ’s goals. “I share your passion,” he said. “Non-public schools are a critical part of New Jersey’s educational system. We’re proud to be the home of 150,000 non-public school students.

“Next year I hope to welcome you to our beautiful statehouse in person,” he concluded.

“When it comes to getting things done for your constituents, it’s all about relations,” State Senator Joseph Lagana said. Mr. Lagana represents New Jersey’s 38th district. Ten years ago, he first ran for public office as a Paramus councilman. 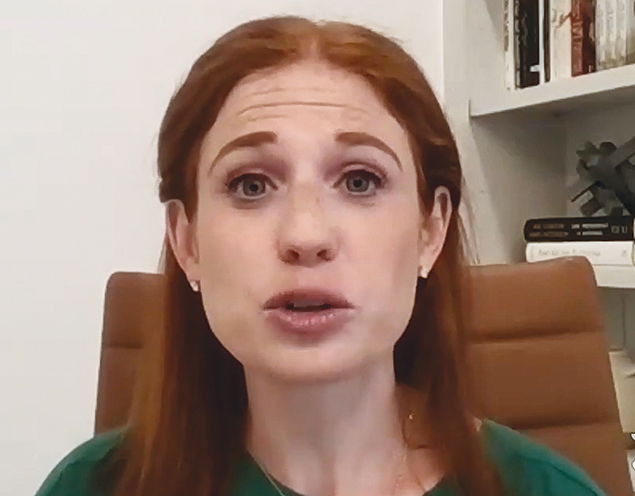 “When it came to school funding for non-public schools and we talked about school security, I was able to tour many of the non-public schools in my district and really get a good look at how certain security measures are implemented in schools,” he continued. “Along with Assemblyman Gary Schaer” — D-36 — “we were able to fight year after year so that non-public schools received the same amount of funding for security as public schools. Unfortunately, we live in times where that is a concern.”

Teach NJ prepared a guide for participants that explained the legislative process, the organization’s specific funding requests, and its track record. Since 2015, state support for non-public education has increased from $28.5 million to $60.2 million in the 2019-2020 budget year. The bulk of that increase came in the form of security funding, which wasn’t an item in the 2014-2015 fiscal year and totaled $25.9 million in 2019-2020.

The group asked for $10 more in per-pupil allocation for technology funding, which would come to $1.5 million. No specific dollar figures were offered for nursing funding; rather, it asked “for an increase to nursing funding to ensure our schools’ ability to have a nurse at school each day.” 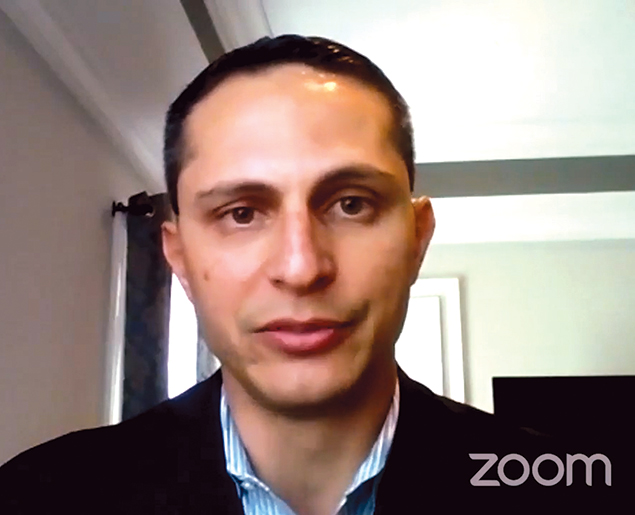 Teach NJ also asked for a continuation of the STEM program that funds non-public schools to hire public school STEM educators. (STEM stands for Science, Technology, Engineering, and Math.) The program, now in its second year, has brought 22 STEM teachers into 18 schools, among them Heichal Hatorah and the Joseph Kushner Hebrew Academy in Livingston.

The students got to make their case to the elected officials in individual breakout rooms in the Zoom session. “We basically paired them with an elected official,” Ms. Katz said. “We had them make the legislative asks.”

About 30 elected officials took part — roughly a quarter of the state legislature.

Did all this have an impact? Will the students’ requests be granted? The Trenton budget season is under way and a new budget is due on June 30, so we’ll find out soon.