Abraham, Isaac, and Jacob are the forefathers of the Jewish people. But the foundation of the tribes that became the Jewish nation is built on the 12 sons of Jacob –Yaakov, in Hebrew.

Who were these men?

Our biblical sources reveal much about Yosef and Yehuda; less about Reuven, Shimon, and Levi; and precious little about Yissakhar, Zevulun, Dan, Naftali, Gad, Asher, and Binyamin.

In “Tribal Blueprints: Twelve Brothers and the Destiny of Israel,” recently released by Koren Publishers’ Maggid Books imprint, Nechama Price of Bergenfield pieces together a cohesive portrait of each brother, and the tribe descended from him, through the narratives of Genesis and of later books of the Bible. 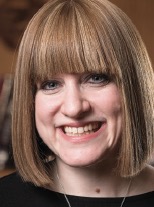 Ms. Price, who earned master’s degrees in Jewish education and in Bible from Yeshiva University, is a senior lecturer at Yeshiva University’s Stern College for Women and directs the university’s Graduate Program in Advanced Talmud Studies for women. She is a certified yoetzet halacha — an adviser about Jewish laws dealing with to married women in their reproductive years — and lectures across the country.

In “Tribal Blueprints,” her first book, Ms. Price includes chapters examining how Yaakov’s relationships with his primary wives, Leah and Rachel, and his secondary wives, Bilha and Zilpa, likely influenced each son’s individual traits and the destiny of his tribe — “shevet” in Hebrew.

“I have always loved learning Torah and trying to explore different pathways to understanding stories and characters found in the Torah,” Ms. Price said. “The stories of the sons of Yaakov are so colorful and complicated at the same time.”

Whereas the first two forefathers each had one son chosen to carry on the Abrahamic tradition, all of Yaakov’s sons are chosen, “despite the diversity of their personalities and actions,” she said.

“So why are they all chosen? Over 20 years ago, I discovered that the specific character traits of each ‘shevet’ repeat themselves over and over in the lives of their descendants.”

This pattern, she said, has illuminated her studies throughout other biblical books and adds a special layer of understanding to each person in the Torah.

“Their tribe is fundamental to their story. This realization — and how reliably it repeats itself — did surprise me,” she said. “In fact, many of the assertions within our rabbinic tradition seem to assume this perspective as well. Many times, our rabbis offer details to a story based solely on the ‘tribal characteristics.’”

For example, rabbinic tradition ascribes the fearless nature of the “Yehuda personality” to Hur, a prominent member of that tribe, to explain his sudden disappearance from the text of the Torah after the sin of the golden calf. The sages suggest that he died fighting against the instigators of this forbidden form of idol worship.

The same pattern can be discerned among sons about whom the text reveals little.

“The four maidservants’ children don’t have distinct stories and personalities,” Ms. Price writes in the chapter on Dan, the oldest son of Rachel’s maid, Bilha. “Yet even a casual perusal makes it clear that Dan is different. What is it about Dan that sets the stage for his tribe to influence Jewish history and produce more distinguished individuals than the rest of the maidservants’ sons?”

Dan’s most famous descendant is Samson, who is a judge and warrior with uncommon strength but also is a hot-tempered loner with a weakness for women. The tribe of Dan, Ms. Price writes, “will lead and be successful against his enemies; yet concurrently, he will be isolated, angry, and disliked by those around him.”

Naftali and Asher, the two youngest sons of the maidservants, are barely mentioned in Genesis but seem to fulfil the important roles of dutiful followers of their father and their dominant half-brothers.

“Throughout history, they are happy to follow; they never rebel or assume leadership positions,” Ms. Price said. Naftali’s only known descendant, Barak, is depicted in Judges as a capable general who is willing to lead a battle against the enemy only if accompanied by Devora, the leader and judge of his time. “He never becomes the hero; that is a role destined for Devora,” Ms. Price writes.

The personalities of Shimon and Levi, the second and third sons of Leah, reflect the difficult relationship between their parents. They become a close duo “who grow up with strong feelings of anger against injustice” and a tendency to zealousness.

“Unfortunately, Shimon’s descendants manifest all of these attributes in a negative way,” the author writes. “In contrast, many of Levi’s descendants become the greatest leaders in history.”

Ms. Price, daughter of Marsha and Tom Friedman of Teaneck, previously contributed essays to YU’s two-book series “Mitokh Ha-Ohel, Essays on the Weekly Parashah from the Rabbis and Professors of Yeshiva University” and to various journals and magazines.

She said that she intended “Tribal Blueprints” to be accessible to readers of all ages and backgrounds. For those who wish to delve deeper into sources and commentaries, she provides copious footnotes. “Many of my favorite treasures can be found in the footnotes,” she said.

The book is part of Koren’s Maggid Tanakh Companion series, which incorporates traditional rabbinic interpretations with scholarly literary techniques to explore characters, themes, or sections of Tanakh — the Torah, Prophets, and Writings that comprise the Jewish Bible.

“The joy of writing this book was the sense that I was exploring — and, in some small way, getting to know — each of the sons of Yaakov,” Ms. Price said. “I see pieces of their personalities in all the people around me.”

However, she added, “While I’ve loved every moment of researching and writing this book, my passion is with my students and sharing Torah with them.”