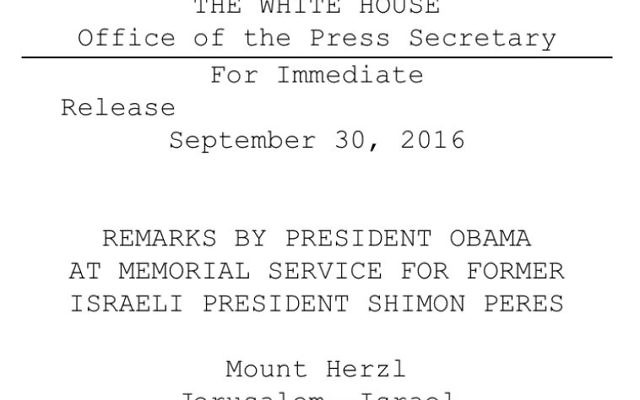 The White House corrected its transcript of President Barack Obama’s eulogy for Shimon Peres to remove “Israel” from the Jerusalem dateline.

The White House sent reporters a corrected transcript Friday afternoon, “with a corrected header” about nine hours after the transcript was first mailed.

Instead of simply removing “Israel”, they struck it through.

U.S. policy since 1949 has been note to recognize Jerusalem as belonging to any nation until its status is settled through peace talks.

Peres was buried on Mt. Herzl, deep on the western side of the city, land that has been held by Israel since its independence in 1948.