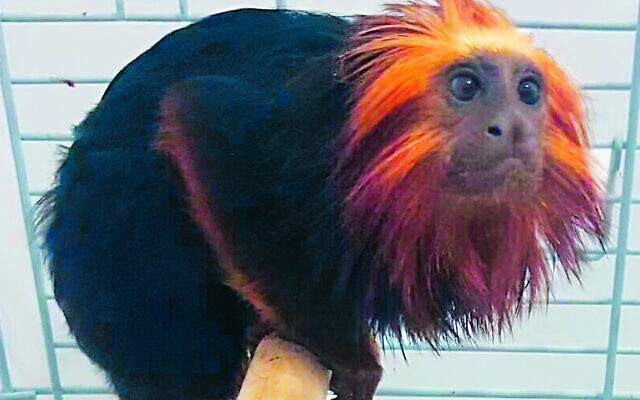 “There’s no business like monkey business” seems to be the motto of the criminal class near the Haifa suburb of Kiryat Motzin, where for the second time in 10 years thieves made off with a monkey belonging to the Hai Park zoo.

Back in 2011, thieves abducted six pint-sized squirrel monkeys they had sedated with drugged Bamba snacks. Police recovered one of the monkeys in Bnei Brak, but the Haaretz archives fail to report any further rescues.

The police had better luck this week.

On Tuesday, they announced the arrest of three men from nearby Kiryat Ata. The police said that the suspects were caught after a “swift investigation that included various actions, including using various technological means.”

The monkey was returned to the zoo.