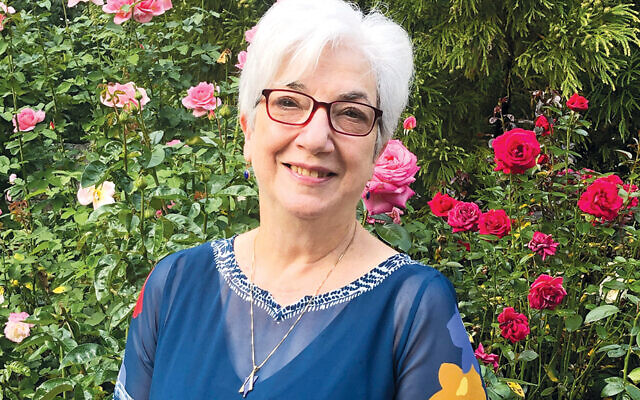 “It is not good that man be alone; I will make him a helper corresponding to him,” says the Almighty in the second chapter of the Book of Genesis (sefer Bereishis). In the more than 14 months that we have experienced the world of covid, I imagine that God’s directive might encompass even more than the hope that every person will find a partner, although that is most certainly critical. Perhaps He also wants to be sure that humans always remain connected to humans.

Paraphrasing John Donne’s original quote, “no man is an island,” we are reminded that all of us must and should rely sometimes on the company and comfort of other people in order not just to survive, but to thrive. Always alone, quite obviously, is not a life to which we aspire. But what do we do when the choice is not always ours?

So I share with you one particular piece of my evolving covid life. During the last few weeks, I actually have happily woken up early on Sunday mornings in order to watch my granddaughters — after a very long year of no official sports — play in their team soccer games. As a retiree, I admit that I wake up early only when absolutely necessary, and rarely happily. So why the 7 a.m. Sunday morning smile?

Trying to keep busy and healthy, particularly through those many months of 2020, I often walked around the path in Teaneck’s Votee Park, listening to my Neil Diamond, Garth Brooks, and Broadway musical songs on my phone. (Does my taste in music clearly define me?) The sidewalk surrounds the numerous soccer fields, baseball fields, and playgrounds in that area. Everything, of course, was gated closed until recently. Everything was quiet. Very, very quiet.  As I walked, I imagined those fields and playgrounds talking to me; I heard their voices sharing their sadness and loneliness as they lay there silent and unused. “Where are the children, the laughter, the balls, the running, the sounds of life above us?” they seemed to cry out. And my response? “Be patient; they will be back and you will smile again.” I heeded my own advice and was patient as well. Early Sunday mornings definitely are my reward.

I recognize with a full and grateful heart that I am one of the lucky ones during this pandemic. I have not been touched personally by tragedy or loss and I am humbled and saddened by those who have. I do not take it lightly that I was able to receive both Moderna vaccines safely – the first time in my life that I was excited about getting an injection! Additionally, I am a senior citizen who is comfortably retired and so I have not faced the challenges of working from home, children Zooming classes, breadwinners losing jobs, sons and daughters missing friends, people worrying about putting food on the table. Waking up and reciting the morning prayer of modeh ani no longer is a perfunctory task, but a heartfelt and powerful recognition and appreciation to the Almighty for granting me – and my children and grandchildren – another good day of life.

Like everyone else, I’ve missed a lot. And what I have faced most often, like so many other people, is the simple reality of being alone. But here’s the thing; I’ll take it.

Perhaps being alone in your house while following instructions during dangerous times is a test, and if we manage to keep the faith and pass the test, we hopefully are set free to walk arm in arm with our fellow man. Don’t we learn that lesson from the Passover story? In Exodus, Parashat Bo, Chapter 12, lines 22-23, we read: “You shall take a bundle of hyssop and dip it into the blood that is in the basin, and touch the lintel and the two doorposts with some of the blood that is in the basin, and as for you, you shall not leave the entrance of the house until morning. Hashem will pass through to smite Egypt, and He will see the blood that is on the lintel and the two doorposts; and Hashem will pass over the entrance and He will not permit the destroyer to enter your homes to smite.” The worst plague was about to envelop Egypt, but the Jewish people were told they would be safe if they stayed inside their homes. Weren’t we told the same thing last year? Doorposts show us the way out, but they also remind us of the way in. And “in” is where we needed to be.

My doorposts defined my space inside the house for Passover in 2020; my first column in the Jewish Standard described how I carefully ventured outdoors in order to sit outside my son’s window – not inside his house — to join in one seder. The weather did not allow a repeat the next evening. Alone was a big part of everyone’s life those days; a year later, a bit like the Children of Israel leaving Egypt, we walk much freer, and with others by our side.

The experience of being alone, of course, did not begin with covid. Of all the poems I learned in elementary school, the one that has remained clearly in my memory (to be truthful, part of the assignment was to memorize the lines!) and speaks to me when I have often been alone this past year is William Wordsworth’s poem “I Wandered Lonely As A Cloud.”

So many of us can relate to the feelings the poet has of wandering lonely as a cloud, but that changes when he chances upon a host – actually he says ten thousand – of golden daffodils. Watching those flowers “tossing their heads in sprightly dance,” Wordsworth says he could not help but “be gay in such a jocund company.”

How I love that he first uses nature to define his loneliness, but is then able to appreciate the beauty in nature that erases those feelings! I get that. I have walked almost every day during covid, even on the coldest winter days. There always was something empowering about walking outside while experiencing God’s world surrounding me; the thoughts of being alone no longer were center stage.

That mood often carried me through the day. It did the same for Wordsworth, who ends his poem with: “For oft when on my couch I lie in vacant or in pensive mood, they flash upon that inward eye which is the bliss of solitude, and then my heart with pleasure fills, and dances with the daffodils.”

The “inward eye” of solitude does not have to be saddened by being alone.

And if you appreciate nature and you can begin to feel less alone in God’s world, always remember those daffodils. Can there be a happier flower color than yellow? After 9/11, New York City officials took their cue from Wordsworth and planted 10 million – not just 10 thousand, 10 million — daffodil bulbs in the city. The hope was to soften the sadness left by the shocking deaths that followed the Twin Towers catastrophe. In 2007, daffodils became New York City’s official flower. Wordsworth most definitely would have approved.

So I’ll take being alone and I will always work with it. “Some people are always grumbling that roses have thorns; I’m just thankful that thorns have roses,” someone once wrote. Keeping that image in mind, we learn in the Talmud that in the midst of the sweet-smelling incense mixture in the Temple, we were instructed to include galbanum, which has a particularly foul odor. In the final analysis, we must be satisfied with our lives, always accepting the reality that good is sometimes tempered with bad; happiness with sadness; joy with grief; everyone together with being alone; In the process, the pleasure of all things positive is that much more precious. I get it, and I believe I have mastered the Art of Being Alone. And thankfully, as I find myself less alone, the Art of Living is that much more remarkable.

Tzivia Bieler and her late husband, Bruno, moved to Teaneck in January 1974. She retired three years ago as the executive office director of the American Jewish Joint Distribution Committee. Retirement brings her pleasure, and more time to spend with children and grandchildren.