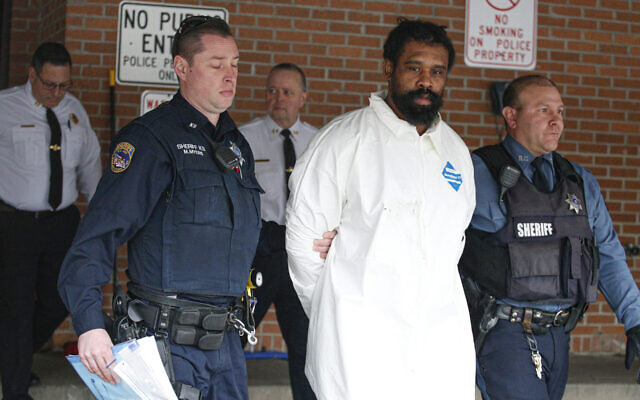 Prosecutors filed federal hate crimes charges Monday against the man who allegedly attacked several individuals with a machete during a Hanukkah celebration at a Hasidic rabbi’s home in Monsey.

“Officials said they had recovered handwritten journals expressing anti-Semitic views, including references to Adolf Hitler and ‘Nazi culture,’ and drawings of a Star of David and a swastika, according to the complaint” against 37-year-old Grafton Thomas, The New York Times reported.

Thomas’ phone revealed he had recently searched online for phrases like “Why did Hitler hate the Jews,” “German Jewish Temples near me” and “Zionist Temples” in Elizabeth, New Jersey, and on Staten Island.

The Saturday night attack in Monsey left five people injured; one remains in critical condition. Grafton was arrested that night in Harlem after fleeing the party by car.

The U.S. Attorney’s Office in Manhattan filed the charges.

There has been a proliferation of attacks on Orthodox Jews in the New York-New Jersey area in recent weeks, including one on a Jersey City kosher supermarket earlier this month in which four people were killed along with the two shooters.