Nursing homes have been much in the news during the covid-19 crisis. That’s not surprising when you consider how many seniors have suffered, and died, from the virus. What we are less likely to consider is the cost to our eldercare organizations of ensuring that state-of-the-art prevention measures are taken, first-class care is given to those affected, and programs are restructured to accommodate the new reality.

The cost is considerable. 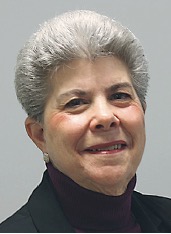 “The first 90 days — March, April, May — our actual expenses were 3.1 million,” Melanie Cohen, the executive director of the Jewish Home Foundation, said. They also were “unbudgeted and unexpected.” The money went mainly for PPE, additional payroll, and labor. The organization’s staff “were working a lot of overtime. This also reflects loss of revenue, since we weren’t taking new admissions.

Moreover, that figure “doesn’t include June,” and as of June, the state required biweekly testing of residents and staff. Tests cost $100 each. Although insurance and Medicare covers the costs of testing residents, the staff is insured by the organization itself. Those costs add up.

Still, Ms. Cohen said, “There’s no looking back. We’ll have this until this virus goes away, to keep staff and residents safe.

“Who could have anticipated this? Everyone talks about the new normal. I want the old normal.”

Unfortunately, however, the new normal must prevail for the time being.

Because the foundation does not have the luxury of holding its spring fundraiser as it usually does — but it needs the proceeds of that fundraiser now more than ever — the Jewish Home Family will hold its 26th Annual Golf, Tennis and Card Outing on Monday, July 20. And it will be online.

The event, which will begin at 5:45 p.m., is one example of how the Jewish Home Family “will have to reinvent ourselves,” Ms. Cohen said. “It’s never been as important as this to us, so we couldn’t cancel. So we sat down and put our heads together and said, ‘Let’s see what we can do.’”

Ms. Cohen reflected on how the “old normal” came to be. “When we were still located in Jersey City, we needed to do fundraising to support operations. Golf was becoming very popular at that time, and organizations were just starting to use golf outings as fundraisers. It’s grown tremendously and we now include a tennis tournament and a 50/50 raffle. We also do a silent boutique auction. And, most recently, we incorporated a card tournament for those who don’t play golf or tennis but want to support us. They bring their own games, like bridge and Mah Jongg. The day always has been very long and inclusive. 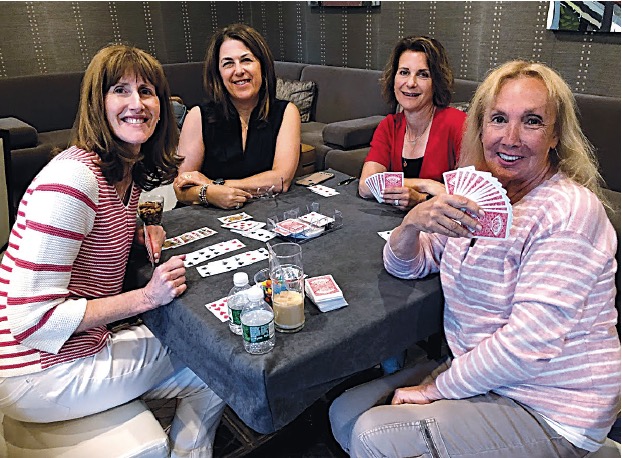 “We start with a lavish buffet lunch,” she said, and golfers later are treated to a hot dog barbecue, tennis players get fruit kebabs, and card players have chips and dips. The day concludes with a cocktail hour, followed by a sit-down dinner. People who prefer to skip the rest of the day can just buy a special ticket and join the group for cocktails and dinner.

But, as we said, that was then.

“Our original date was June 1, but we realized in March that this wasn’t going to happen,” Ms. Cohen said. “So we postponed it to July 20.” Jewish Home Family leaders also realized that they wouldn’t be able to have a buffet lunch or a sit-down dinner. With these limitations in mind, but determined to give supporters a fun experience, organizers came up with a one-hour Zoom program that still will gratify sports fans.

This year, the event will begin with a welcome by Ira Robbins, the president and CEO of Valley National Bank, the presenting sponsor. The speakers will include sports personalities Gary Bettman, who is the commission of the NHL; former NY Giant Super Bowl XXV MVP O. J. Anderson; and NY Knicks legend John Starks. The event also will include cameo appearances by Tom Arnold, Luke Donald, Bethenny Frankel, and Ice-T.

“We usually have about 250 participants over the course of the day,” Ms. Cohen said. “We hope we will have similar attendance on Zoom. But even if it’s only 100, that’s fine. We’re getting a tremendous amount of sponsorship support. People in the community who realize how important funding is to eldercare organizations have been forthcoming with support, sending in sponsorships, buying raffles, or just writing a donation check. Also, with the Zoom format, there’s little expense, while the traditional format is very expensive. Now, even if we don’t raise as much, we’re not spending as much. It’s an opportunity to provide the same funding.”

The golf outing normally is the organization’s second largest fundraiser. “Our largest is our journal and gala in the fall. This is our spring event,” Ms. Cohen said. “We couldn’t just fold our arms and say forget about it. We needed something to produce funding and give something back.

“We’re fortunate,” she added. “People are stepping up to the plate. There’s incredible community support.”

The specter of the virus, however, still looms over the organization, as it does over the rest of the community, and the country. “We did lose some people, but we had more people who were affected who recovered,” Ms. Cohen said. “We fought very hard to control it in the building and provide as many therapeutic treatments as possible for the residents. A lot of them are very strong-willed. There were quite a few miracles, in all honesty — to see someone close to death and barely able to breathe one week, recovered and able to walk the next week, is a miracle.

“We’re still in a cautious and protective mode,” she continued. “There are still no inside visits, only outdoors.” She also noted that under normal conditions, more than 300 volunteers assist the staff at Jewish Home Family facilities. “We haven’t had volunteers since the beginning of March,” she said. “The staff has to provide everything.” On the other hand, with social programs curtailed, it’s not quite as bad as it sounds. Residents are allowed outdoors, wearing masks, but dining rooms still are closed.

Pre-registration for the fundraiser is necessary; it’s at https://tinyurl.com/JHFgolfouting.