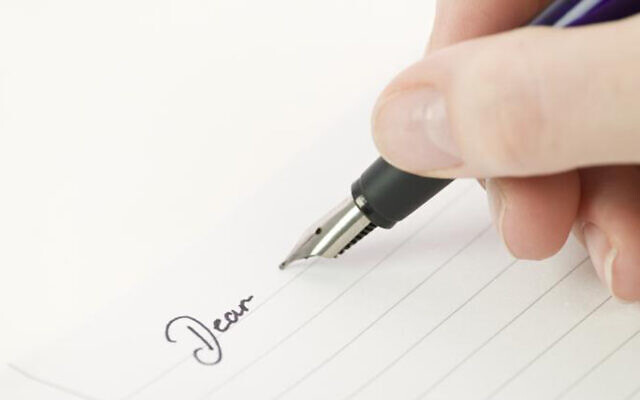 Esther Kook’s article, “Almost Acclimated” in the Jewish Standard on May 2 was most entertaining. contrasting city and suburban life depicted by the habits of a squirrel.

Soon the discussion transformed into a subject that remains a bone of contention for me. Esther piqued my interest when she started expressing frustration about why Bergen County still holds to the archaic blue laws.

I can’t agree with Esther more. Patterns and change in the twenty-first century attest that the archaic laws are no longer relevant. The truth speaks for itself when obviously every other area already has abolished the laws within our country and beyond, in Europe as well, recognizing that the restriction is questionable. Why is it still being adhered to?

It is not surprising that Esther cites varying opinions. which is typically the nature of any issue, since life and people are basically polarizing. When people agree to disagree it is actually a good thing. Examples are provided whereby some covet the laws, citing advantages ,while others are annoyed by its continued existence.

What truly concerns me overall is the dogmatic attitude that there is no choice in the matter and it will never, ever change. Has anyone noticed? Culture, lifestyle, and attitudes are always in a state of flux, reflecting on the zeitgeist of the times. If change wasn’t fluid, we’d still have no women suffrage, minorities would still be sent to the back of the bus, and there would be rampant discrimination. I respect all opinions and recognize a range of responses and evolving preferences, which is part of life. I remember the days when the busiest hub of NYC was closed on a Sunday, yet now it is thriving, with theater and open shops (at least during pre-pandemic times, with hope for a rebound soon).

I do find it distasteful that our local Costco, which is open on a Sunday, with a packed parking lot demonstrating that people do want to shop, has aisles roped off for the items that are banned for sale on Sunday. I do find it annoying that Barnes & Noble is open, yet the mall behind it is blacked out. As a busy realtor, I work all day every Sunday, yet if I want to run to Sephora for a lipstick I cannot. I find it distasteful when we have to use our extra hard-earned money on gas and waste time to travel out of the very area we pay hefty taxes to live in.

I am also a Sabbath observer but I do not want to focus on that. Sabbath observers are a small minority in our nation, yet all other locales have already abolished the irrelevant restriction. The Blue Laws were written on blue paper during the 1800s to uphold the sanctity of the Christian belief that Sunday is a time of rest.

As far as transportation congestion, our taxes pay for road improvements to meet our growing demands. Should we go back to horse and buggy to alleviate all traffic problems, or do we accommodate traffic studies to meet our daily needs? Perhaps Sunday openings would relieve some congestion on Saturday. Balance is usually a healthy result.

It seems that Paramus has the power to harass everyone else not to dare bring it up. Some people do remember that we had a chance to vote on the topic of local option on Election Day to abolish the restriction. However, that was decades ago. It is now time for another vote on local opening preferences. Let Paramus stay closed while the surrounding areas have the option to open up on Sundays to accommodate those who desire it.

The elected officials have ignored the issue of change in this area. A referendum must be placed on our voting ballots. Let the people’s choice be heard. It’s time. Don’t you agree?

More on the Iran deal

In his April 20 column, Max Kleinman offers a scathing criticism of the 2015 Iran Nuclear Agreement, negotiated by the U.S. plus China, Russia, France, Germany with the support of the EU .

Kleinman’s main criticisms are that the Agreement ignored Iran’s support of terrorism; it did not deal with Iran’s continuing development of non-nuclear weapons such as missiles and rockets, and that it was limited to 15 years ( 2015-2030).

While these shortcomings are valid, it is important to recall that the overriding concerns of Israel and the U.S. in the years preceding the agreement was Iran’s continuing to enrich uranium with the goal of developing nuclear bombs. The menacing omissions noted by Kleinman represented threats of a different order, to be addressed once the nuclear threat was significantly diminished. And, in fact, the Agreement reached under Obama’s leadership did lower significantly the risks posed by Iran’s unconstrained nuclear development work .

Specifically, Iran agreed to reduce the centrifuges in its possession by more than two-thirds, and was allowed to use only about 5,000 for enriching uranium. Further, the centrifuges to be used were all first-generation technology, dating to the 1950s .

Most important, the Agreement forbade Iran from enriching its uranium beyond 3.67% purity, which limits its usability only for nuclear power generation.

The Agreement included a rigorous inspections regime to ensure full compliance by Iran. The inspections were to be performed by International Atomic Energy Agency (IAEA) experts, who would have full access to all of Iran’s declared nuclear sites, and would also be allowed to visit non-declared sites where they suspect undisclosed nuclear work might be going on. In fact, subsequent Inspection reports issued by the IAEA confirmed FULL compliance by Iran.

Preventing nuclear enrichment beyond 3.67% for 15 years ( 2015-2030 ) under a rigid inspections regime was unquestionably a major achievement of the Obama Presidency.

When Trump pulled the U.S. out of the Agreement, he assured us that the crippling sanctions he would impose will bring Iran to its knees and force it to end its nuclear development work. However, the actual consequences of Trump’s withdrawal were quite different: Iran proceeded to enrich its uranium to increasingly higher levels using a larger number and more advanced centrifuges. Indeed, just a few months ago Iran announced its intention to enrich its uranium to 60 percent purity. Getting from this level to 90 percent purity — the level needed to produce the bomb — is much easier. The dangers we are now facing are far more urgent, requiring intense efforts by the West to reach an agreement once again.

(Dr. Matityahu Marcus is an emeritus professor of economics at Rutgers.)