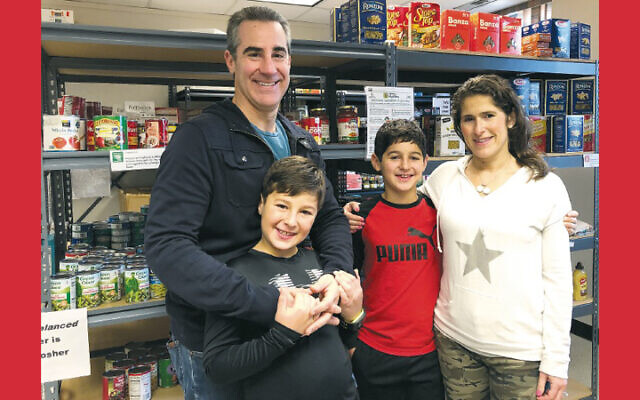 Inspired by Nesya Bayewitz’s 2019 Wheels for Meals’ bat mitzvah team, which raised $16,000 for JFCS with a 60-member team made of family and friends, Gregory Michaels of Tenafly chose to work with Jewish Family & Children’s Services of Northern New Jersey and its Wheels for Meals — Ride to Fight Hunger, which will be held — virtually — on Sunday, June 14. That’s the day after his bar mitzvah at Temple Emanu-El of Closter.

“I love to ride my bike,” Gregory said. “During quarantine, I have spent more time on my bike than ever before. For the past few years, my family and I have done the 10-mile bike course on the Ride to Fight Hunger.” In addition to raising money for the ride, Gregory has also spent time stocking the Teaneck JFCS food pantry, and his family delivers Kosher Meals on Wheels to homebound seniors every week. “I love to see how much people appreciate what we do for them,” Gregory said. 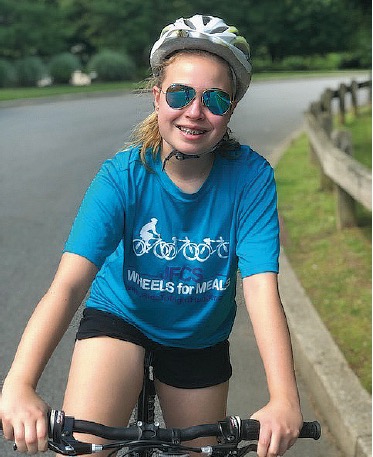 Maddie Brooks of Norwood, another teen who is including JFCS in her bat mitzvah celebration through the Wheels for Meals — Ride to Fight Hunger, has been participating in the JFCS bike ride for several years. She used to ride her tricycle in the parking lot while her siblings rode the longer bike routes. Now that she is older, Maddie has chosen to lead her own bike team, “Moving with Maddie,” in honor of her bat mitzvah.

Laurence Geyer of Teaneck, whose daughter Avigayil also is celebrating her bat mitzvah through the ride, said, “We both share the love of biking. JFCS offered us an amazing way to spend time together and do a mitzvah.” 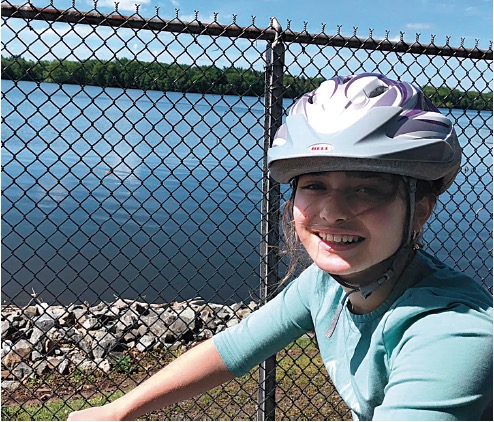 Families who choose to include the annual bike ride as part of their children’s celebrations often are looking for a meaningful bar or bat mitzvah project that speaks to their child’s interests.

Leading a team for the JFCS ride is an interactive way to do a mitzvah and teach children about the importance of community work and helping those who are less fortunate. That need has been growing during the pandemic. Since it began, there has been a significant increase in the overall use of JFCS services, including a 53 percent increase in Meals on Wheels deliveries, a 30 percent increase in food pantry visits, and a 20 percent increase in therapy requests. The money raised from the ride will fund JFCS’s essential services, which target vulnerable populations in our local communities.

This year the ride itself has been affected by the crisis. It has gone virtual. Riders can bike or walk, with members of their families or teams, in a place and at a time that they feel is safest. Participants also can ride alone, creating their own route or following one of last year’s 10, 25, or 50-mile routes. (The routes are posted on the ride website, ridetofighthunger.com.) Two-time USA National cycling champion Mara Miller offers a Zoom class at 9 a.m. on Sunday morning for registrants who have a stationary or training bike at home.

“Even though we can’t ride together this year, it is more important than ever to raise funds to support those in need during this challenging time,” Maddie’s mother, Shari Brooks, said.