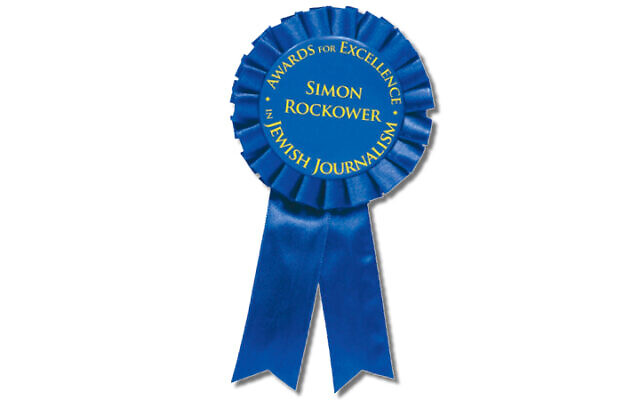 That was our estimable editor’s performance when the American Jewish Press Association announced its annual Rockower Awards for Jewish journalism last week.

Joanne Palmer won an honorable mention for Excellence in News Reporting for her coverage of “Shootout in Jersey City.”

She earned second place for Excellence in Writing about Social Justice and Humanitarian Work for “A place where you don’t have to hide,” an article about Eshel, the group for Orthodox parents of GLBT kids.

And she was awarded first place for Excellence in Writing about Jewish Heritage and Jewish Peoplehood in Europe for “In Lithuania, before the war” her cover story on the Yeshiva University Museum’s exhibit of a pre-Holocaust family photo album.

And one more bit of Jewish Standard pride: Marla Cohen, who won second place for Excellence in Commentary for her op-ed, “Straight shooting for 21st-century Jews.” Mazal tov!