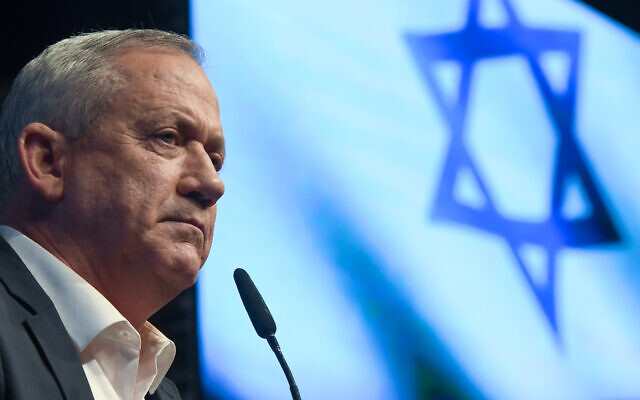 Backed by the Blue and White party of Benny Gantz, Israel’s Knesset voted Wednesday to approve a ban on gay conversion therapy, which appears to be part of a crisis in the government coalition.

Later in the day, Prime Minister Benjamin Netanyahu decided not to pass the 2020 budget, as specified in the coalition agreement between his Likud party and Blue and White, in order to bring down the government and move to another vote in November, the Haaretz newspaper reported.

The gay conversion legislation, approved in a preliminary vote of 42-36, would revoke the license of any psychologist who uses the controversial therapy, and would levy fines and jail time. It does not mention rabbis who practice such therapy, which remains legal in Israel and is practiced in segments of the Orthodox community.

Both Blue and White and the Labor Party, who are part of the coalition government, voted with the opposition in favor. The measure, which was proposed by the opposition Meretz party, must pass three readings before being approved.

Likud party lawmakers were officially ordered to vote against the bill, though Public Security Minister Amir Ohana, who is gay, voted in favor. Several Likud lawmakers absented themselves from the plenum during the vote.

The coalition agreement between Blue and White and Likud requires mutual agreement on all votes except West Bank annexation.

“We promised that and we will deliver” on rejecting conversion therapy, Gantz told his lawmakers in a message prior to the vote. “There could be repercussions. Nevertheless, this is a top-priority moral issue and it’s the right thing to do.”

The move by Blue and White angered haredi Orthodox lawmakers, who are part of the government coalition.

The United Torah Judaism party announced hours after the vote that it would propose bills dealing with religion and state that it had previously deferred in order to reach consensus in the coalition.

“Blue and White’s poor conduct, in violation of coalition discipline, is an open affront to our political partnership,” Housing Minister Yaakov Litzman, head of UTJ, said in a statement, Israel’s Channel 12 reported. “Likud must decide whether it knows how to manage a coalition or if it is committing political suicide.”