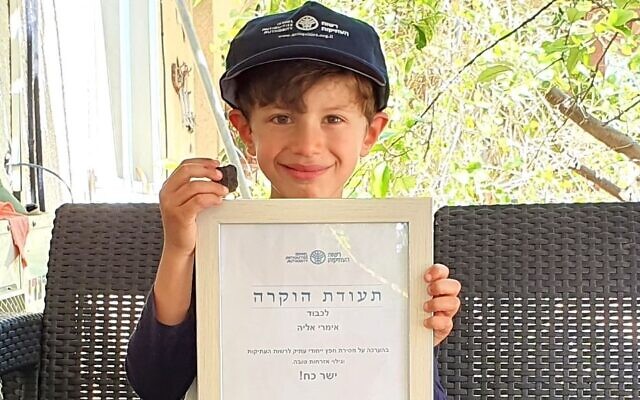 A six-year-old Israeli boy discovered a 3,500-year-old tablet during a visit to the site of an archaeological site in the Negev desert.

Imri Elya from Kibbutz Nirim found the artifact at Tel Jemmah, and turned it over to the National Treasures Department of the Israel Antiquities Authority.

The 1.1-inch by 1.1-inch clay tablet is engraved with a depiction of a man wearing a skirt leading a naked captive whose hands are tied behind the back. The tablet seems to indicate ethnic differences between captor and captive; the captor’s hair is curled and his face is full, while the captive is thin and his face elongated.

It is the first such tablet ever found in Israel.

Researchers estimate that the artifact dates to between the 12th and 15th centuries BCE, a period during which the Egyptian empire ruled the area.

The tablet “opens a visual window to understanding the struggle for dominance in the south of the country during the Canaanite period,” archaeologists Saar Ganor, Itamar Weissbein and Oren Shmueli of the Israel Antiquities Authority said in a statement. 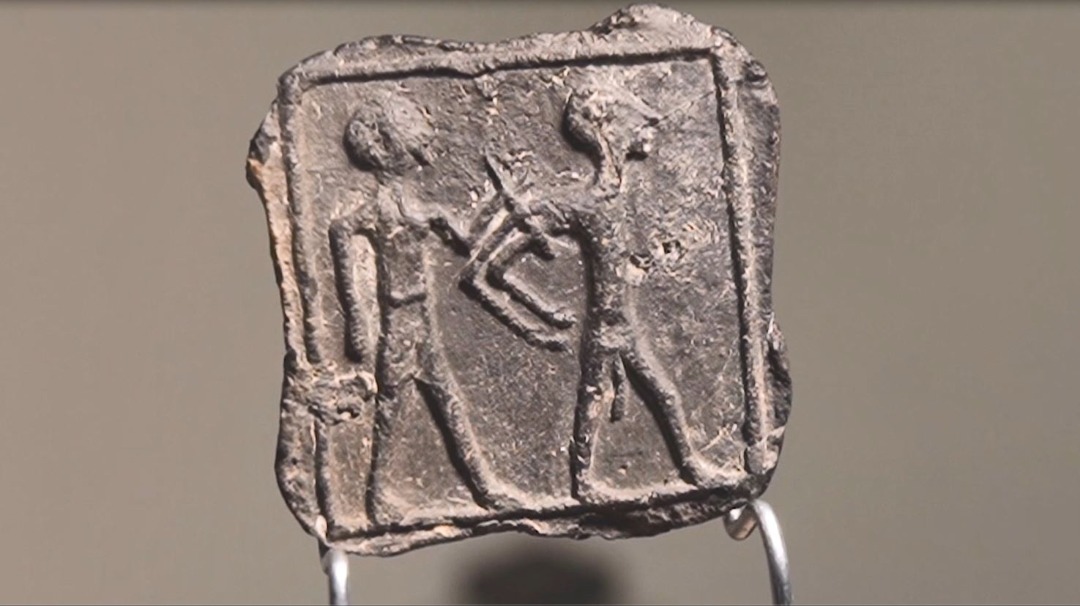