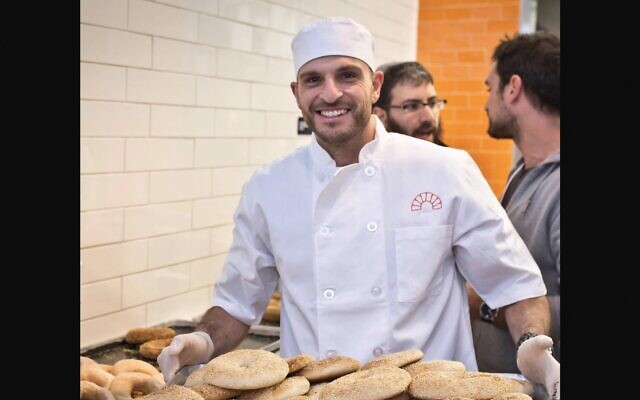 Isaac Yosef opened the kosher Frena Bakery and Cafe in 2016. (Courtesy of Yosef)

SAN FRANCISCO — Frena Bakery and Cafe opened in this city more than four years ago and quickly became known for its savory stuffed Sephardic pastries like bourekas and sambusak, breads from challah to pita to Jerusalem bagels, and desserts like rugelach and babka.

Thanks to a popular podcast about life in prison called “Ear Hustle,” the kosher bakery has now become known for something else: hiring the formerly incarcerated.

Frena had only been open for a few months when Carlos Flores, recently released from prison, came in seeking employment, using the Hebrew he had taught himself inside to read the Old Testament in its original. He had no baking experience and little employment history after serving 23 years – he was 16 when he went in, 39 when he came out – for murder and robbery.

Given the centrality of teshuvah, or repentance, in Judaism, Frena owner Isaac Yosef said, he didn’t think twice. He told Flores to report for work that Sunday.

Yosef didn’t know that in that one split-second decision, he was opening the door for many others to follow. As it turned out, Flores lived in a transitional house a few blocks away. Once he was hired, word spread quickly throughout the “lifer” community — those who serve sentences for murder, which are usually 25 years to life — that the bakery was willing to hire them. Formerly incarcerated individuals expect job hunting to be a challenge, as many employers do not want to take a chance on a felon.

Over the past four years, Frena has built a reputation within the lifer community as a reliable employer of the formerly incarcerated and has specifically hired more than 20 residents of the nearby halfway house. Turnover is high: The residents are only required to live in transitional housing for six months.

In April, “Ear Hustle” devoted an entire episode to Frena, which the show deemed “the Lifer Bakery.” The numerous former employees interviewed expressed their gratitude to the bakery for taking a chance on them when few others would. In the episode, Yosef also expounds on how the word “kosher” doesn’t only mean a way of eating — that for him it’s a way of life expressed in how you treat others and your employees.

Frena is located in San Francisco’s South of Market neighborhood on a block with a rough reputation that the local chapter of the Hasidic Chabad-Lubavitch movement is working to reimagine as a “Jewish corridor.” The bakery’s neighbors include a kosher shawarma and falafel place that opened in 2020 and, naturally, a Chabad House. Chabad and Frena have partnered to distribute food to the many needy people in the neighborhood.

Yosef said that being a Jewish business owner comes with a certain responsibility. He is always mindful of how he treats the residents of the neighborhood, giving food to those in need, “especially since there’s a big kosher sign.”

“Everyone knows we’re Jewish,” he said, “and we have to make sure we are giving a good name to ourselves.”

Yosef, 36, is originally from Beersheba, Israel, and did not grow up religious. After working in construction and retail, he opened Frena with a partner who has since moved on, and Yanni, a fourth-generation master baker who goes by one name. Yanni’s great-grandfather came from Iraq and had a bakery in Jerusalem’s Machane Yehuda market. Frena opened at the end of 2016, providing kosher food to a city with a celebrated food scene but few kosher options.

It’s a good match, Yosef said of his establishment and the formerly incarcerated. Bakery work is demanding, and these workers are up to the task. And given that they are getting a second chance, they are highly motivated to do well.

“Their work ethic is very high,” Yosef said, noting that they are used to a loud atmosphere with lots of yelling. “They feel at home.”

Flores worked at Frena on and off for about three years before moving on; today he has his own carpet cleaning business in Washington state. Having such a demanding job, especially one where he had to learn the kosher laws, “helped me so many ways in my everyday life,” Flores said.

Brandie Talavera also came to Frena from transitional housing after serving three years for drug dealing. She was hired as a cashier, but Yosef quickly observed her drive and promoted her to his assistant, teaching her about billing, accounting and how to run sales. Talavera was the bakery’s catering manager and sales grew exponentially with her in charge.

“I hadn’t worked in over 10 years and then got incarcerated,” she said. “This job got me my work ethic back, and I took it from there.” 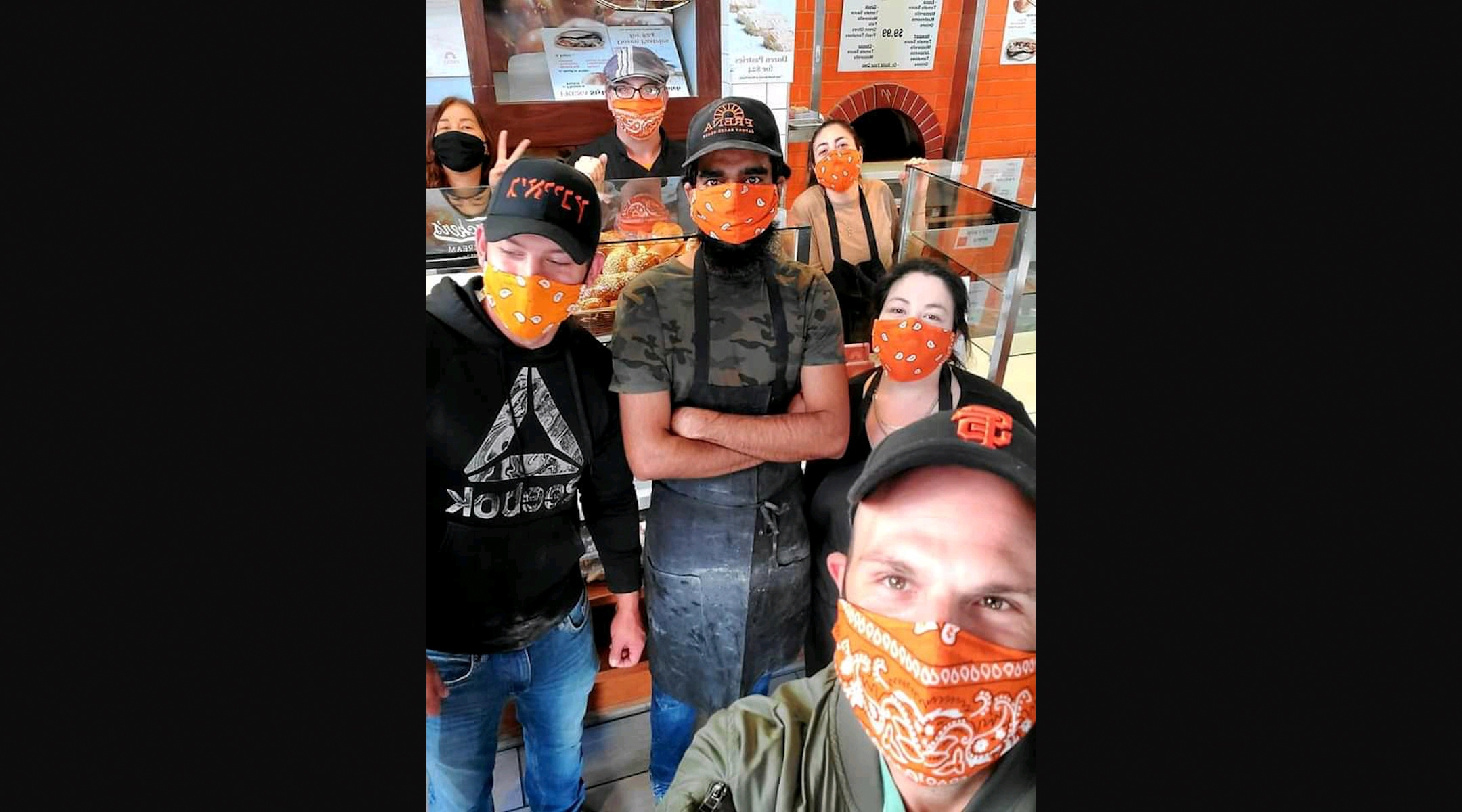 Yosef, foreground, with members of his staff. He says the “work ethic is very high” of the formerly incarcerated individuals he hires. (Courtesy of Yosef)

Yosef has become not a bit of a social worker, too, as sometimes these employees have special needs. One featured on the podcast had to wear an ankle monitor as a condition of his parole, and he spent the first and last hours of every shift tethered to an electrical outlet to ensure it stayed charged during his long shift.

Yosef speaks to his employees’ parole officers to get them special permission to work the night shift, since often parolees have curfews. He loaned Flores his car so he could take a driving test. He also sometimes loans them money when their bills stack up, and was the one to inform Flores about a lottery for low-income housing that ultimately allowed him to move into his first apartment after the halfway house.

“All Isaac wants to do is help,” said Talavera. “He taught me so much. Every day, I went to work thinking I wanted to do better for him. They treated us like family.”

Never did Yosef think his Israel Defense Forces training would come in handy in such a way.

“A good commander doesn’t have to be the fastest or strongest or bravest, he just has to set a good example,” Yosef said. “If you do that, everyone will follow.”

Like nearly every food business, Frena has suffered during the pandemic. With the loss of catering, the bakery has started offering deliveries, setting up its van outside synagogues and Jewish community centers throughout the Bay Area to bring its goods to more people. Down to a skeleton crew now, Yosef said no formerly incarcerated people are working for him currently, but as soon as he can rehire people he will keep employing them.

But now, thanks to the exposure from a podcast with millions of listeners, Frena has found a new level of popularity. “We got people all over the world writing to us and wanting to support us,” he said.