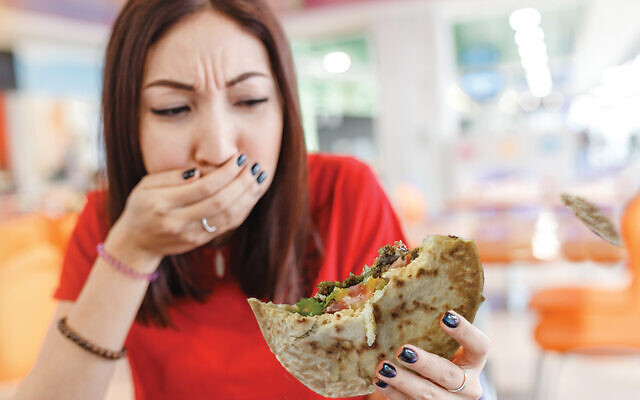 Last month, we told you that Israel’s McDonald’s fast food chain planned to add two pita-based sandwiches to its menu, the McKebab and the McFalafel.

The review assignment went to the paper’s news editor, Linda Dayan — a Jersey native from West Long Branch who has an immense fondness for McDonald’s.

“Like many Diaspora Jews who grew up in observant households, I saw McDonald’s as a symbol of the core of American identity from which I was excluded,” she wrote. “As a child, I pined for the toys and perpetually sticky Play-Places at my local branch. And even if I didn’t particularly yearn for the nonkosher cheeseburgers and nuggets, I wanted the experience of carrying a little red Happy Meal box, just like the kids on TV.”

She is not pining for McDonald’s entry into Mediterranean cuisine, however. The falafel balls taste “like beige,” she wrote.

“All in all, the falafel meal tastes like if someone who hates falafel explained falafel to someone who’d never had falafel before, but went on to make falafel from scratch based on that description,” she wrote.