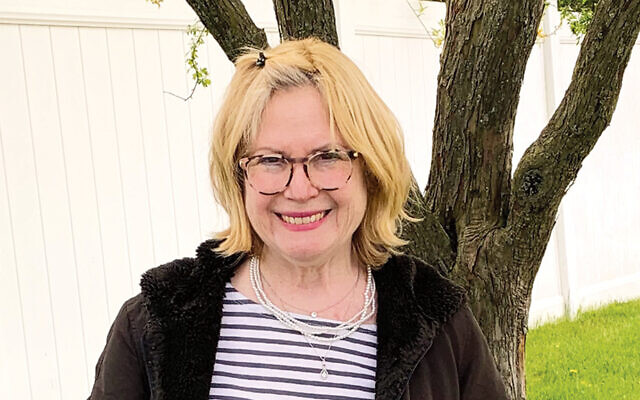 Certain episodes in life are etched into our memories, frozen in time, compartmentalized somewhere in our minds for years, even decades.

We might wish we could forget those painful, shaky, fiddler-on-the-roof-type episodes, when we thought we could fall because we were targeted for being Jewish. But some recent horrific anti-Semitic events triggered some deep-seated memories for many of us and jolted us back. Sometimes way back.

“Anti-Semitism is prejudice against or hatred of Jews,” as defined by the United States Memorial Museum in Washington D.C. “The Holocaust, the state-sponsored persecution and murder of European Jews by Nazi Germany and its collaborators is history’s most extreme example of anti-Semitism. Violent anti-Semitism and hatred did not end with the defeat of Germany. It is important to stand up to anti-Semitism and all its forms today.”

In May, a 29-year-old man who was walking to a pro-Israel rally in midtown Manhattan, wearing a kippah, was surrounded and brutally assaulted and beaten by a hostile group who were spewing anti-Semitic slurs. Also that month, in Los Angeles, Jewish diners were kicked, punched, and sprayed with chemical irritants.

When we heard about recent anti-Semitic events, chills went down our collective Jewish spine. We were horrified to the core. Those acts shook us up. They made us feel less safe. Less secure.

They also jogged memories of the times when we were targeted and singled out for being Jewish. Even if we weren’t physically attacked, many of us have been targeted by anti-Semitic slurs. You can never forget them, even if you want to.

It was very common years ago for students who didn’t live in the tristate areas, where there are many yeshiva high schools, to attend elementary school yeshiva and then public school. Leaving the warm cocoon of the yeshiva world was like a jolt of culture shock. But it was also eye-opening and exciting — we were mixed into a large melting pot of ethnicities. There were pep rallies for our football teams, and we got into the school spirit, singing and chanting cheers along with the cheerleaders.

Yet difficult situations happened at school as well.

My friend Susie Carni recalls clearly what happened when she was in fourth grade, in the 1970s. That’s when she switched from her yeshiva bubble’ to public school because her family moved from New York to Ohio. At recess one day, while she was playing, a child approached and called her a “kike” and a “Christ killer with horns.” “I didn’t know what to do, so I pretended that nothing happened, but I felt ashamed,” she said.

Another friend, Wendy Sommerstein remembered a painful episode in her life; this one too happened in the 1970s, in junior high. She lived in Massachusetts at the time. “I was beaten up by a girl regularly for being a Jew,” she said. “This girl threw pennies at me and ordered me to pick them up while she taunted me, calling me a Jewball. The beatings only stopped because a Black girl, who was my friend, threatened her.” When I asked Wendy what her reactions were to these attacks, she said, “I never hit her back. I crouched, and I don’t think I told anyone at the time.”

Throughout my four years in public high school in Scranton, Pennsylvania — once again, in the ‘70s — there were numerous instances when people would say to me, “Oh, you don’t look Jewish!” I’d look at them blankly. I didn’t know how to respond. No one had prepared me for this. But those comments stung. They felt wrong, almost accusatory. I wanted to say, “What do you mean by that? How am I supposed to look?”

At the time, my father was the rabbi of Beth Sholom Synagogue, and he was well known locally. One afternoon, while I was putting books away in my locker, I saw a group of girls at the end of the row of lockers who were talking and looking in my direction. I froze when one of them said, “Her father is a rabbi. Like father — like dog.” Instinctively, I wanted to say, “What?” But she had said it loud enough for me to hear it clearly. She wanted me to hear it. I focused straight ahead into my locker, all the while feeling their stares, as they waited for me to respond. After a few seconds, thank goodness, adrenaline thawed my frozen stance. I managed to quickly finish up at my locker, locked it, and walked away as fast as possible.

I tried to put those memories away, but to this day I can remember exactly where we all stood, their voices, and my palpable fear. They were big and loud girls, these bullies, and they were hard to miss. I was easy prey — I was small-boned, clearly out of my element, a shy 14-year-old freshman. For the next few years of high school, I adopted a low profile, hightailing in the opposite direction whenever those girls approached.

But we don’t have to be silent and rendered helpless anymore. We don’t have to feel frozen with shame. We can speak up. There are proactive and protective measures we can and should practice daily.

We can be prepared.

Elie Y. Katz, Teaneck’s deputy mayor, has some important suggestions. “People need to be aware of their surroundings,” he said. “It’s good to have a phone with you, but it’s equally important not to allow conversations to distract from your surroundings.

“Be aware. If someone approaches you in a negative way, don’t engage, just walk away. If a person is doing something suspicious or openly hostile from a car, try to get the license plate number, and then report it to the police. Also, don’t be hesitant to call 911, if there is any threat or acts of violence.”

Mr. Katz admits that in the heat of the moment, it’s not always easy to follow through with these measures, but they are vital to follow for our safety, and for the safety of our community.

Esther Kook of Teaneck is a learning specialist and freelance writer.